Will There be a Castlevania Season 5? 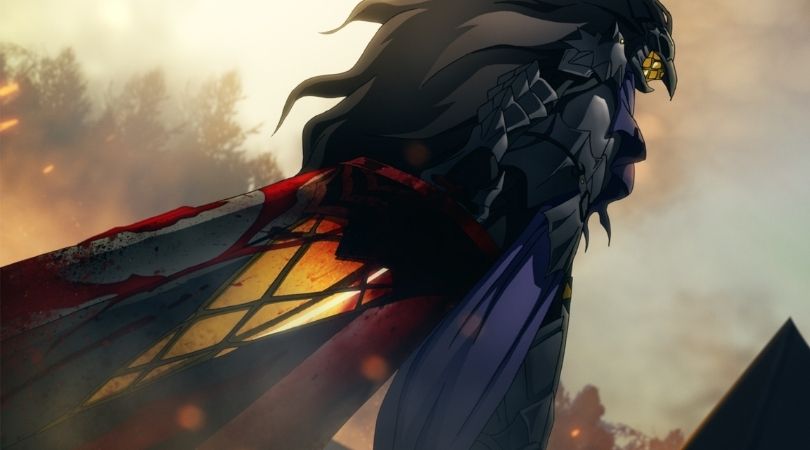 The web adaptation of Konami’s namesake Japanese video game series, ‘Castlevania’ is a horror dark fantasy animated show developed in the style of eastern animation but with western characterization. The story revolves around generational vampire hunter Trevor Belmont, speaker magician Sypha Belnades, and half-vampire Adrian “Alucard” Tepes as they fight to protect the people of Wallachia from the forces of the legendary Dracula.

‘Castlevania’ premiered on July 7, 2017, and has since become one of the most critically acclaimed, popular, and influential animated shows of all time. Its stunning animation, complex characters, compelling plot, and immersive worldbuilding have ensured that it will be watched and re-watched by generations to come. Season 4 has recently become available for streaming. If you are wondering whether there will be ‘Castlevania’ season 5, here is what you need to know.

‘Castlevania’ season 4 premiered on May 13, 2021, on Netflix. It has 10 half-hour-long episodes. Frederator Studios produced the series, with Warren Ellis and Adi Shankar receiving the creating and developing credits, respectively. Season 4 concludes the current storyline in Castlevania.

However, the producers have plans to develop future animated series set in the same universe. On May 11, 2021, Netflix representatives reportedly told a news outlet that the next series would have “a new cast of characters.” They also apparently made it clear that it would not be a spin-off show. Furthermore, Shankar has previously hinted that he wants to establish a larger narrative focused on several generations of the vampire-hunting Belmont family.

In July 2020, some outlets reported that Ellis would not be part of any future ‘Castlevania’ projects after season 4. The news came after Ellis faced allegations of sexual coercion and manipulation from multiple women. Considering ‘Castlevania’s popularity, Netflix will likely announce the development of the yet-to-be-named next entry in the ‘Castlevania’ web universe not long after the fourth season’s release. If that happens, expect this new ‘Castlevania’ animated web series, or simply ‘Castlevania’ season 5, to release sometime in 2022.

Castlevania Season 5 Cast: Who Can Be in It?

Murray, Findlay, Nighy, McDowell, Olagundoye, and Welliver will not probably appear in the next ‘Castlevania’ project, as their characters are dead. But death is a shallow concept in this universe, so there is always a possibility for these characters to return. The actors voicing human characters who are still alive, such as Armitage and Reynoso, will not likely reprise their roles in the next project, except maybe for the flashback scenes. However, Callis, McTavish, and other actors voicing immortal characters might get cast in season 5.

Castlevania Season 5 Plot: What Can It Be About?

‘Castlevania’ season 4 ends with Trevor, Sypha, and Alucard finding the peace and happiness they have sought. Trevor and Sypha are going to have a child together. Alucard and Greta decide that they and the survivors will build a new village under the shadow of Dracula’s castle. A place that was once filled with screams of horror will now echo with children’s laughter.

After realizing that Carmilla has died, Morana and Striga decide simply to walk away from death and destruction together. Hector decides to write a book about vampires, while Isaac resolves to make the world a better place with his night creature army. Meanwhile, Dracula and Lisa, who have returned from death, decide to move to England and lead a quiet life.

‘Castlevania’ is a massive video game franchise, so there is plenty of content for the producers to borrow. ‘Castlevania’ season 5 can use ‘Castlevania: Symphony of the Night’ as the source material. This will allow producers to develop Alucard’s story further. As Shankar hinted, the next project can also focus on other members of the Belmont family, including Christopher or Simon Belmont. Dracula will likely make an appearance in this project and inevitably meet his son again. The project also might flesh out the world by showing vampires outside Europe in their native regions.