Will There Be a Chaos Walking Sequel? 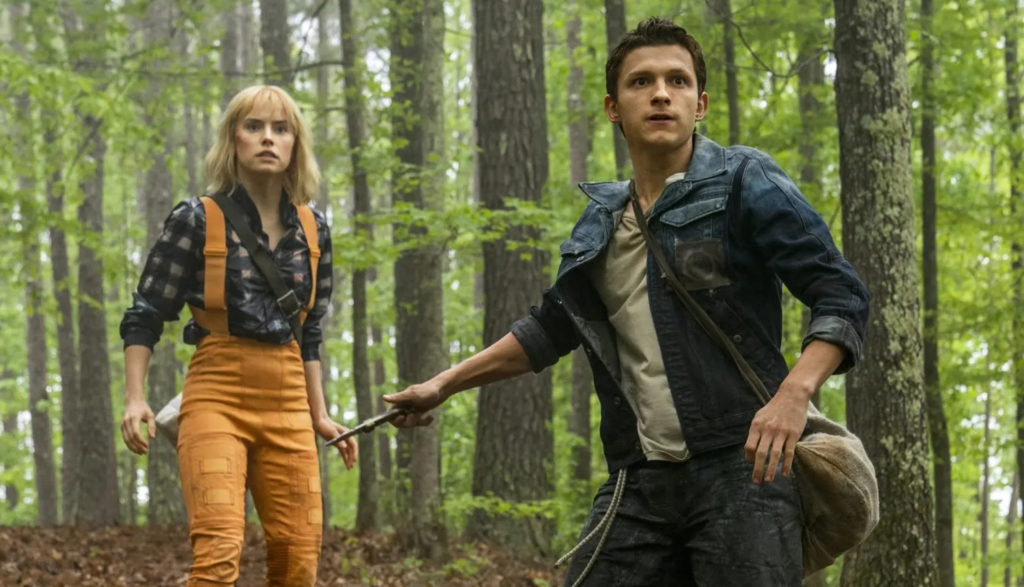 Directed by Doug Liman, ‘Chaos Walking’ is a dystopian science fiction film set in the not-so-distant future in a recently-colonized alien world called “New World.” Following a war with the Spackle, the native inhabitants of the planet, all women and most of the men have seemingly been killed by a mysterious affliction called “the Noise,” which verbalizes people’s thoughts. A young woman named Viola crash-lands on New World.

She is revealed to be a part of the second wave of settlers heading towards the planet. When Todd, a youth from Prentisstown, accidentally comes across Viola, the first woman he has seen in his life, both of their fates get forever altered. Following the film’s release, it received mixed reviews, with critics praising the film for its scope and performances but criticizing it for its plot and pacing. If you are wondering whether there will be a sequel to ‘Chaos Walking,’ here is everything we know.

‘Chaos Walking’ premiered in theatres in South Korea on February 24, 2021. The film had its US premiere on March 5, 2021. From the beginning, the production faced its fair share of problems. The film is based on ‘The Knife of Never Letting Go,’ the first book in British-American author Patrick Ness’ ‘Chaos Walking’ trilogy. Lionsgate Entertainment acquired the film rights to the trilogy in 2011.

Charlie Kaufman was originally supposed to pen the script. After his departure, other screenwriters such as Jamie Linden, Lindsey Beer, Gary Spinelli, John Lee Hancock, Christopher Ford, and even Ness himself were associated with the project. Ultimately, both Ness and Ford received credits for the screenplay. The film was originally supposed to come out on March 1, 2019, but the release was postponed due to reshoots. The cost to make the film eventually reached a bloated $100 million.

Considering all this and the lukewarm response that the film has been receiving, ‘Chaos Walking’ might not get a sequel, even though the initial plan was to adapt the entire trilogy of books. However, if the producers do end up taking the risk of making a sequel out of the second book, ‘The Ask and the Answer,’ then we can expect ‘Chaos Walking 2’ to come out in 2023.

Chaos Walking Sequel Cast: Who Can Be In It?

In ‘Chaos Walking,’ Tom Holland portrays Todd, while Daisy Ridley is cast as Viola. Other cast members include Mads Mikkelsen as David Prentiss, Nick Jonas as Davy, David Oyelowo as Aaron, Demián Bichir as Ben Moore, and Kurt Sutter as Cillian Boyd. If there is a sequel, Holland and Riley will most likely return to reprise their roles. Although Mikkelsen’s character falls several floors below the ship in the film’s climax, he is probably not dead, as Prentiss continues to be the main antagonist in ‘The Ask and the Answer.’ So, Mikkelsen also might reprise his role.

Chaos Walking Sequel Plot: What Can It Be About?

‘Chaos Walking’ ends with the arrival of Viola’s people to the planet. With Prentiss seemingly dead, Todd and Viola decide to help the 4,000 travelers become accustomed to New World. Viola also hints that she will stay with Todd and make her home amidst her people.

In the ‘Chaos Walking’ sequel, we might learn more about the Noise and the Spackle. The reason behind why humanity has become a space-traveling race might be revealed. Todd and Viola’s developing relationship might receive some focus. Whether or not Prentiss is truly dead might also be revealed.