Will There be a Django Unchained Sequel? 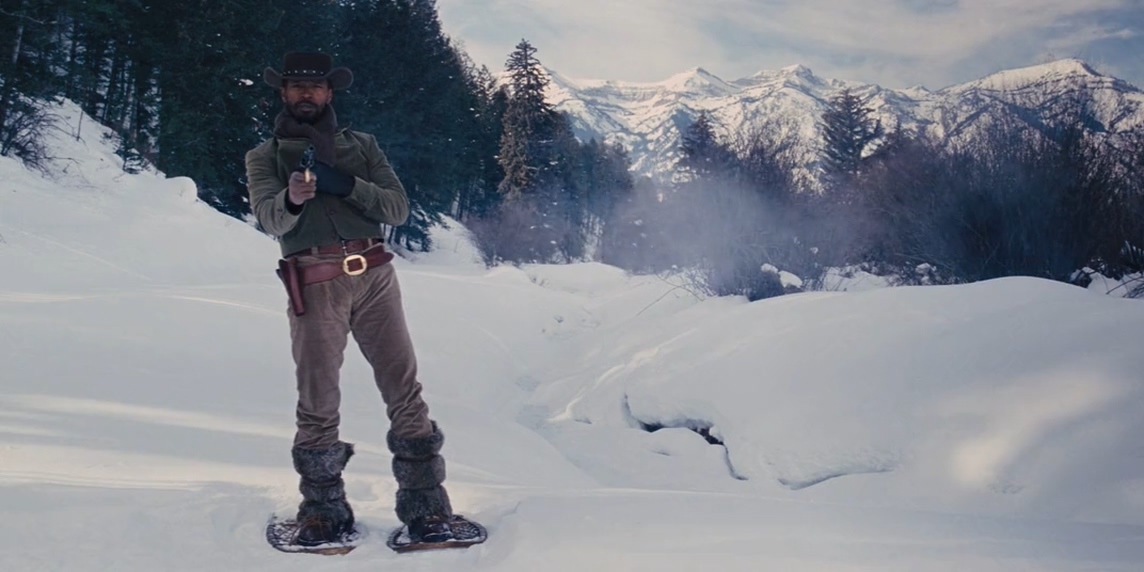 Despite, or as a consequence of its provocative retelling of history, Quentin Tarantino’s 2012 revisionist western movie ‘Django Unchained’ is a fine specimen of the genre. The story revolves around the titular character (Jamie Foxx), a slave in Texas who is rescued from his precarious situation by Dr. King Schultz, a progressive dentist. Together, they set out on a journey – Schultz in his tooth-emblazoned horse chariot and Django on his horse. Schultz is looking for three brothers who go by the names of Big John, Roger, and Ellis Brittle, and Django may have an idea what they look like.

Their harrowing bounty hunt sends them from Tennessee to Mississippi until we meet a diabolical business person who takes a liking to Django. This brings us to a bloody massacre and then an explosive finale. The film’s finality is seemingly well-rounded, but as it often happens in Tarantino’s movies, there remains scope for further spin-offs and crossovers. So, if you are weighing the possibilities of a ‘Django Unchained’ sequel, allow us to illuminate you.

‘Django Unchained’ premiered on December 11, 2012, in a limited screening at the iconic Ziegfeld Theatre in New York. After being delayed by a violent incident at a school in Newtown, Connecticut, the movie was released for the US public on December 25, 2012.

Let us now talk about the prospects of a sequel. As it often happens in the Tarantinoverse, there is seemingly ample scope for extending the story. The idea of a spin-off or a sequel crossed the mind of the director on several occasions. Despite its bold nature, the film was received quite well both critically and commercially, which gave Tarantino further incentive to progress the story. In 2013, DC Comics brought out a comic book adaptation of the movie. A couple of years later, Tarantino himself worked on a crossover comic called ‘Django/Zorro,’ which was brought out by Dynamite Entertainment. Coincidentally, the serial graphic novel is the first comic book sequel to any Tarantino venture.

In 2015, Tarantino’s next movie, ‘The Hateful Eight,’ also had its premiere. Tarantino originally conceived this movie as a sequel to ‘Django Unchained.’ Tarantino originally conceived the story as a paperback form, initially titled ‘Django in White Hell.’ He had the idea of taking the character of Django in the middle of a snow-capped region, and he worked on his ideas while on a grand tour of film festivals. But one day, he came to realize that the story did not need Django. Reasoning that the tale should not have a morally guiding protagonist, he replaced the character of Django with Samuel L. Jackson’s Major Marquis Warren. Did he lose interest in the sequel, then?

Apparently not. The ‘Django/Zorro’ crossover project lingered on the mind of the director, and in July 2019, Tarantino brought onboard Jerrod Carmichael of ‘The Carmichael Show’ fame to write a film script on the comic book series. Both Tarantino and Jamie Foxx expressed their interests in casting Antonio Banderas in the role of Zorro, who would be reprising the character from Martin Campbell’s original ‘Zorro’ movie franchise. As far as the story is concerned, the crossover would take place at a future timeline from ‘Django Unchained.’ Django, still a free man, agrees to become the bodyguard of fabled vigilante Zorro and free the indigenous people from the shackles of slavery. The project is currently at the stage of pre-production, and if things go well, we may expect the ‘Django Unchained’ sequel to premiere sometime in 2022 or later.