Will There be a Enola Holmes 3? 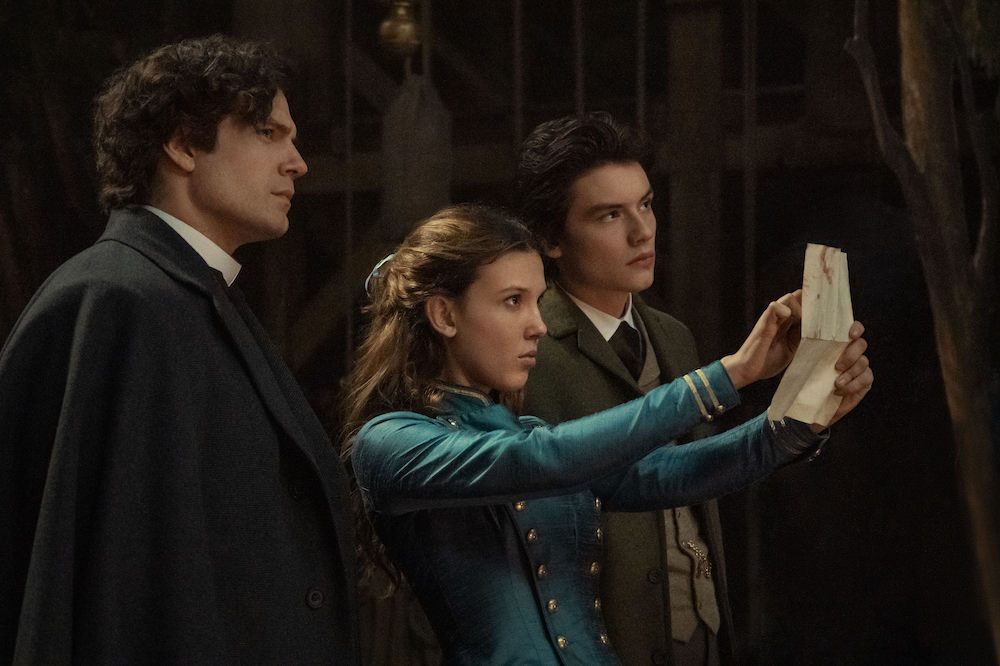 Netflix’s ‘Enola Holmes 2’ is a young adult mystery drama that follows the story of a young Enola trying to make her mark as a detective. The story spins off from the rich world of Sherlock Holmes and brings many familiar characters into the mix, though adds its own twist to them. Apart from serving an intriguing mystery, it also adds more substance to its plot by talking about some very important events that changed the course of history. If you enjoyed it, then you must be wondering if Enola will return to your Netflix screens with a brand-new mystery. Here’s what we know about ‘Enola Holmes 3’.

‘Enola Holmes 2’ was released on Netflix on November 4, 2022. The film opened to great reviews, with the critics hailing it as a worthy, and in many aspects, a better successor. The first film in the series was a huge success for the streaming service, becoming one of the most-watched titles in the year of its release. The sequel is set to repeat that, which means that there is a good chance that we might see Enola Holmes in action again.

Actress Millie Bobby Brown, who also serves as the producer of the film, told Screenrant that she would love to push the boundaries of her character in the coming film. “I would love to be a part of another one [film]. I would love to see her do more cases, be put under pressure, be put in crazy situations, make her feel vulnerable again. I absolutely love seeing her back at work,” she said. Director Harry Bradbeer, in talking about Sam Claflin’s absence in ‘Enola Holmes 2’, said that he would love for the actor to reprise his role in the future. This means that, even though Netflix has not officially greenlit the third film in the series yet, something on that front is definitely afoot.

Considering that ‘Enola Holmes 2’ was released two years after the first film, we can expect a similar timeline for the release of the third film. With that in mind, we expect ‘Enola Holmes 3’ to release sometime in late 2024.

Enola Holmes 3 Cast: Who Can Be In It?

‘Enola Holmes 2’ stars Millie Bobby Brown in the role of the titular character. Henry Cavill, Helena Bonham Carter, Louis Partridge, Adeel Akhtar, and Susie Wokoma also appear as Sherlock, Eudoria, Tewkesbury, Lestrade, and Edith, respectively. All of them are expected to come back for the third installment. The film also had David Thewlis in the role of Superintendent Grail, one of the antagonists of the story. Because he is defeated in the end and is most likely dead, Thewlis might not return in the next chapter of the story.

Mycroft Holmes did not show up in the sequel, but we expect Sam Claflin to reprise the role from the first film in the third part. The second film in the Enola Holmes series also introduces Sharon Duncan-Brewster as Moriarty and Himesh Patel as Dr. Watson. Because both of them are some of the most important characters in the Sherlock Holmes universe, we expect to see them again. A new film means a new mystery, which means a new set of characters, both good and bad. This opens the door for a lot of new faces to join the fray.

Enola Holmes 3 Plot: What Can It Be About?

‘Enola Holmes’ films are based on the book series of the same name by Nancy Springer. The first two books serve as the inspiration for the first two films. Should the filmmakers keep up with the tradition, we expect the third book in the series, ‘The Case of the Bizarre Bouquets’ to inform the plot of ‘Enola Holmes 3’. In the book, the sudden disappearance of Dr. Watson leads Enola on a trail that puts her in more danger and tests her mettle as a detective. Because the end credit scene of ‘Enola Holmes 2’ introduces Dr. Watson, we believe it might hint towards the plot of the next story.

While the movies rely on books to find the next adventure in Enola’s journey, they also lay out a path of their own for the protagonist. Both the first and the second movies considerably differ from their source material, trying to bring more relevance and depth to their subject matter. We expect a similar thing from the next film, which means that even for the fans of the book series, the film will have a lot of surprises in store.