Will There be a Finding ‘Ohana Sequel? 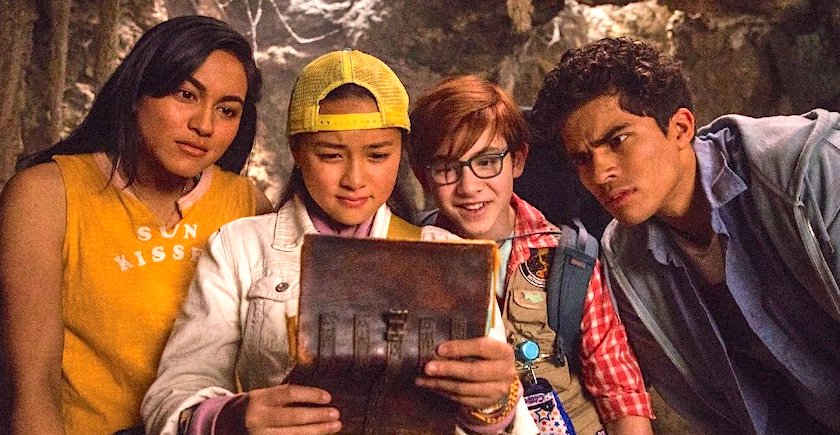 The feature film debut of long-time TV director Jude Weng, ‘Finding ‘Ohana’ is a celebration of Hawaiian traditions and culture. It tells Pili’s and Ioane’s story, siblings who return to Oahu, Hawaii, with their mother Leilani after their grandfather Kimo suffers a heart attack. Once there, Ioane discovers that Leilani is weighing the option of selling their Brooklyn apartment to pay the debt that Kimo incurred and permanently relocating to the island. Meanwhile, Pili finds an old journal with clues that might lead to a trove of conquistador treasure.

Pili’s favorite activity is geocaching, so she is immediately drawn to the prospect of finding actual treasure. When Ioane realizes where his sister has gone, he immediately follows. As the siblings search for the Spanish gold with their friends Hana’s and Casper’s help, they gradually learn their ohana or family’s true value. Following its release, the film received considerable positive reviews, giving way to speculations about a possible sequel. Here is what we know about it.

‘Finding ‘Ohana’ was released on January 29, 2021, on Netflix. As for its sequel, not much information is available on the matter yet. But considering the initial response that it has been receiving, the producers and Netflix executives might decide the story merits a revisit. If that happens within the next few months, expect ‘Finding ‘Ohana 2′ to release in late 2022 or early 2023.

Singer-actor Ricky Garcia essays the role of Monks. Stuntman and Instagram model Brad Kalilimoku plays Kua, Pili’s and Ioane’s father and a military officer killed in action 11 years before the story begins. Most, if not all, members of the cast are likely to reprise their roles if there is a sequel. Jackson’s, Parnell’s, and Garcia’s characters appear in flashbacks. They might continue to do so in the sequel. As for Kalilimoku’s Kua, he might appear in the sequel just as he does in the first film, in family videos and as a member of the Nightmarchers.

‘Finding ‘Ohana’ ends with Pili, Ioane, and Leilani deciding to stay in Oahu. As the teenagers are not allowed to keep any of the treasure from the cave, the family decides to go along with Leilani’s decision of selling the Brooklyn apartment so their ancestral land would remain with them. Ioane and Hana begin a relationship, and Casper’s obese cat Mortimer becomes more active.

The sequel might depict an outsider coming to the island to look for the treasure. While Monks’ journal is buried deep in the mountain, he might have left some other documents about the treasure. The siblings then have to become the guardians of the treasure so that the resting place of ancient Hawaiian kings and warriors will not be disturbed.