Will There be a Fistful of Vengeance Sequel? 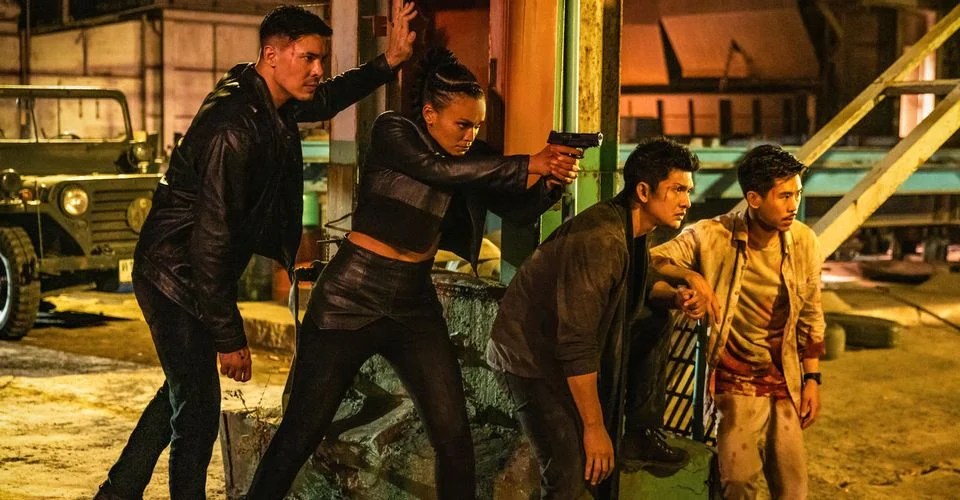 ‘Fistful of Vengeance’ is a blistering action movie that follows Kai Jin, the last of the mystical Wu Assassins, as he and his friends follow a killer to Bangkok. However, their target is revealed to have much darker, apocalyptic ambitions, making the mission much more dramatic.

Written by Cameron Litvack, Jessica Chou, and Yalun Tu and directed by Roel Reiné, the Netflix film features a remarkable array of fast-paced fight sequences. The narrative also hints at a larger story arc, and though some enemies are vanquished, the central Wu Assassin’s journey is nowhere close to winding down. So can we expect another iteration of the film? Here’s everything we know about the ‘Fistful of Vengeance’ sequel.

Fistful of Vengeance premiered on February 17, 2022, on Netflix. The film was released internationally on the streaming platform, and fans were pleasantly surprised by the supernatural martial arts drama. Consequently, here is what we know about the possibility of the story being furthered.

As far as a sequel is concerned, there have been no official announcements from the filmmakers or Netflix so far. However, there seems to be a lot of untapped potential in the narrative that can still be explored and a sequel is quite likely. Despite the film being a standalone narrative, it is basically a follow up to Netflix’s supernatural action series ‘Wu Assassins.’ The cinematic narrative retains the show’s central characters and their dynamic but puts them in a dangerous new situation.

Thus, the story of ‘Fistful of Vengeance’ could even be continued in a potential ‘Wu Assassins‘ season 2. Of course, there is also the possibility of another movie coming out. Despite it being likely that we will see more of Kai Jin, the last Wu Assassin, in a sequel or even a follow-up season, don’t expect to see it very soon. According to our estimates, if the film is greenlit soon, we can expect to see a ‘Fistful of Vengeance’ sequel sometime in 2023 or later.

Fistful of Vengeance Sequel Cast: Who can be in it?

We can expect Uwais and the rest of the central cast to return for a potential ‘Fistful of Vengeance’ sequel. However, new movies generally brings new villains, and since Phongam and Tobin’s antagonist characters are subdued in the original film, they might not reprise their roles in a potential sequel.

Fistful of Vengeance Sequel Plot: What can it be About?

In the climax of ‘Fistful of Vengeance,’ Kai and his friends venture into a cave where William Pan has excavated an ancient portal. Despite the villain briefly succeeding and turning into the mythical Pan Gu, he is quickly suppressed by Kai (with Lu’s help). Eventually, both William and Ku are subdued and Pan Gu falls into the depths of the portal from which he emerged.

As far as what might go down in a potential sequel, there is a small clue that Kai drops in the original film’s closing scene. Though it’s difficult to tell whether he is joking, the reluctant Wu Assassin claims that he is going after “the necromancer.” Any further details are left tantalizingly unsaid. Thus, a potential sequel could feature a new villain called the necromancer. If and when the sequel does come out, we can also expect Kai and his friends to once again take on waves of unrelenting enemies. The signature blistering action of the first film, as well as the family-like dynamic of the central characters, is sure to be carried over to any ‘Fistful of Vengeance’ sequel.

Read More: Where Was Fistful of Vengeance Filmed?