Will There be a Frank of Ireland Season 2? 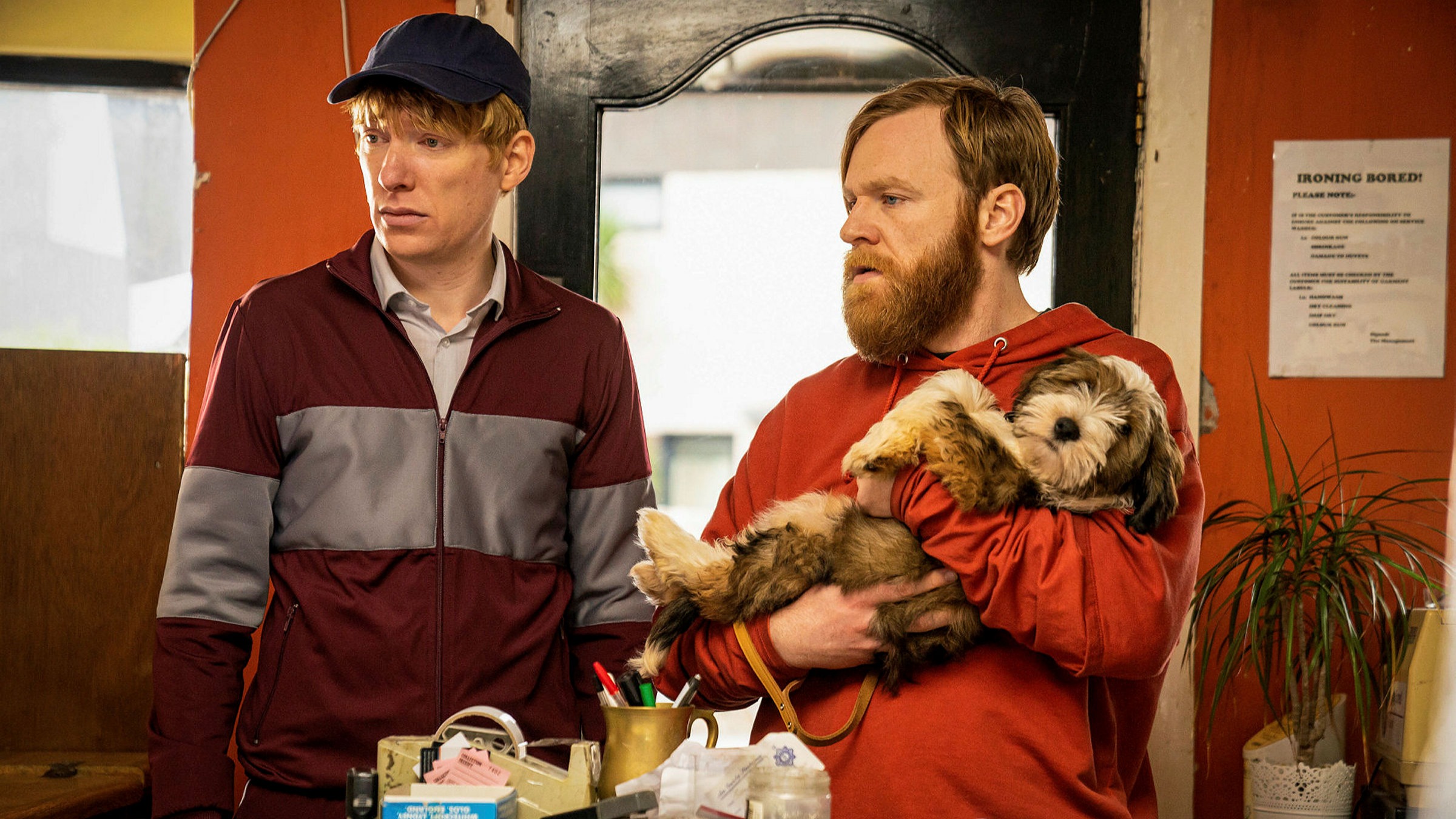 ‘Frank of Ireland’ is an irreverent Irish comedy show based in Dublin, Ireland. The show, starring actor siblings Brian and Domhnall Gleeson, follows the mishaps of 30 something-year-old man-child and egotistical musician named Frank (Brian Gleeson). His best friend, Doofus (Domhnall Gleeson), faithfully jumps into the hijinks, as do the rest of his family and friends, albeit with slightly less enthusiasm. Oh, and did we mention: Frank still lives with his mother?

Created by the Gleeson brothers and their childhood friend Michael Moloney, ‘Frank of Ireland’ season 1 premiered in April 2021 on Channel 4 in the UK and later on Amazon Prime in select countries, including the US and Canada. Touted to follow in the footsteps of legendary comedy series like ‘Father Ted,’ the relatively short first season of the show has already garnered a faithful fan following, and the inevitable calls for season 2 can’t be far behind. If you’re also curious about ‘Frank of Ireland’ season 2, you’ve come to the right place.

‘Frank of Ireland’ season 1 premiered on April 15, 2021, in the UK on Channel 4. The season was then released in its entirety on Amazon Prime in the US, Canada, and Australia on April 16, 2021. The first season consists of 6 episodes of roughly 25 minutes each, with every episode loosely paying homage to a different movie.

As far as ‘Frank of Ireland’ season 2 is concerned, there have been no official announcements regarding it being greenlit or canceled yet. According to co-creator and co-writer Brian Gleeson, the first season ends in a “nice little package,” and before starting to write season 2, they would have to first decide what direction they want the story for the second season to go in. We can therefore conclude that at this point, it is still unclear whether there will be a season 2 or not.

However, considering that season 1 has only six episodes and the positive feedback the show is already garnering, the Gleeson brothers could likely offer up another season sometime in the future. Despite the writers not being entirely sure at this point about what season 2 will be about, production for shows like this takes relatively less time due to their simple setting and small cast. Production for a potential season 2 will also most likely be slowed down by stringent Covid-19 safety guidelines. All things considered, if greenlit, we can expect ‘Frank of Ireland’ season 2 to come out sometime in mid-2022.

Frank of Ireland Season 2 Cast: Who can be in it?

‘Frank of Ireland’ sees the Gleeson brothers take on the roles of goofy friends Frank (Brian Gleeson) and Doofus (Domhnall Gleeson). Frank’s mother, who he still lives with, is Mary Marron (Pom Boyd), and his long-time ex-girlfriend, who somehow still gets sucked into Frank’s antics, is Aine (Sarah Greene). The quirky supporting characters who spend half their time helping Frank, and the other half avoiding him, are Nicola (Liz Fitzgibbon) and Peter-Brian (Tom Vaughan-Lawlor).

We can expect to see all of these cast members return in ‘Frank of Ireland’ season 2, as well as some of the recurring cast like Pat Shortt ( Padraig) and Paul Forman (Stéphane) along with some new faces. Although only appearing in a short role so far, we can also expect to see legendary Irish actor and funnyman Brendan Gleeson reprising his character Liam in the potential season 2; after all, he is the father of 2 of the show’s creators.

Frank of Ireland Season 2 Plot: What can it be About?

Every episode of ‘Frank of Ireland’ season 1 introduces some new tomfoolery that Frank gets involved in, setting up the episode for non-stop laughs and cringes. If renewed, we can expect more of the same in a second season, with Frank’s boorish behavior and dreams of someday becoming a famous musician, along with his faithful buddy Doofus, driving a lot of the laughs.