Will There be a Free Guy Sequel? 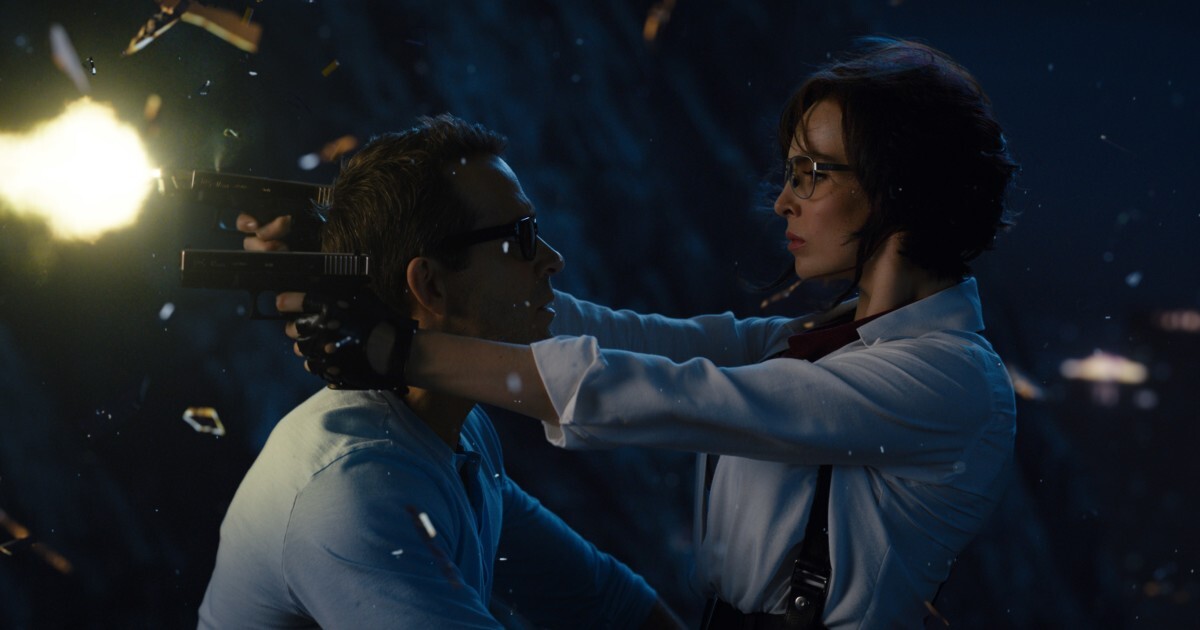 Directed by Shawn Levy (‘Night at the Museum’), ‘Free Guy’ is a science fiction action-comedy film. It revolves around Guy, a non-playable character or NPC in an open-world video game called ‘Free City.’ According to the in-game storyline, Guy is a bank teller. One day, Guy suddenly realizes that he is inside a video game due to a program created by Millie. This sets Guy off on an incredible journey filled with adventure, danger, and romance.

Following its premiere, the film received mostly positive reviews due to the performances by the members of the cast, action sequences, and comedy elements. If you are wondering whether there will be a ‘Free Guy’ sequel, we got you covered.

‘Free Guy’ had a US theater release on August 13, 2021. It was originally supposed to release on July 3, 2020, but suffered several delays due to the COVID situation. As for the ‘Free Guy’ sequel, this is what we know.

The Filmmakers haven’t yet released any statement confirming the development of a sequel. However, both Levy and Ryan Reynolds, who portrays Guy in the film, have expressed their interest in a prospective sequel. While speaking to the press, Reynolds stated that everyone involved would love to make a sequel. Levy echoed his sentiment and humorously added that the sequel would be called ‘Free Guy 2: Albuquerque Boiled Turkey’, inspired by one of the improvised dialogues from Taika Waititi, who portrays Antoine in the film. In a different interview, Levy stated that he would love to see Reynolds’ character in games like ‘Minecraft’ and ‘Call of Duty.’

Ultimately, as with every other film, the development of a sequel depends on how ‘Free Guy’ performs at the box office. Considering the early response from the audience, the movie is off to a good start. If the next film goes into production within a year, the audience can expect the ‘Free Guy’ sequel to come out sometime in 2023.

Free Guy Sequel Cast: Who Can Be in It?

Aside from Reynolds and Waititi, ‘Free Guy’ stars Jodie Comer as Millie or Molotov Girl, Utkarsh Ambudkar as Mouser, Lil Rel Howery as Buddy, and Joe Keery as Walter “Keys” McKeys. Hollywood A-listers such as Chris Evans and Channing Tatum make cameo appearances in the film. Late ‘Jeopardy!’ host Alex Trebek posthumously appears in the movie. In the prospective sequel, most members of the cast will likely reprise their roles. Trebek, who passed away in November 2020, will not be seen in the next film.

Free Guy Sequel Plot: What Can It Be About?

At the End of ‘Free Guy,’ Guy fights his enemies with a lightsaber in one hand and Captain America’s shield in the other and eventually wins. Guy reveals to Millie how Keys has been in love with her. It is heavily implied that Millie and Keys will start dating. Guy reunites with Buddy in a new, greener, and more peaceful rendition of ‘Free City.’ Meanwhile, the authorities apprehend Antoine.

In the prospective sequel, Guy might jump from one video game to the next to protect NPCs like him. Antoine might return with more schemes to steal other people’s intellectual property. Millie and Keys, who will probably be a couple by then, work together to thwart Antoine’s plans in the real world.