Will There be a Girls5eva Season 2? 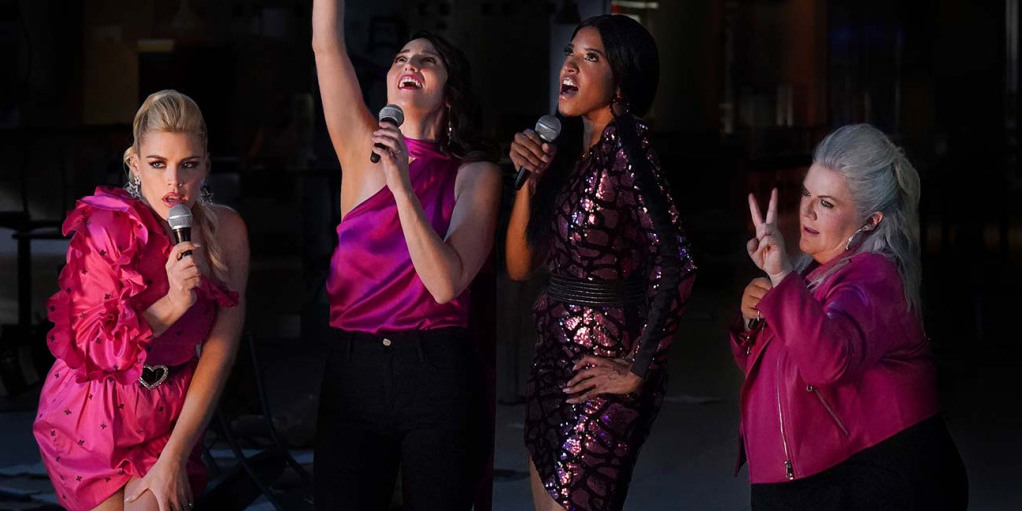 ‘Girls5eva’ is a musical comedy show that follows a group of women who used to be a part of a pop band and reunite after almost 20 years. A song of theirs resurfaces when an up-and-coming rapper chances upon it. This gives the titular 90s group gets another chance to be in the spotlight. Created by Meredith Scardino, the series originally released in May 2021. It has created positive ripples among the critics and audiences, who cannot stop gushing about the show.

The series has been praised for its layered comedy and punchlines that pop up at the most unexpected times. Some critics have also lauded the series for the sharp yet subtle manner in which it takes a dig at the music industry. After breezing through the first season, if you find yourself waiting for more, you are not alone. Here is everything you would want to know about the future of ‘Girls5eva!’

‘Girls5eva’ season 1 landed in its entirety on May 6, 2021, on Peacock TV. The first season consists of eight episodes with a running time of approximately 30 minutes each.

With regard to the second installment of the series, here is what we know. An official announcement is yet to be made regarding the renewal or cancellation of the musical comedy. However, with the positive response that the show has been receiving, it seems that a second season may not be out of the question. Several critics have already expressed their enthusiasm over Tina Fey’s involvement with the production as an executive producer.

The writer and creator Meredith Scardino has several successful credits to her name, including ‘Unbreakable Kimmy Schmidt’ and ‘The Colbert Report.’ The collaboration is guaranteed to particularly excite fans of ‘Saturday Night Live,’ where Fey and Scardino have entertained audiences for years. Furthermore, the stellar cast is another impressive aspect of the show as their performance sweeps the viewers off their feet.

The first season of the solid series commenced filming on October 15, 2020, and wrapped up the production process on February 7, 2021. It means that the series requires about eight months to finish production for one season. If the above-mentioned factors manage to convince the network for a renewal and it recommissions the series by the end of summer in 2021, fans can expect ‘Girls5eva’ season 2 to release sometime in early 2022.

Girls5eva Season 2 Cast: Who can be in it?

The principal cast members of the show are Sara Bareilles (Dawn), Renée Elise Goldsberry (Wickie), Paula Pell (Gloria), Busy Philipps (Summer), and Ashley Park (Ashley). Other significant characters are Jeremiah Craft (Lil Stinker), Daniel Breaker (Scott), Jonathan Hadary (Larry), and Andrew Rannells (Kev). The cast members comprising the group have publicly shared how they loved the experience of working together on ‘Girls5eva.’ Therefore, if the show meets the renewal criteria for Peacock, it seems that they would be happy to return for a season 2.

Apart from Bareilles, Goldsberry, Pell, and Philipps, several other cast members are also expected to reprise their roles in the potential second season. Even though we learn in season 1 that Ashley is no more, we may continue to see actress Ashley Park in flashback sequences. New cast members may also join in if new characters are brought into the storyline.

Girls5eva Season 2 Plot: What can it be About?

Dawn, Wickie, Gloria, and Summer are at a very different phase in their lives compared to their heydays when their career seemed just about to take off. After Ashley dies in an infinity pool accident, the women go their separate ways. Dawn is married with kids and runs an Italian restaurant that her brother owns. Summer has tried her hand in reality television but has not succeeded so far. While Wickie is a social media influencer, Gloria is a dentist.

When the young rapper Lil Stinker comes across their music, the women realize that they may have shot at fame once again. They try to revamp their music after realizing how problematic some of the lyrics of their old songs are. Life begins to change for them in unexpected ways when they give music another try. If the series returns for the second time, we will continue to see the women on their musical adventures as they redefine their lives.

Read More: Where Is Girls5eva Filmed?