Will There be a Gunpowder Milkshake Sequel? 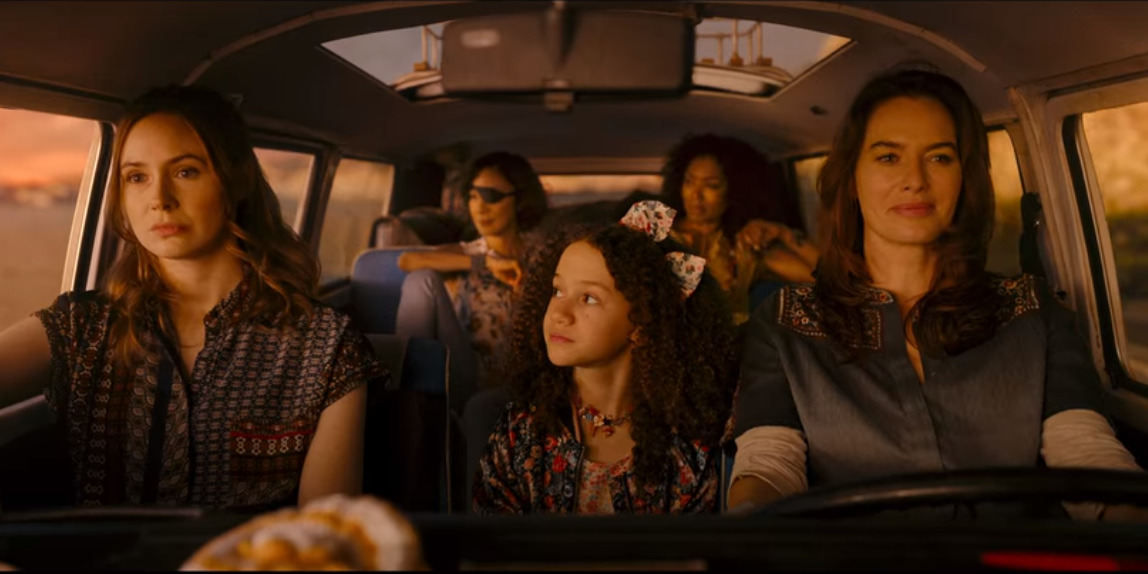 Helmed by Israeli filmmaker Navot Papushado, the female-centric American action thriller ‘Gunpowder Milkshake’ contains a heavy dose of vivid and slow-motion action to keep the genre fans contended. When coupled with a broad feminist theme, a beguiling child, and an overarching evil corporation, the formula seems deadly. Karen Gillan acts in her vehicle as Sam, a lone assassin working for a group of powerful men, collectively known as The Firm.

Estranged from her mother at an early age, Sam has replaced her mother’s role in the organization. However, when she veers off a mission to save an 8-year-old from a group of kidnappers, the organization retaliates with formidable manpower. However, in the nick of time, Sam regroups with her mother and aunts at the sisterhood to unleash utter destruction. After the taut finale of the movie, fans must be tallying the prospects of a follow-up. Well, let us tell you what we know.

‘Gunpowder Milkshake’ premiered on July 14, 2021, on Netflix, in countries including the USA and Canada. Theatrically, the film saw the light of day on July 15, 2021. Given its refreshing take on the action genre, many people have been wondering if they will get to see Sam and her antics on screen again.

Let us now consider the possibility of a sequel being made. Although the director did not divulge anything about a sequel just yet, the potential of the franchise seems bright. Despite its obvious pulpy overtone, the absolute rampage of a movie managed to thoroughly immerse the audience in the lives of the characters. There are also some fun concepts involved, like the library that doubles as the headquarters of a covert elite sisterhood of assassins.

The film received overall positive reviews from fans and critics, which may ignite the idea of the sequel to the director. Moreover, action thrillers are known for their sequels and spin-offs, and while most of them center around male heroes, this movie keeps it fresh by subverting the trope. Moreover, there still remains a lot to discuss about the ending, as it leaves some strands open to be further explored. For instance, among the members of the Firm, we have only formally met Sam’s handler, Nathan.

All things considered, we may hope to catch a glimpse of the follow-up, after all. But StudioCanal and The Picture Company, amongst others, jointly produced the original venture, and they are in the position to make the final call. If the follow-up is greenlit by the end of the year, we hope the ‘Gunpowder Milkshake’ sequel will premiere sometime in 2024 or later.

Gunpowder Milkshake Sequel Cast: Who Can Be in It?

In all likelihood, we expect all the original cast members to retain their roles in the follow-up, well, barring those whose characters die in the movie. Therefore, we hope to see Karen Gillan reprising the role of Samantha, alongside Lena Headey, who plays the role of Sam’s estranged mother, Scarlet. Among other prominent cast members, Angela Bassett (Anna May), Michelle Yeoh (Florence), Paul Giamatti (Nathan), and Chloe Coleman (Emily) are quite possibly going to return to the franchise in their respective roles.

Gunpowder Milkshake Sequel Plot: What Can it be about?

In the finality of the first movie, Samantha and her rogue team face the goons at the library. While sister Madeleine suffers a blow, the others come out of the bloodbath alive. However, Emily gets kidnapped by the goons, and without a better plan, Sam goes to face them alone in her favorite neon-lit restaurant. In a nice bit of surprise, Scarlet and the sisters come to the rescue, and as they toss the eatery up in flames, Sam and Emily rush to take cover. In the encounter, Jim McAlester presumably dies, while The Firm remains to be dealt with. Emily turns up at Nathan’s door dressed as a girl scout, but Nathan knows who she is. While pointing a sniper at Nathan, Sam tells him to let them leave scot-free. But Nathan is afraid that is not possible since the men at The Firm are considerably aggravated by her killing spree.

In the sequel, Sam and the girls will possibly be back for more sumptuous action. The story may go back to the past to give us context behind the inception of the elite sisterhood. Although Sam warns him to leave them alone, Nathan may end up doing just the opposite. With the death of Jim McAlester, the war still rages on, and the follow-up will be far more spectacular in all likelihood. We are yet to see the men at The Firm, and the sequel may bring some new characters into the mix. Sam may encounter a bigger and better army, only to put them to rest. Rest assured, the sequel will be as sleek and bold as the original, if not more.