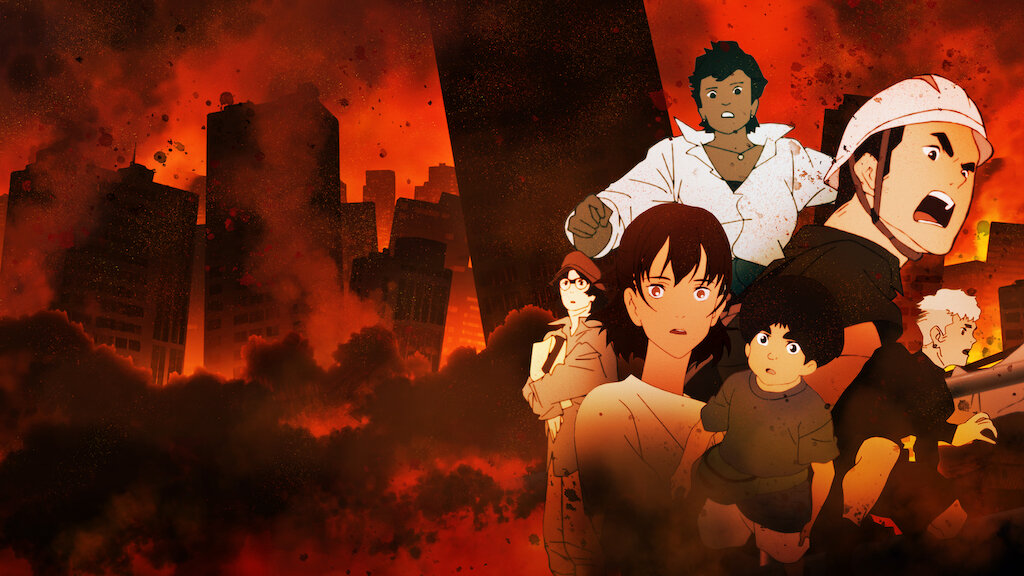 Animated by Science Saru, which is better known for its work in Netflix’s ‘Devilman Crybaby,’ ‘Japan Sinks 2020’ is a modern adaptation of Sakyo Komatsu’s novel of the same name. Although there have been several adaptations of the award-winning sci-fi novel in the past, ‘Japan Sinks 2020’ is the first anime version of it. The anime first establishes that the Japanese nation is located on a disturbed tectonic plate boundary, which isn’t too far from reality. Its fictional action, set during Tokyo 2020 Olympics, then ensues when the nation is hit by a high magnitude earthquake. As a result, several lives are lost and Ayumu and Gou of the Mutou household set out to find their way back to their families. However, their real struggle to survive begins only when, after being reunited, they attempt to flee Japan.

To say the least, ‘Japan Sinks 2020’ is quite ruthless with its depiction of a calamity-struck nation. This no-holds-barred approach adds more heft to overall realistic appeal. Along with this, throughout its runtime, the anime makes several references to Japanese history and culture. It does so with a kind of forte that hasn’t been previously done by too many anime shows. Because of how disturbing its content can be at times, ‘Japan Sinks 2020’ is not for everyone. But if you’re looking for an anime that works along the lines of classics like ‘Tokyo Magnitude 8.0’ and then goes even further, you should certainly check it out right away. With that said, for those who have already watched its first season, here’s everything you need to know about the prospects of its renewal.

Japan Sinks 2020 Season 2 Release Date: When will it premiere?

The first season of ‘Japan Sinks 2020’ premiered on Netflix on July 9, 2020, in an ONA format. When it comes to its second season, several factors suggest that it will not be renewed. To begin with, let’s talk about the conclusion of its first season. Season 1 wraps up all of its underlying plots in its closing moments and in some ways, it even pays homage to the Tokyo 2020 Olympics, which have now been postponed. Even when we consider its title itself, it clearly suggests that the anime is only relevant for the current year.

Adding to this, although it draws its inspiration from a 1973 novel of the same name, ‘Japan Sinks 2020’ is mostly an original anime that only takes a contemporary look at the source material. Since its creators have intentionally left no room for another installment, it seems very less likely Netflix will renew it in the future, regardless of how well it does commercially. Thus, from the looks of it, ‘Japan Sinks 2020’ is probably one of those one-season wonders that do not go on forever but leave their mark nonetheless. In an unlikely scenario where it gets renewed, we can expect ‘Japan Sinks 2020’ Season 2 to release sometime in Fall 2021.

The English Dub of ‘Japan Sinks 2020’ is available on Netflix.