Will There be a Last Chance U: Basketball Season 2? 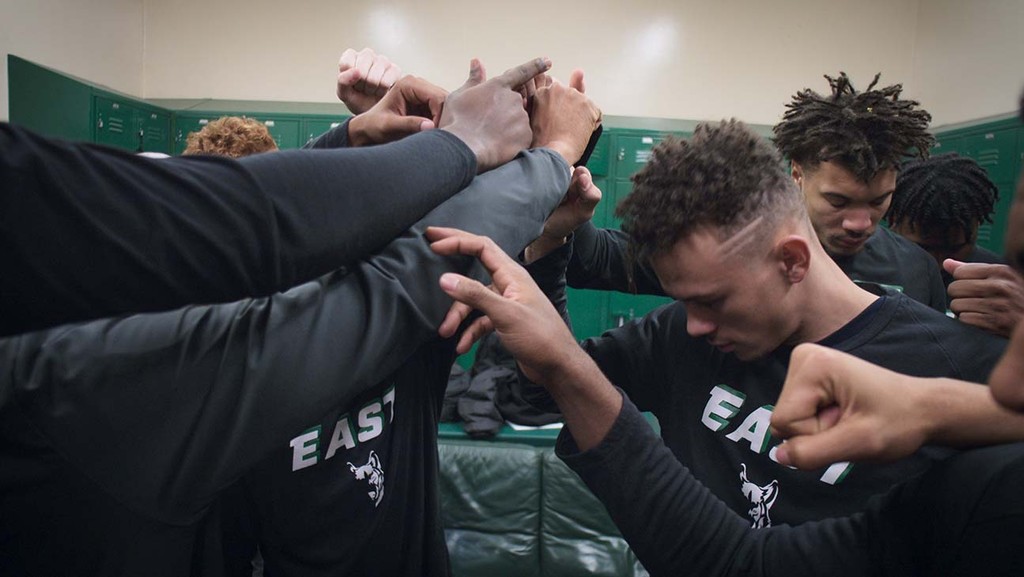 ‘Last Chance U: Basketball’ is a spin-off of the Emmy Award-winning sports documentary series ‘Last Chance U.’ As the original show focuses on American football, ‘Last Chance U: Basketball’ sheds light on the stories of young people trying to make it big in the world of basketball. It follows the East Los Angeles College Huskies (ELAC) as they eye the Californian state basketball championship. Greg Whiteley, Joe LaBracio, James D. Stern, and Lucas Smith serve as executive producers.

The documentary series premiered in March 2021 and was well-received by the audience, especially those who love basketball. It possesses the well-loved formula of ‘Last Chance U’ as a coach pushes his team to their highest potential. After binge-watching the adrenaline-pumping first season, fans want to know what is next for the series. Let’s take a look!

‘Last Chance U: Basketball’ season 1 released in its entirety on March 10, 2021, on Netflix. The first season consists of eight episodes with a runtime of 50-61 minutes each.

Whether or not the show has been renewed for a second installment is yet to be announced. However, the series is part of a franchise that is already popular and has a loyal fanbase. With regards to this iteration, Whiteley said that they did not “choose basketball over football” but took the story to a new place. In the future, this means that the series could follow other teams or may even bring to the screen a whole new sport. This seems highly likely since season 1 ends on a conclusive note.

Greg Whiteley’s ‘Cheer’ also received an overwhelming response and went on to win three Primetime Emmy Awards in 2020 and the 36th TCA Award for Outstanding Achievement in Reality Programming. Therefore, there is no doubt that ‘Last Chance U: Basketball’ comes from an experienced authority in the sports docuseries genre. The fans may get a hold of another season only in 2023 since the basketball season for 2020-2021 was canceled due to COVID-19. Therefore, if the series meets the renewal criteria for Netflix, we can expect ‘Last Chance U: Basketball’ season 2 to release sometime in Summer 2023.

Last Chance U: Basketball Season 2 Cast: Who can be in it?

The first season follows 15 players on the East Los Angeles College Huskies roster for the 2019-2020 season. Joe Hampton, KJ Allen, Malik Muhammad, and Deshaun Highler are some of the players in the team who have been highlighted in season 1.

The head coach John Mosley is the heart and soul of the team. A father of three, the passionate coach does not shy away from hard work. Mosley is the first black head coach to feature in the ‘Last Chance U’ franchise. An ELAC alum himself, Mosley returned to the school nine years ago after his stint as an assistant at California State University, Bakersfield.

What Can Last Chance U: Basketball Season 2 be About?

The first season sees the ELAC players overcome their challenges and rise above their difficult circumstances. While some of them harbor dreams of playing professionally or getting a Division 1 scholarship, others are trying to get their lives on track. Coach John Mosley empathizes with the players and knows that those acting out the most are the ones who need to be invested in especially.

The afore-mentioned interpretation is in tune with what Whiteley feels is the purpose of the show. He said that viewers are looking for inspiring stories of real-life people. Therefore, if ‘Last Chance U: Basketball’ is renewed, we may get a peek into the lives of another basketball team as they fight for their dreams.