Will There be a Midsomer Murders Season 22 Part 2? 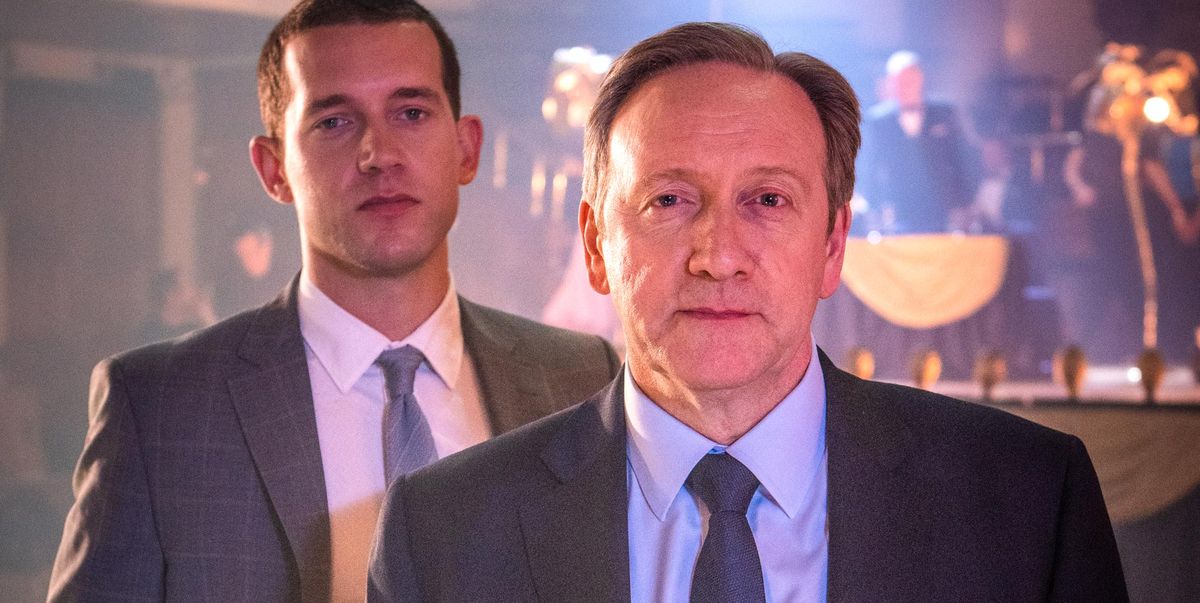 Based on the ‘Chief Inspector Barnaby’ book series by Caroline Graham, ‘Midsomer Murders’ is a long-running British crime drama series that has been adapted for the screen by Anthony Horowitz. The episodes revolve around murder mysteries set in different parts of the fictional Midsomer County in England. For the first 13 seasons, the show follows Detective Chief Inspector Tom Barnaby, but from season 14, the focus shifts to his cousin, DCI John Barnaby. The detective drama first released on March 23, 1997, on ITV, and since then has gained an international audience in over 200 countries and regions. In the US, the series debuted on A&E and aired on the network for years before it was syndicated to be screened on different channels. However, Acorn TV acquired the exclusive premiere rights for season 22.

The series has gained popularity for its catchy soundtrack and use of dark humor. In 2004, the crime series became one of the highest-sold British shows in the world. The series has been appreciated for its performance, attention to detail, and exceptional storylines. It comes as no surprise that the fans are impatiently waiting for more. If you are looking for updates, you may find it helpful to learn what we know!

‘Midsomer Murders’ season 22 part 1 premiered on April 19, 2021, on Acorn TV, with two feature-length episodes releasing simultaneously. Before its debut in the US, the first part of the episodes released in the UK on April 4, 2021, on ITV. The twenty-second season consists of six episodes in all, divided into two parts.

With regard to the second part of season 22, here is all that we know. Part 2 of the installment has four episodes that are currently in production. The filming for season 22 commenced in October 2020 after getting delayed due to the outbreak of COVID-19. However, long gaps between episodes are not unusual for the series since it has an irregular release pattern. Some installments of the show have run for more than a year, although the longest season has only eight episodes. For example, season 10 aired over 18 months from November 12, 2006, to May 11, 2008. Similarly, seasons 20 and 21 also ran for 10-14 months each. Therefore, the fans can expect ‘Midsomer Murders’ season 22 part 2 to release sometime in Fall 2021.

Midsomer Murders Season 22 Part 2 Cast: Who can be in it?

The prominent cast members of the show are Neil Dudgeon (DCI John Barnaby), Nick Hendrix (DS Jamie Winter), Fiona Dolman (Sarah Barnaby), and Annette Badland (Dr. Fleur Perkins). We can expect most of them to reprise their roles. Several guest stars have also been a part of the series, including Ferdinand Kingsley (Brandon Yarrow), John Thomson (Cooper Steinem), Sinead Matthews (Mel Wallace), Maimie McCoy (Rowan Yarrow), and Hannah Waddingham (Mimi Dagmar). So, we may see some new faces in part 2 of season 22.

Midsomer Murders Season 22 Part 2 Plot: What can it be About?

Each episode deals with a new set of crimes that DCI Barnaby and his team work on. In the first part of season 22, we see them dealing with the horrors of an urban myth come to life when a local photographer’s project called ‘The Wolf Hunter’ is linked to a murder. The second episode revolves around a person who was acquitted of murder years ago and becomes a part of a post-operative heart rehab club.

In the second part of season 22, we will see Barnaby and Winter investigate new crimes. One of the episodes will focus on the people of Granville Norton. They pride themselves on their bee business and will go to any lengths to dominate the industry. Another episode will follow a group of fishermen who assemble to catch a fabled giant fish in a lake before things take a terrible turn. We may also see crimes revolving around a scarecrow festival and a dramatics company that hides disturbing secrets.