Will There be a Moonfall Sequel? 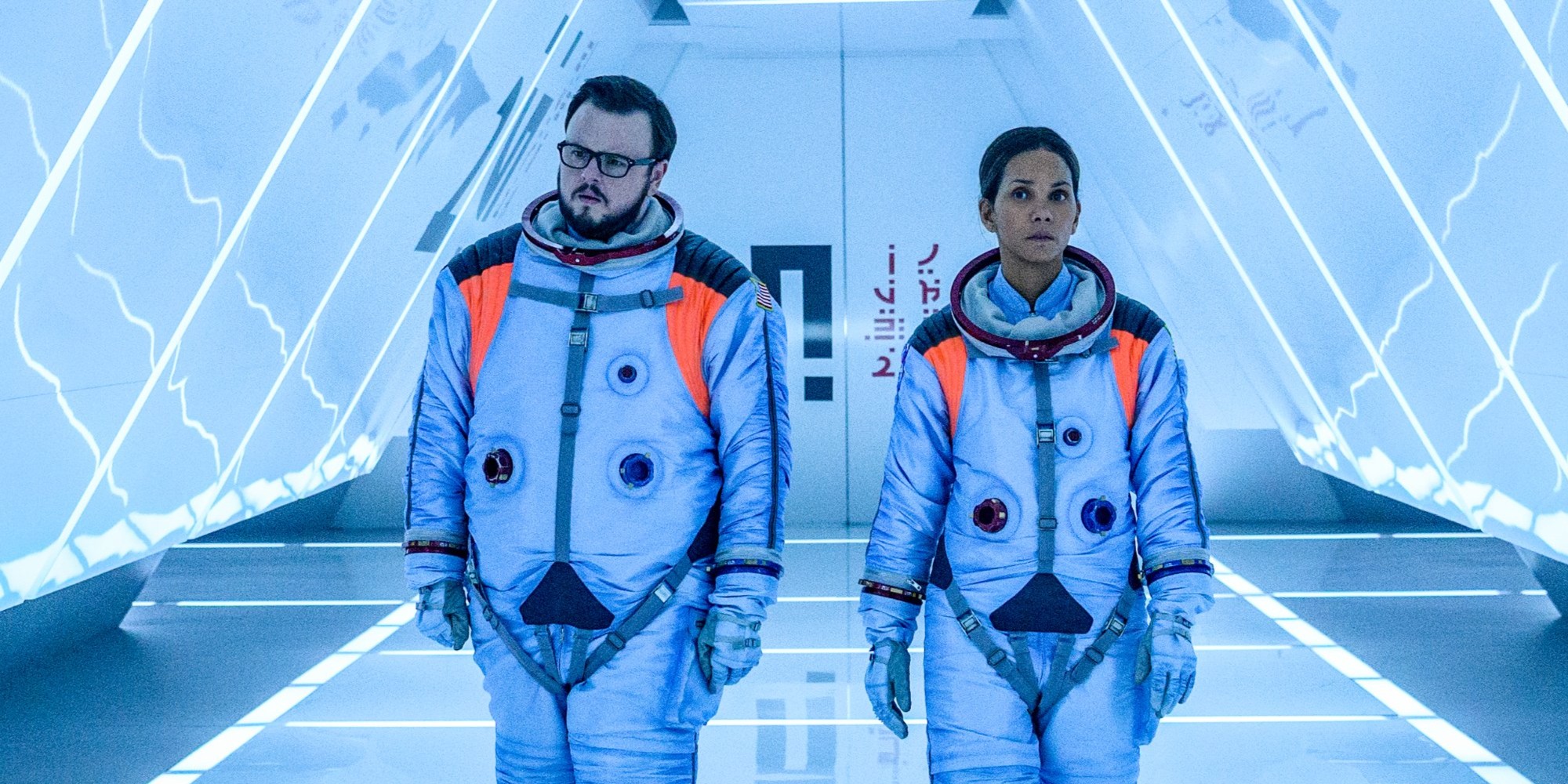 ‘Moonfall’ is a science fiction movie directed by Roland Emmerich (‘Midway‘). It tells the story of humanity’s mission to survive a fatal collision between the Earth and the moon after the latter is knocked out of its orbit by a mysterious force. The movie revolves around Jocinda “Jo” Fowler, Brian Harper, and KC Houseman as they use their different expertise to save humanity from extinction.

The film has received a mixed response from critics but ends on an exciting note that leaves the possibility of another space-faring adventure. If you are wondering whether a follow-up installment will continue the story, here’s everything you need to know about a possible sequel to ‘Moonfall.’

‘Moonfall’ was released on February 4, 2022, in theaters by Lionsgate. The movie held its world premiere on January 31, 2022, in Los Angeles. Upon release, the film failed to impress the critics and received a mixed response. Some critics praised the movie’s disaster thriller elements and use of science fiction tropes, while others criticized the narrative and pacing.

However, fans of the film need not feel disheartened as the movie’s critical reception is unlikely to affect the film’s chances of receiving a second installment. While the studio hasn’t officially announced a sequel, it appears that a follow-up is undoubtedly in the plans. Director Roland Emmerich spoke about his intention to make a sequel in an interview with Collider. “I’m also not very high on sequels. But I tried this time to make this a trilogy, but I am not sure even if I want it anymore,” Emmerich said.

The director’s words hint that he is a little hesitant about pursuing a second installment but certainly has given it a thought. Therefore, if the movie proves to be a financial success at the box office, the studio could easily greenlight a sequel in the coming months. ‘Moonfall’ took roughly two years to arrive on screens after starting production. If a sequel does materialize, it could follow a similar production schedule. Hence, viewers shouldn’t expect a prospective ‘Moonfall 2’ to release before Spring 2024.

Moonfall Sequel Cast: Who can be in it?

For a potential ‘Moonfall 2,’ we expect most of the lead actors to reprise their roles. Bradley is likely to return in some form and could still play a major role in the next installment despite his character’s seemingly dire fate at the end of the first movie. Most of the supporting cast members are also likely to return, depending on their availability and the sequel’s narrative direction. We might see some new faces among the cast for the follow-up feature.

Moonfall Sequel Plot: What can it be About?

In ‘Moonfall,’ Jo Fowler, Brian Harper, and KC Houseman travel into outer space in a last-ditch effort to save humanity. They learn that a modern warfare device can defeat the alien lifeform causing the moon to slip out of its orbit. In the end, Harper draws the lifeform away from the moon and prepares to sacrifice himself to defeat them. However, at the last moment, Houseman takes up the responsibility. Houseman seemingly perishes with the entity while Harper and Fowler return to Earth safely. However, it is revealed that Houseman’s consciousness has become a part of the ancient computer program on the moon.

A potential ‘Moonfall 2’ is likely to address the first movie’s cliffhanger ending and reveal Houseman’s status. An ominous presence tells Houseman that he must get started on something. The second movie might revolve around Houseman’s new quest and its correlation to the moon’s fate. We are also likely to learn more about the ancient aliens who created the advanced supercomputer on the moon.

Read More: Where Was Moonfall Filmed?