Will There be a Paradise PD Season 4? 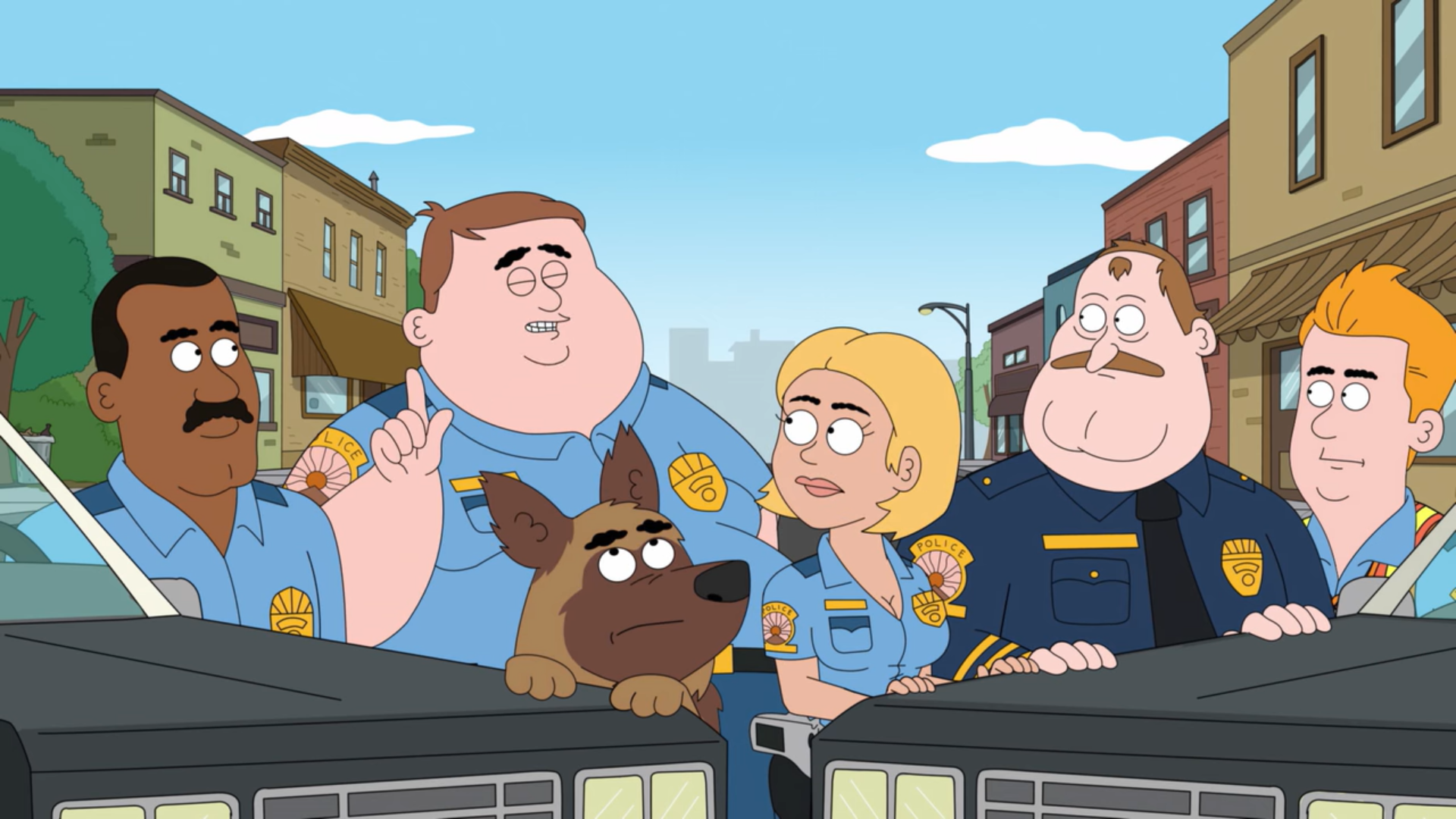 ‘Paradise PD’ is an animated sitcom that revolves around a group of incompetent police officers who work in a small town with a very high crime rate. As Chief Randall Crawford’s son joins this unprofessional police force, they set out to reduce crime in their unique and comical manner. Created by Roger Black and Waco O’Guin, the dark comedy animated sitcom first released on August 31, 2018.

It has been praised by the critics for its brilliant criticism of pop culture figures through dark humor. Interestingly, the show has received a lot of criticism for its lack of emotional attachment. But despite its average ratings, the series has garnered a massive fanbase over the years, which is eagerly waiting for ‘Paradise PD’ season 4. So, let’s have a look at everything we know about the show’s return!

‘Paradise PD’ season 3 released in its entirety on March 12, 2021, on Netflix. It consists of twelve episodes with a runtime of 23-30 minutes each.

As far as season 4 of ‘Paradise PD’ is concerned, unfortunately, the network has not announced the renewal or cancellation of the show as of now. The third season or Part 3 ends without any closure for its characters, so it’s quite probable that the series would be recommissioned. Netflix took two months to renew the show after season 1, so it looks like fans will have to wait for a few months for the official update regarding its renewal.

Despite the coronavirus pandemic, the third season of the crime action-comedy series released just a year after the conclusion of season 2. Therefore, the current pandemic is unlikely to have a significant impact on the production of the upcoming season. If we look at the release pattern for its previous parts, we can expect ‘Paradise PD’ season 4 to premiere sometime in early 2022.

Paradise PD Season 4 Cast: Who can be in it?

The Canadian model and actress Sarah Chalke lends her voice to Gina Jabowski. She is best known for the NBC/ABC comedy show ‘Scrubs.’ David Herman is the voice behind Kevin Pubesalad Crawford. The actor and comedian is popular for lending his voices to several well-known shows like ‘Bob’s Burgers,’ ‘Brickleberry,’ ‘Futurama,’ and ‘Father of the Pride’ among others. Tom Kenny voices the character of Kevin’s father, Chief Randall Crawford.

Kyle Kinane and Cedric Yarbrough lend their voices to Bullet and Gerald Fitzgerald, respectively. Other noteworthy voice cast members include Dana Snyder as Dusty Marlow, Waco O’Guin as Robby, Grey Griffin as Mayor Karen Crawford, John DiMaggio as Chicago Kingpin, and Lance Reddick as Agent Clappers. Almost all of the main voice cast members are likely to reprise their role in the fourth season.

Paradise PD Season 4 Plot: What can it be About?

Season 3 of ‘Paradise PD’ takes its madness to a whole new level. The incompetent and rag-tag group of police officers engage in unexpected antics that can entertain anyone. From Chief Crawford stealing his own sperm from the fertility clinic to Kevin’s imaginary girlfriend and Fritz’s life after marriage, the show takes viewers on a wild ride.

In season 4, we can expect something similar from ‘Paradise PD’; the show is undoubtedly going to get crazier. Season 4 will most likely explore Gina and Kevin’s relationship while introducing viewers to some quirky secrets of the main cast. Moreover, fans will finally get to know more about Chief’s newborn child. Since ‘Paradise PD’ explores its characters and the chaotic town in an episodic manner, it’s hard to predict what to expect. But one thing is sure; if renewed, the series will be just as wild in the fourth season as it has been so far.