Will There be a Waterworld Sequel? 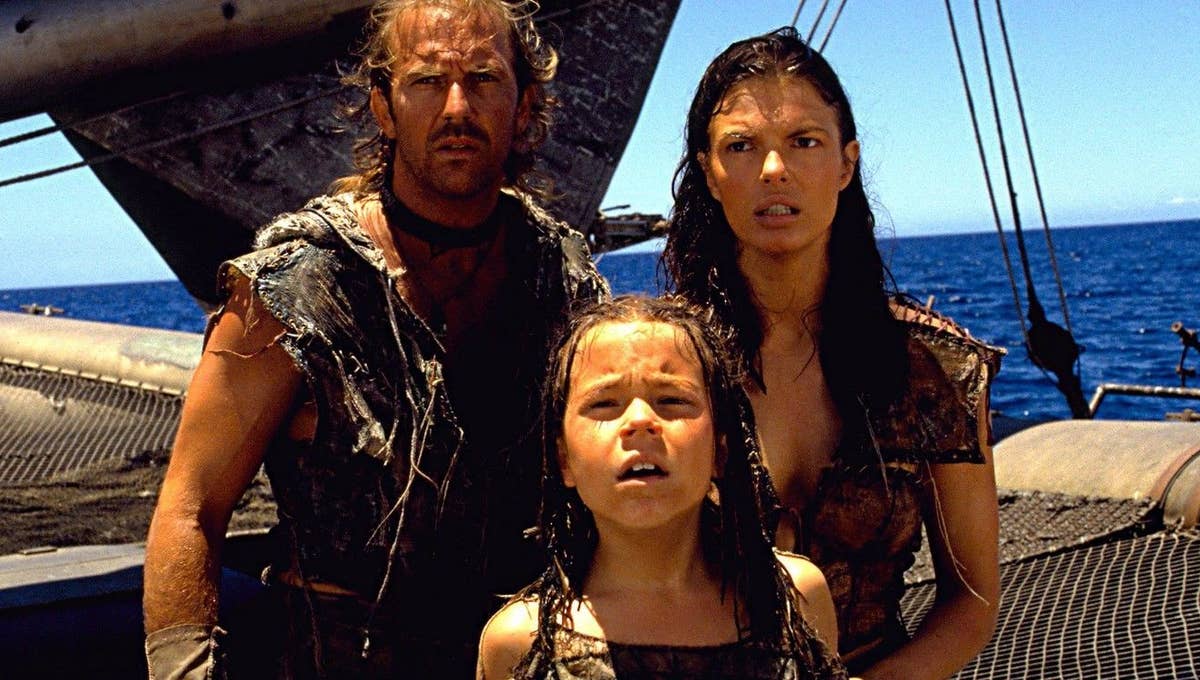 Directed by Kevin Reynolds (‘Robin Hood: Prince of Thieves’), ‘Waterworld’ is a dystopic science fiction action-adventure film. The story is set hundreds of years in the future when almost all of the world’s landmass has gone under water due to catastrophic global warming, and some people have developed certain mutations such as webbed feet and gills to adapt to the new world.

The protagonist, known simply as the Mariner (Kevin Costner), is one such person. When it is revealed that a young girl named Enola (Tina Majorino) has the map to the only dry land in the world tattooed on her back, it falls on the Mariner to lead her there while keeping her safe from a notorious group of pirates and their ruthless leader, the Deacon (Dennis Hopper).

After the film was released, it garnered mixed reviews and did not perform as well as it could have at the box office. However, since then, ‘Waterworld’ has gained a large fanbase that passionately defends the film. It made some money in DVD/Blu-Ray sales and continues to find its way back into the public discourse whenever it becomes available on a streaming platform. If you are wondering about the possibility of ‘Waterworld’ 2, this is what you need to know.

‘Waterworld’ was released on July 28, 1995, in theaters. The film is based on a script by Peter Rader and David Twohy. According to Rader, he drew inspirations from ‘Mad Max’ and Biblical and ancient Greek writings while penning the script. Later, Twohy also mentioned that he was majorly influenced by ‘Mad Max 2: The Road Warrior.’

Before ‘Waterworld,’ Costner and Reynolds made three other movies together: ‘Fandango’ (1985), ‘Robin Hood: Prince of Thieves’ (1991), and ‘Rapa Nui’ (1994). All parties involved genuinely believed that their fourth collaboration would be a grand success due to its massive scope, ambitious storyline, and of course, the inclusion of Costner as the main star.

At the time, Costner was one of the highest-paid actors in the industry. But the production was fraught with issues from the beginning. Reynolds and Costner often argued over creative differences. This eventually led to Reynolds leaving the project shortly before its release. Reynolds did the same thing for the same reasons on ‘Robin Hood: Prince of Thieves.’

Universal Pictures, the studio behind the film, at first allocated $100 million for the production. However, the film went drastically over budget and cost about $175 million to complete. This was unprecedented at the time. In Hollywood’s history, no film ever had this big of a budget. Following its premiere, the film managed to earn $264.2 million, which is not much if the promotional cost and money that the theaters kept are taken into account. The film was subsequently designated as one of the biggest flops of all time and received four Razzie nominations that season.

It ended up winning one for Reynolds’ direction. Although ‘Waterworld eventually became profitable due to the DVD/Blu-Ray sales, it’s not nearly enough to merit a sequel. SyFy briefly considered producing a ‘Waterworld’ miniseries, but that never came to fruition. And even in this era of nostalgia-induced sequels, visiting an underperforming film 25 years after its release for more content sounds like a recipe for another disaster. Considering all this, it is highly unlikely that the ‘Waterworld 2′ will ever get made.