Will There be a Skylines Sequel? 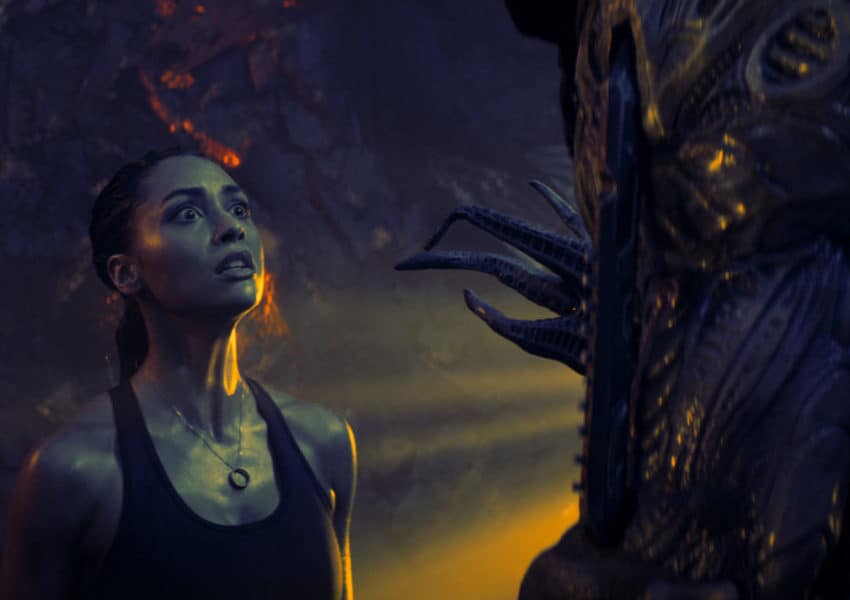 The third entry in the ‘Skyline’ franchise, ‘Skylines’ (stylistically written as ‘SKYLIN3S’), is an ambitious science fiction action-adventure film. It begins where the second film ends and shows how the protagonist, Rose (Lindsey Morgan), plays a pivotal role in the decisive victory against the invading Harvesters.

However, when the tentative peace between the original humans and the Pilots, the biomechanical soldiers with human brains, is threatened by a deadly virus, Rose discovers that she must journey to the Harvesters’ homeworld, code-named Cobalt-1, to retrieve an important piece of alien technology that might be the key to the salvation of entire humanity.

Following the film’s release, it received mostly positive reviews, with critics praising writer-director-producer Liam O’Donnell’s vision and audacity to create such an expensive-looking film despite the budgetary constraints. There are already speculations about a potential ‘Skylines’ sequel or the fourth installment in the ‘Skyline’ franchise. Here is what we know about it.

‘Skylines’ premiered on October 25, 2020, at the London FrightFest Film Festival. The film’s distributor, Vertical Entertainment, subsequently released it in US theaters and on Apple TV on December 18, 2020.

As for the ‘Skylines’ sequel, the filmmakers haven’t yet made any official statement announcing its production. However, O’Donnell has repetitively stated that it ultimately depends on the audience’s reaction to ‘Skylines.’ When the first film, ‘Skyline,’ came out in 2010, it was poorly received by the critics. However, the movie’s box-office success (earning $68.3 million against its $10–20 million) ensured that there would be a sequel. ‘Beyond Skyline’ came out in 2017 and did exceptionally well in DVD and Blu-Ray sales, which prompted O’Donnell to make the third film.

Made on a similar budget as the first two films, ‘Skylines’ was released on DVD and Blu-Ray on January 12, 2021, and is doing good business on both fronts. So, there is a legitimate chance that the ‘Skylines’ sequel will get made. Not long after the third film’s release, Frank Grillo, who is cast as Mark Corley in ‘Beyond Skyline,’ expressed his desire to make another ‘Skyline’ film on one of O’Donnell’s Instagram posts. The ecstatic filmmaker responded by writing, “Let’s do this! Can’t wait!” If the ‘Skylines’ sequel gets confirmed in 2021, expect the film to come out in late 2023.

Skylines Sequel Cast: Who Can Be in It?

Aside from Morgan, ‘Skylines’ stars Jonathan Howard as Leon, Daniel Bernhardt as Colonel Owens, Rhona Mitra as Dr. Mal, James Cosmo as Grant, Naomi Tankel as Kate, Cha-Lee Yoon as Zhi, Yayan Ruhian as Huana, Alexander Siddig as General Radford, and Ieva Andrejevaite as Alexi. Bernhardt, Cosmo, Siddig, and Andrejevaite will not be returning in the prospective sequel (except maybe in flashback scenes) because their characters are dead. The rest of the cast will likely reprise their roles. They might be joined by Grillo, making a return to the franchise.

Skylines Sequel Plot: What Can It Be About?

In ‘Skylines,’ Rose returns to Earth just in time with the Armada’s core drive to save both the Pilots and the original humans with Dr. Mal’s help. Trent survives his ordeal and gets a new biomechanical body. Rose and the crew discover that Radford had a secret prison where he kept all his enemies, including Mark. The film ends as the crew sets the course of their ship toward the prison.

In the ‘Skylines’ sequel, Rose and Trent might finally find their father and break him out of jail. The heroes might encounter the Harvesters, who have managed to survive Radford bombing their planet.