Will There be a Spiral Sequel? 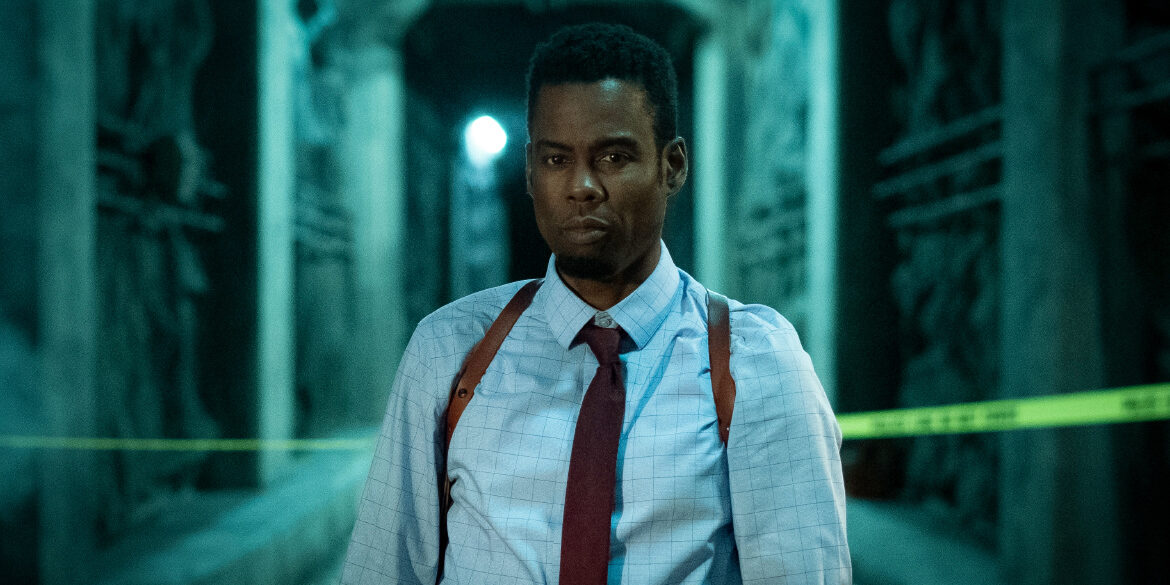 ‘Spiral: From the Book of Saw’ (or simply ‘Spiral’) lives up to its title and echoes the gore-filled psychological thrillers that came before it. Only this time around, there is an added twist of a murder mystery that differentiates it from the other films of the ‘Saw’ franchise. It follows Zeke Banks, an NYPD detective investigating a Jigsaw copycat killer’s murderous spree.

The core elements of shock and horror are still present, and the movie should please long-time fans of the franchise. So naturally, if you are one of those fans, you must be eagerly looking for updates on a follow-up installment. In that case, allow us to share all that we know.

‘Spiral’, the ninth installment in the ‘Saw’ franchise, released exclusively in theatres on May 14, 2021. After moving the release date up to May 15, 2020, from its original scheduled date of October 23, 2020, Lionsgate had to postpone the release date to 2021 due to the Covid-19 pandemic. Instead of being a direct sequel to 2017’s ‘Jigsaw,’ which also follows a copycat of the titular serial killer, ‘Spiral’ is a spin-off that largely stands on its own with minimal references to the aforementioned killer’s legacy. Therefore a potential sequel will likely be a separate entity from the already announced ‘Saw X.’

In an interview, director Darren Lynn Bousman stated, “What I will say is that just because we made ‘Spiral’ doesn’t mean ‘Saw’ ceases to exist. Just because ‘Spiral’ is here, that doesn’t mean there won’t be a ‘Saw IX.’ This is not the ninth film in the ‘Saw’ franchise. There easily could be a ‘Saw IX’ that follows Jigsaw. I think they’re waiting to see how (‘Spiral’) goes and how audiences respond to determine what happens next.”

Bousman’s words indicate that while the possibility of ‘Spiral’ receiving its own sequel is certainly real, it depends on the film’s reception, which has been moderately positive. Therefore, a sequel could be greenlit by Lionsgate in the coming months. Lead star Chris Rock was also optimistic about a sequel’s prospect in an interview with Comicbook, stating that talks had taken place about continuing the story. Still, the focus remained on properly executing the movie at hand.

On a side note, a television adaptation is also reportedly in early development, which could see the movie’s story being continued. All things considered, a ‘Spiral’ sequel (whichever form it might take) is a matter of when and not if. Therefore, if everything goes well, fans can expect ‘Spiral 2’ to release sometime in early 2023.

‘Spiral’ marks comedian and actor Chris Rock’s first foray into the horror genre. He plays the protagonist Detective Ezekiel “Zeke” Banks. He is joined by ‘The Handmade’s Tale‘ star Max Minghella who plays Zeke’s rookie partner Detective William Schenk. Samuel L. Jackson appears as Zeke’s father, Marcus Banks. The bloody events of the film see several supporting characters, including the senior Banks killed. However, Zeke and William are indeed alive, and we expect Rock and Minghella to return in the next installment.

The deadly death trap-filled game of cat and mouse in ‘Spiral’ ends with a great personal loss for Zeke as the new Jigsaw’s identity is revealed. The killer manages to escape leaving the door open for a sequel. The follow-up could follow Zeke’s quest for revenge against the new Jigsaw. We will likely get a look at how the killer adopted the original Jigsaw’s modus operandi. ‘Spiral’ also introduces a new and interesting (if somewhat misguided) interpretation of Jigsaw’s philosophy, and it is certain to play a key part in the sequel’s plot. The killer could continue targeting corrupt police officers and deliver his brand of justice on them.

Read More: Where Was Spiral Filmed?