Will There be a Spirited Sequel? 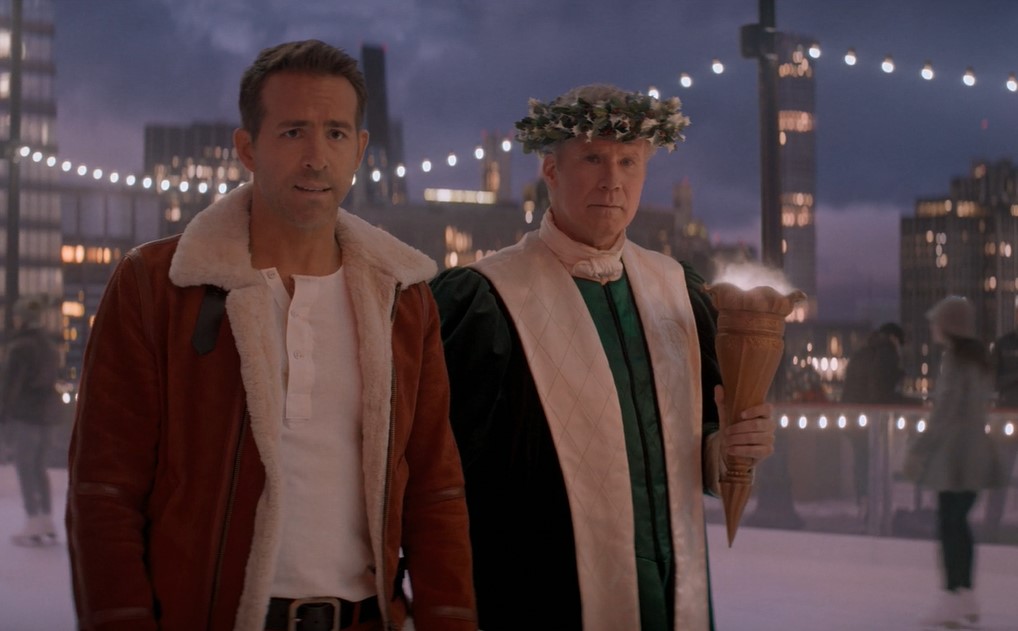 High on the jolly good Christmas spirit and classic sing-along tunes, ‘Spirited‘ embodies all elements of a delightful holiday watch. The movie modernizes the story ‘A Christmas Carol’ by Charles Dickens by putting a new-age spin on the plot. The Ghosts of Christmas Past, Present, and Yet-To-Come haunt a soul to make them realize their errors and find the good in them. Directed by Sean Anders, the musical comedy makes the audience wonder if people can truly change and rediscover the kindness in them. It reinforces the belief that every person has a choice to make for themselves as their actions make them who they are. Seeing a post-credits scene in the movie left us puzzled over the possibility of a sequel. Let’s find out if there can be a ‘Spirited Part 2’. SPOILERS AHEAD!

The movie ‘Spirited’ was released in select theatres on November 11, 2022. Consequently, it was made available on Apple TV+ on November 18, 2022. Viewers have praised the movie for the new spin on an age-old story and the musical numbers that saw everyone singing along. When asked about the possibility of a sequel, director Sean Anders said, “Never say never, you never know what ideas can come up, I think right now we’re just in the throes of getting this one done and out.”

Furthermore, Anders expressed his desire to see the Christmas musical make it big on stage. Like the previous few musicals, ‘La La Land‘ and ‘The Greatest Showman,’ even ‘Spirited’ could go big on Broadway. “I would very much like to see that and be involved in that,” he added. Other than this, there has been no official confirmation from the makers about a sequel.

However, if the movie proves to be a success with viewers and meets the expectations of the streaming service, a sequel could be greenlit in the nature future. The movie’s production timeline will depend upon Ryan Reynolds’s availability, who expressed a desire to take a break from acting after the film’s production was complete. Nonetheless, if the production commences sometime in 2023, ‘Spirited 2’ could arrive on our screens by Christmas 2024, at the earliest.

Spirited Sequel Cast: Who can be in it?

‘Spirited’ features Ryan Reynolds, Will Ferrell, Octavia Spencer, Patrick Page, and Sunita Mani in leading roles. We can expect Ryan Reynolds to take center stage as he fully basks in the glory of being the Ghost of Christmas Present. Kimberly (Spencer) and Present (Ferrell) might also return but in supporting roles as they are more focused on their family. The sequel may also have a few new faces as characters in the life of Mr. Alteli, the hotel manager (P.J Byrne), who is the next supposed haunt for the establishment, as implied in the post-credit scenes.

‘Spirited’ follows the story of Clint (Reynolds), who is chosen as the year’s perp to be reformed and made good. At the end of ‘Spirited,’ we see Present and Kimberly living a happy life with their two kids after Present retires and becomes a human again. On the other hand, Clint dies in his sacrifice to save Present and takes on the mantle of the Ghost of Christmas Present.

In the post-credits scene, we see the ghost team ultimately choosing the hotel manager, Mr. Alteli, as their next haunt. So, the follow-up movie to ‘Spirited’ will likely feature the haunt and redemption of Alteli. We may get to see his life and what experiences make him so cruel and mean to his hotel staff. His Past, Present, and Future will be recreated to take him on a ghostly odyssey and turn him into a good person who is capable of ripples of change.

Nevertheless, a writer’s creativity knows no bounds, and with a good direction, the story can be taken anywhere. It can also feature Present and Kimberly’s suburban adventures as they navigate life together. Or the expansion of the establishment with Clint taking over the business. Possibilities are endless, and with more rhythmic songs, fans would love to see the story of ‘Spirited’ continue in a sequel.