Will There be a The Suicide Squad Sequel? 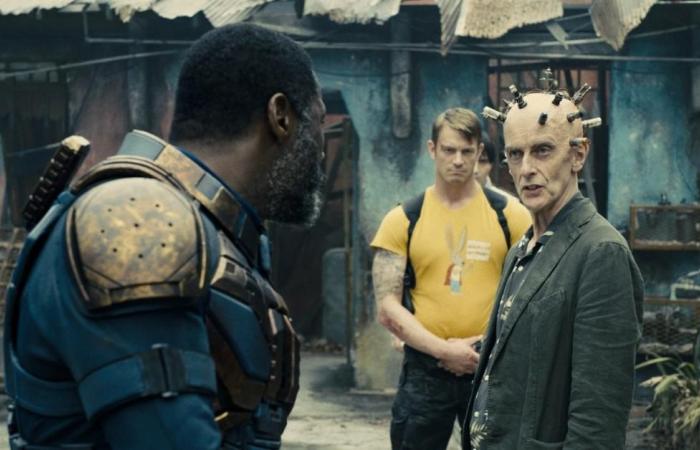 Directed by James Gunn (‘Guardians of the Galaxy’), ‘The Suicide Squad’ is an action-adventure film that serves as a standalone sequel to the 2016 movie ‘Suicide Squad.’ It tells the story of a group of supervillains sent to the South American island nation of Corto Maltese to infiltrate the Jötunheim scientific facility and destroy everything related to a program called Project Starfish. However, the group soon discovers that it was the American government that started the program. Because of a regime change, it wants all the records of the program to be destroyed. Following its release, the movie received overwhelmingly positive reviews. If you are wondering whether there will be a sequel to ‘The Suicide Squad,’ we got you covered.

‘The Suicide Squad’ premiered on August 5, 2021, in the US theatres. It simultaneously became available on the streaming service HBO Max a day later for a month. The film was released in the UK on July 30. As for ‘The Suicide Squad’ sequel, this is what we know.

No official statement has been yet released confirming the development of a sequel to ‘The Suicide Squad.’ However, Gunn is currently developing the ‘Peacemaker’ series for Warner Bros. and HBO Max. It will continue the story of one of the main characters of ‘The Suicide Squad.’ Furthermore, Walter Hamada, the President of DC films at Warner Bros., told the media that they had plans for more collaborations with Gunn in the future. In a recent interview, Gunn hinted that he was interested in making a solo film on Harley Quinn, another important character from the movie.

One of the projects that DC wants Gunn to do can potentially be an actual sequel to ‘The Suicide Squad.’ Or they can bring in a completely different filmmaker and let them explore the world in their own way. The team setup and the expandability of the characters will easily allow them to do that. Either way, the intermediate period between ‘The Suicide Squad’ and its sequel most likely will not be as long as the one between ‘Suicide Squad’ and Gunn’s films. Considering all this, the audience can expect ‘The Suicide Squad’ sequel to come out sometime in 2024.

The Suicide Squad Sequel Cast: Who Can Be in it?

Sylvester Stallone lends his voice to Nanaue or King Shark. Among these actors, Kinnaman, Capaldi, Courtney, Dastmalchian, Fillion, Borg, Ng, Davidson, Rooker, Botto, and Cosío will not likely return for the sequel as their characters have been killed in ‘The Suicide Squad.’ However, they might appear in flashback scenes. The rest of the cast will most probably reprise their roles.

The Suicide Squad Sequel Plot: What Can It Be About?

In ‘The Suicide Squad,’ Ratcatcher 2 calls upon the rats to attack Starro. Harley then kills it with Braun’s javelin. Bloodsport makes a deal with Waller. He will not go to the media with the findings of Project Starfish. In return, Waller will have to ensure that he and his associates don’t get caught. The film’s mid-credits and post-credits scenes reveal that Weasel and Peacemaker are alive.

In the prospective ‘The Suicide Squad’ sequel, Peacemaker might lead the team in their next mission. He and Harley might have an antagonistic relationship as the former killed Flag. The next time, more prominent villains might become part of the team. Weasel might play an important role in the sequel.