Will There be a The Curse of Bridge Hollow Sequel on Netflix? 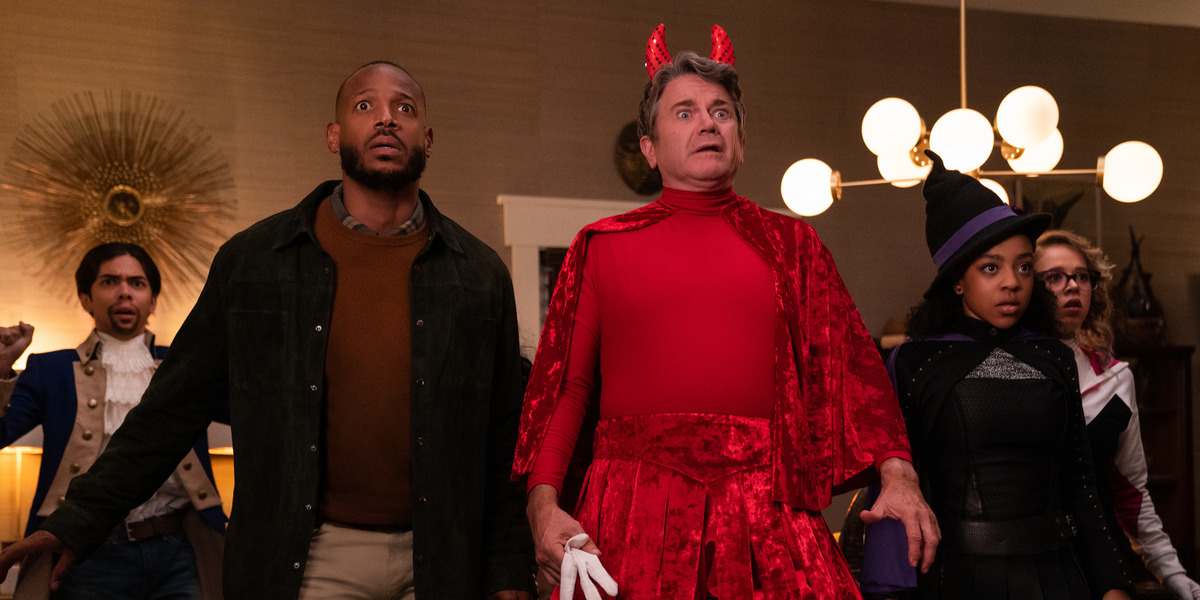 Netflix’s ‘The Curse of Bridge Hollow’ takes viewers to the titular small town where Halloween is a big deal. Sydney, a teenager, and her parents relocate to the town on the eve of Halloween. However, Sydney soon unleashes a deadly evil spirit on the town. As a result, she is forced to team up with her new friends and her father, a science teacher, to resolve the crisis.

The Jeff Wadlow-directed adventure comedy is an entertaining ride that highlights the theme of science vs. the supernatural with some inventive storytelling. Therefore, fans of the film must be wondering if a second installment will continue Syndey and her exploration of the paranormal activity in Bridge Hollow. In that case, allow us to share everything we know about the prospects of a sequel to ‘The Curse of Bridge Hollow.’

‘The Curse of Bridge Hollow’ was released on October 14, 2022, on Netflix. The film received mixed to positive reviews from critics, with praise for its humor and visual style. Concerning a sequel, there is no official confirmation on the matter so far. However, it is still early days, and the streaming service will likely wait to access the film’s performance before announcing a sequel.

On the other hand, the film’s makers and creative team have also remained tight-lipped on the plans for a sequel. Actress Priah Ferguson (‘Stranger Things‘), who essays the lead role of Sydney Gordon in ‘The Curse of Bridge Hollow,’ was questioned about the potential of a sequel in an interview. However, the actress denied having any knowledge of plans for a second installment but remained hopeful about the possibility.

The first installment sees Sydney and Howard dealing with the spirit of Stingy Jack, a deadly evil who seeks to bring Halloween forever to Bridge Hollow. In the end, Sydney and Howard save the town but make a shocking discovery. The film ends with the duo discovering Madam Hawthorne’s collection of supernatural objects and trapped spirits. As a result, there is scope for the story to expand in new directions and continue into a sequel.

The open-ending seems like an obvious hint at a potential sequel. Therefore, if the film receives a positive response from the audience and crosses Netflix’s viewership expectations, a second installment could be greenlit. Moreover, the first film’s holiday theme and light-hearted nature make the property appealing for the streaming giant to turn into a franchise. Hence, the chances of a sequel to the movie materializing are pretty high.

If a second part is announced, it could revolve around Syndey, Howard, and Sydney’s friends tackling a new evil spirit freed from containment. As a result, we could learn more about the town of Bridge Hollow and its connection to supernatural activity. Therefore, we can expect most of the main cast, including Marlon Wayans (Howard), Priah Ferguson (Sydney), Kelly Rowland (Emily), Lauren Lapkus (Mayor Tammy), and John Michael Higgins (Principal Floyd), are likely to reprise their roles in the followup.

Assuming a sequel is announced by Netflix in the coming months, production could take place sometime in early 2023. While the prospective second film could be ready for a release in 2024, the streaming giant will likely look to drop it close to Halloween. Therefore, viewers can expect to see ‘The Curse of Bridge Hollow 2’ arrive on their screens in October 2024, at the earliest.

Read More: Where Was Netflix’s The Curse of Bridge Hollow Filmed?