Will There be a The One Season 2? 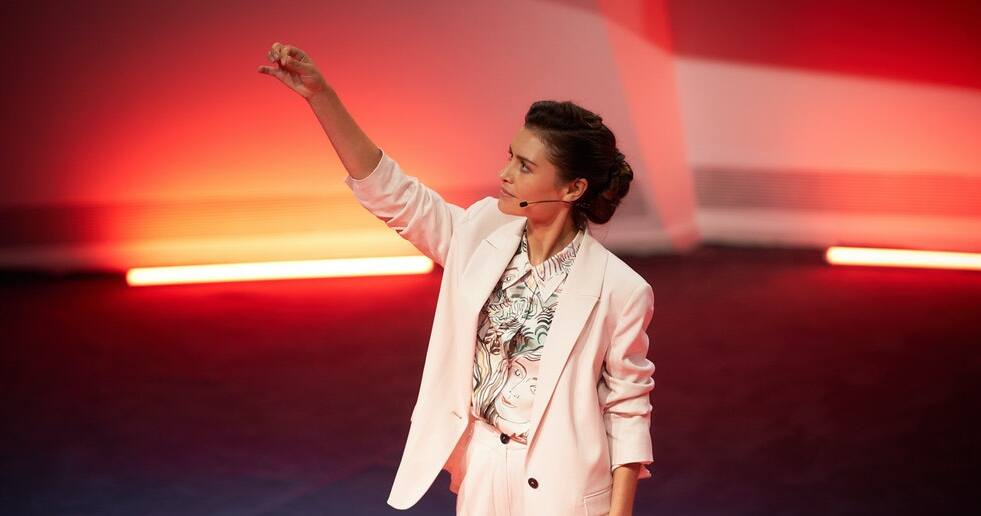 In a world that is so dependent on technology, ‘The One’ throws light on something almost everyone wonders. What if there is a person out there who is perfect for us? The British science-fiction series revolves around Rebecca, an ambitious DNA researcher and the founding CEO of MatchDNA. This matchmaking service uses a DNA test to identify an ideal match for an individual, and as a result, disrupts how people view love and relationships.

Created by Howard Overman, the show originally premiered in March 2021. The series is based on John Marrs’ eponymous novel, which has a massive fan following and is lauded for its gripping storyline. With the response that the book has received, it should not be surprising that this crime thriller series has won many hearts. After binging on the first season, you must be curious to know what the future holds for the show. Here is all that we know!

The One Season 2 Release Date

There is no official announcement regarding a second season yet. However, the first season ends on a cliffhanger, which lays the groundwork for a storyline that can be continued. The series is based on Marrs’ novel that already has a loyal fanbase. ‘The Sinner’ ’13 Reasons Why,’ and ‘The Undoing’ are examples of high-performing series that have been adapted from books. Therefore, we can see that there is a demand for shows like these.

The series has also been compared to ‘Black Mirror,’ a hit science fiction show that looks at the devastating consequences of technology in the lives of people. The creator Howard Overman is the man behind the series ‘Misfits’ which won the British Academy Television Awards for Best Drama Series in 2010. His other notable credits include ‘Atlantis,’ ‘Crazyhead,’ and ‘War of the Worlds.’ Therefore, this show comes from a writer who has vast experience of writing shows of different genres.

Hence, fans can keep their fingers crossed that his magic works for ‘The One’ as well. Taking into consideration all these factors, we can hope that there will be a second season soon. If the show meets the renewal criteria for Netflix and is renewed by mid-2021, we can expect ‘The One’ season 2 to release sometime in 2022.

The One Season 2 Cast: Who can be in it?

Rebecca Webb (Hannah Ware) is at the center of the storyline. Ben (Amir El-Masry) and James (Dimitri Leonidas) are her old friends who helped build the DNA-based matchmaking technology and helped MatchDNA become what it is today. Other characters that are central to the series are Matheus (Albano Jerónimo), Ethan (Wilf Scolding), Kate (Zoë Tapper), Mark (Eric Kofi-Abrefa), Megan (Pallavi Sharda), Hannah (Lois Chimimba), and Sophia (Jana Pérez).

If ‘The One’ show returns for a second round, we can expect to see most of the actors reprising their respective roles. We may only see El-Masry and Jerónimo in flashback sequences in the potential second season since their characters die in season 1. There may be a few new additions to the cast if new characters are introduced.

The One Season 2 Plot: What can it be About?

By the end of season 1, Kate has still not found substantial evidence to implicate Rebecca, although her doubt is unshaken. Kate manages to plant the seed of suspicion in Matheus’ mind and even gets him to record Rebecca’s confession as she tells him about Ben’s death. However, Matheus gets stabbed, and Rebecca finds out that he was recording her all along.

Kate knows that the audio recording has been deleted from Matheus’ cloud. In the conversation between James and Rebecca, it is revealed that having more than one match is a possibility if siblings inherit similar genetic traits from their parents. While Kate loses Matheus, James finds his match. After several lives are lost, the season ends with Rebecca addressing an audience, telling them that she has a secret that she wants to share.

If there is a season 2, we will learn about the secret that Rebecca wants to reveal to the audience. We will also know if the word will come out in the open that the matchmaking technology’s premise is faulty since there may be a possibility to match with more than one person. Kate is closing in on Rebecca, but will the latter finally bear consequences for her actions? In the final moments of season 1, Mark and Hannah are seen celebrating their pregnancy while Megan is seen filling the application to run a DNA test on Hannah. Therefore, in the potential second season, Mark and Hannah’s dreams could be upended.

Read More: The One Filming Locations