Will There be a Train to Busan 3? 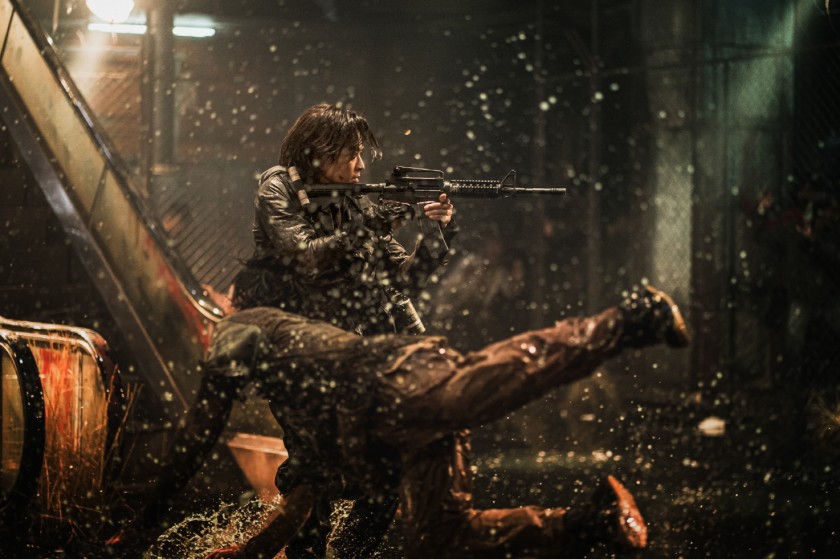 Directed by Yeon Sang-ho, ‘Train to Busan Presents: Peninsula’ is the second installment in the zombie horror franchise. It follows a soldier as he leads a team to the zombie virus-infested Korean Peninsula to retrieve a truck full of money. The premise is notably different than the first movie in the movie series. So, if you’re curious about what the third film can look like, then this article is for you.

‘Train to Busan Presents: Peninsula’ or ‘Train to Busan 2’ released on July 15, 2020, in South Korea. It was also supposed to be shown at the Cannes Film Festival this year but was unfortunately canceled due to the coronavirus pandemic. Talk about irony!

In the States, it was released later, on August 21, 2020. For an apocalyptic movie, it was received fairly well, especially due to the action sequences. While we do know that the director is working on a third film, there is not much information about it just yet. However, we can expect ‘Train to Busan 3’ to release sometime in 2022 or later.

Train to Busan 3 Cast: Who can be in it?

Gang Dong-won stars as Jung-Seok, the former soldier who is spearheading the mission to retrieve the money. We also see Lee Jung-Hyun play the role of Min-jung, an enigmatic figure who saw the protagonist a few years earlier while trying to escape Korea. Lee Re is Jooni, Min-jung’s daughter, and she does her best to help the survivors by driving an armored car.

If you’re a fan of the Korean franchise, then you would know that the characters in both films don’t overlap, especially since both plots feature a different apocalyptic anecdote. For this reason, we feel like none of the aforementioned cast members will be reprising their roles in the events of a sequel.

Train to Busan 3 Plot: What can it be About?

Explaining the backdrop of the second film, the filmmaker said, “It takes place four years after Train To Busan, in the same universe, but it doesn’t continue the story and has different characters. Government authority has been decimated after the zombie outbreak in Korea, and there is nothing left except the geographical traits of the location – which is why the film is called Peninsula.” In this chaotic environment, Jung-Seok is tasked with leading a team to retrieve a food truck that contains $20 million.

However, their journey reveals that many survivors in the area are still uninfected. Talking about how the zombie virus even started in the first place, the director said, “I’ve thought about dealing with that question in another film, which probably I won’t direct myself. There are a lot of interesting questions you could answer, issue by issue, with other films.”

With this in mind, we do think that the third film in the series could feature a scientific laboratory where they show the virus being created. We may just get to see how scientists fail to curb its spread everywhere and how the inaction of authorities (or other such responses) leads to it becoming an apocalyptic disease.