WIll There be a Trollhunters: Rise of the Titans Sequel? 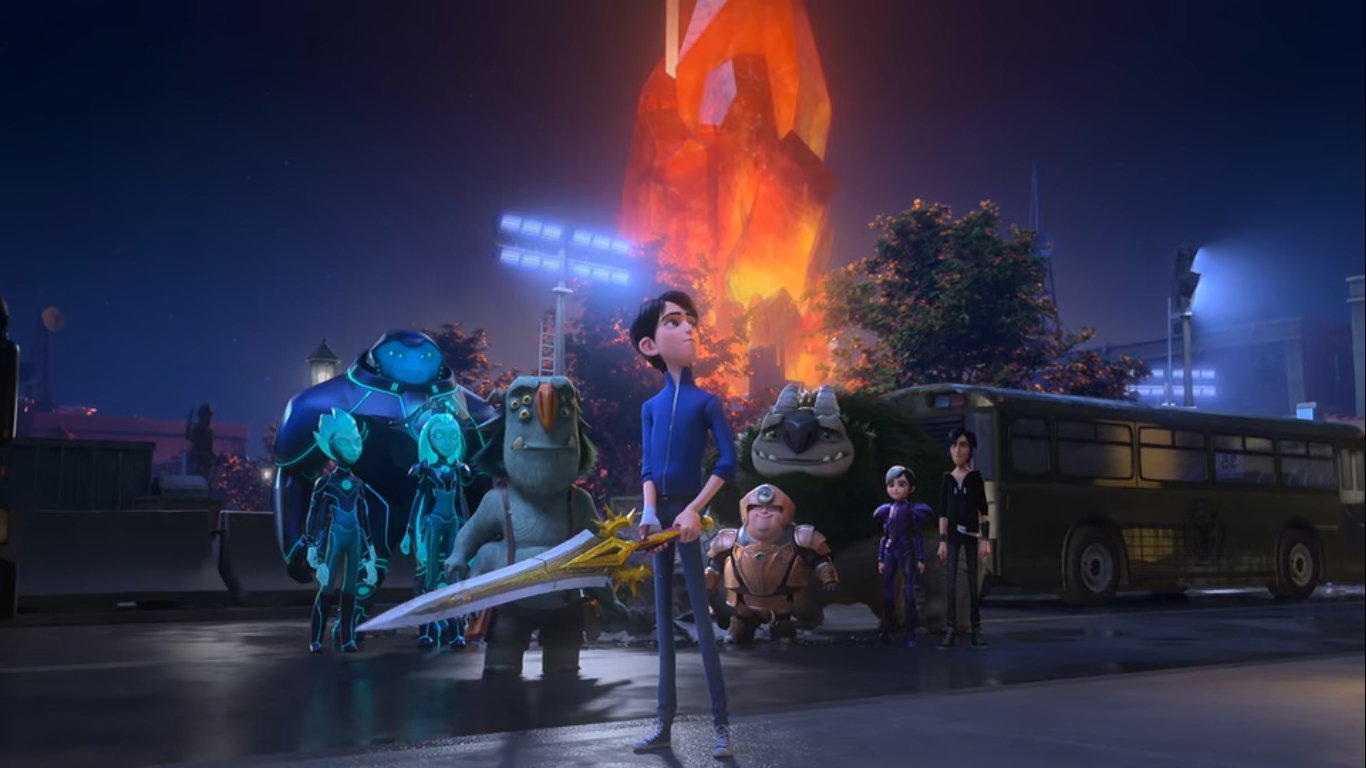 The animated fantasy feature ‘Trollhunters: Rise of the Titans’ progresses the story of the widely popular and critically acclaimed ‘Tales of Arcadia’ series created by Guillermo Del Toro and Daniel Kraus. The viewers are plunged into a world where humans reside side by side with trolls, dragons, robots, aliens, and other magical creatures. According to some critics, the series was one of the best children’s animations to come by after ‘Avatar: The Last Airbender,’ and they are not wrong. Beautifully animated, guided by an aptly dramatic score, and built upon the timeless legends of King Arthur and Wizard Merlin, the epic franchise is one of the best things to have ever landed on Netflix.

The film’s story begins in the aftermath of the third series, ‘Wizards: Tales of Arcadia,’ and we meet a powerless Jim with his Amulet broken. The supreme villains of the Arcane Order awaken the ancient titans to recreate the world, and the heroes come together to counter the demigods. In the end, the world lives to see another day. However, after the jaw-dropping twist of the film’s finale, fans must be eager to see a follow-up pronto. If you are weighing the prospects of a sequel to the movie, allow us to keep you posted.

‘Trollhunters: Rise of the Titans’ premiered on July 21, 2021, on Netflix. The 106 minutes long movie brings together characters from the three series for what seems to be a final journey. But considering the popularity of the franchise, you are bound to root for a follow-up. In that case, let us tell you what we know.

The idea of an underworld brimming with magical creatures came to the eccentric mind of Del Toro as he was exploring the sewer networks of Guadalajara. The acclaimed director of ‘Pan’s Labyrinth’ initially conceived the story to be a live-action television series. Still, the budget restraint made him write the story in the novel form instead. Teaming up with Daniel Kraus, the director wrote the first book ‘Trollhunters.’

DreamWorks Animation picked up the book for an animated feature, but Netflix envisioned the story as a CGI animated series. Thus, the first series of the franchise, ‘Trollhunters: Tales of Arcadia,’ came to life. The rest is history. After spawning three series, several novels, a video game, and a full-length feature to top it all off, the series has made its lasting mark in the children’s television series segment, pushing the boundaries with its epic scale of storytelling.

However, the film seemingly marks the end of the grand franchise. Del Toro himself suggested that his initial idea was to create a magical universe in the first series and expand it in subsequent spin-offs. The story arcs of the three series often collide, as we see a previous moment from another character’s perspective. The series creator’s idea was to finish the narrative with a feature-length movie, where characters from the three series would come together for a grand battle.

The battle shown in the film is undoubtedly one of the most exciting of the franchise. And the ending of the film also leaves strands to be further explored. Jim gets the time stone and commences a journey to the past to make things right. However, in this timeline, things happen quite differently. Jim nails the audition of ‘Romeo and Juliet’ – this time with more zeal, as his adventures have taught him the true meaning of destiny. Moreover, Toby gets the Amulet this time, and he is chosen to be a trollhunter.

Therefore, although the movie brings the epic saga to a close, it keeps avenues open for further exploration. It would certainly be interesting to see how Toby handles the “sacred obligation” this time. Alternatively, there can be spin-offs set in entirely different worlds, introducing some new characters in the universe. But that is just wishful thinking for now. All things considered, it seems highly unlikely that the ‘Trollhunters: Rise of the Titans’ sequel will be made anytime soon.