Will There be a Valley of the Dead Sequel? 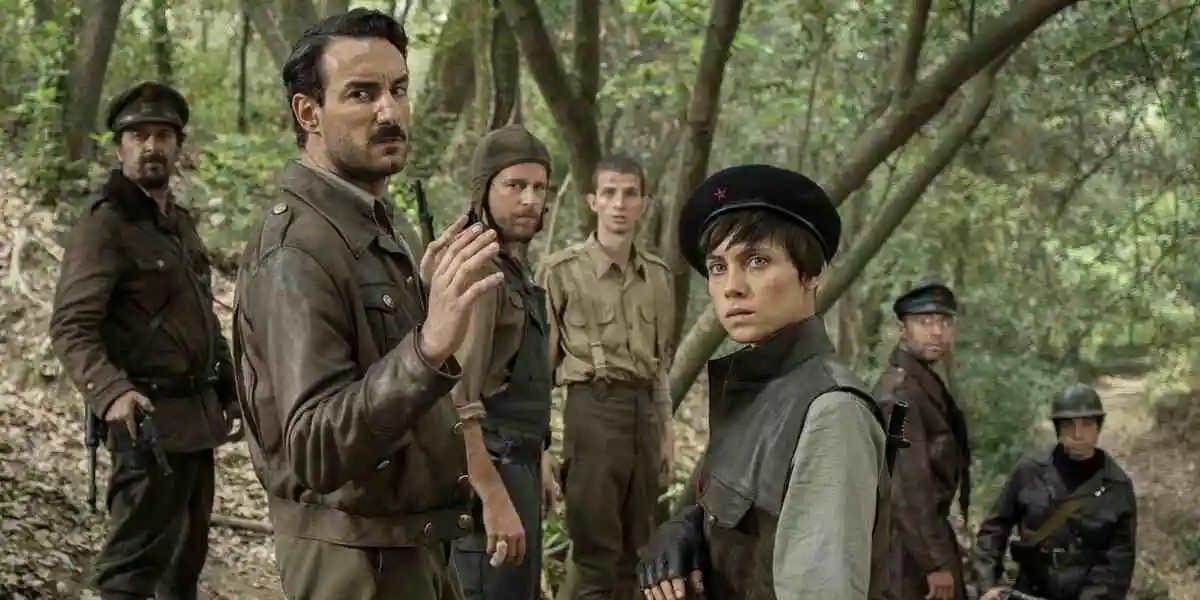 ‘Valley of the Dead’ (titled ‘Malnazidos’ in Spanish) follows two opposing army troops during the Spanish Civil War as they are forced to join hands to fight a zombie invasion. The Spanish-language film is directed by Javier Ruiz Caldera and Alberto de Toro. It is based on the novel ‘Noche de Difuntos del 38’ by Manuel Martín Ferreras.

The film has received mixed to positive reviews from critics. It ends on an optimistic note but leaves plenty of questions unanswered. Therefore, viewers must be wondering whether a follow-up entry will continue the story. If you are looking for more details about a ‘Valley of the Dead’ sequel, here is everything you need to know!

Valley of the Dead 2 Release Date

‘Valley of the Dead’ was released on July 11, 2022, on Netflix. The film premiered on October 8, 2020, at the 53rd Sitges Film Festival (FICFC). Initially slated for a theatrical release on January 22, 2021, the film’s release date was postponed several times. The movie received a theatrical release in Spain on March 11, 2022, before releasing on Netflix later that year.

As for news about a sequel, the filmmakers have remained silent on the matter. Moreover, Netflix is yet to announce another installment officially. However, author Manuel Martín Ferreras whose book serves as the film’s source material, has expressed interest in converting the story into a trilogy. Likewise, a post-credits scene at the end of the first film also teases the possibility of a sequel. Hence, it is likely that the makers have plans for a follow-up installment.

If the film reaches Netflix’s viewership expectations, the streaming service could announce a sequel in the coming months. Assuming production on the second installment commences in early 2023, ‘Valley of the Dead 2’ could hit our screens sometime in Q3 of 2024, at the earliest.

Valley of the Dead 2 Cast: Who can be in it?

A potential ‘Valley of the Dead 2′ is likely to see the return of Esparbé, Garrido, and Callejo as their characters survive the first film’s events. However, the rest of the cast members are unlikely to reprise their roles, given their characters’ demise. In the second installment, we will likely see new actors joining the cast bringing fresh characters into the fold.

Valley of the Dead 2 Plot: What can it be About?

‘Valley of the Dead’ sees Jan Lozano teaming up with the Republican troop led by Sargento and other survivors as a zombie virus breaks out. As the group finds its way to the origin point of the virus, they learn that the Nazis who created the virus haven’t found an antidote. Therefore, the zombies will continue their rampage. Ultimately, Jan loses his hand but is saved by Matacuras and Sargento. However, Jurel, Mecha, and others heroically sacrifice themselves. In a post-credits scene, Jan’s severed hand reanimates as a zombie.

‘Valley of the Dead 2’ will likely follow Jan as he searches for an antidote to the zombie virus. Thus, he could once again cross paths with Matacuras and Sargento. Meanwhile, Jan’s zombie hand could mark the start of his slow transformation into a zombie. However, the hand could also hold the secret to creating an antidote. Nonetheless, Jan will likely struggle to create a united front to fight against the zombies amidst the Civil War.

Read More: Where is Netflix’s Valley of the Dead Filmed?