Will There be a Venom 3? 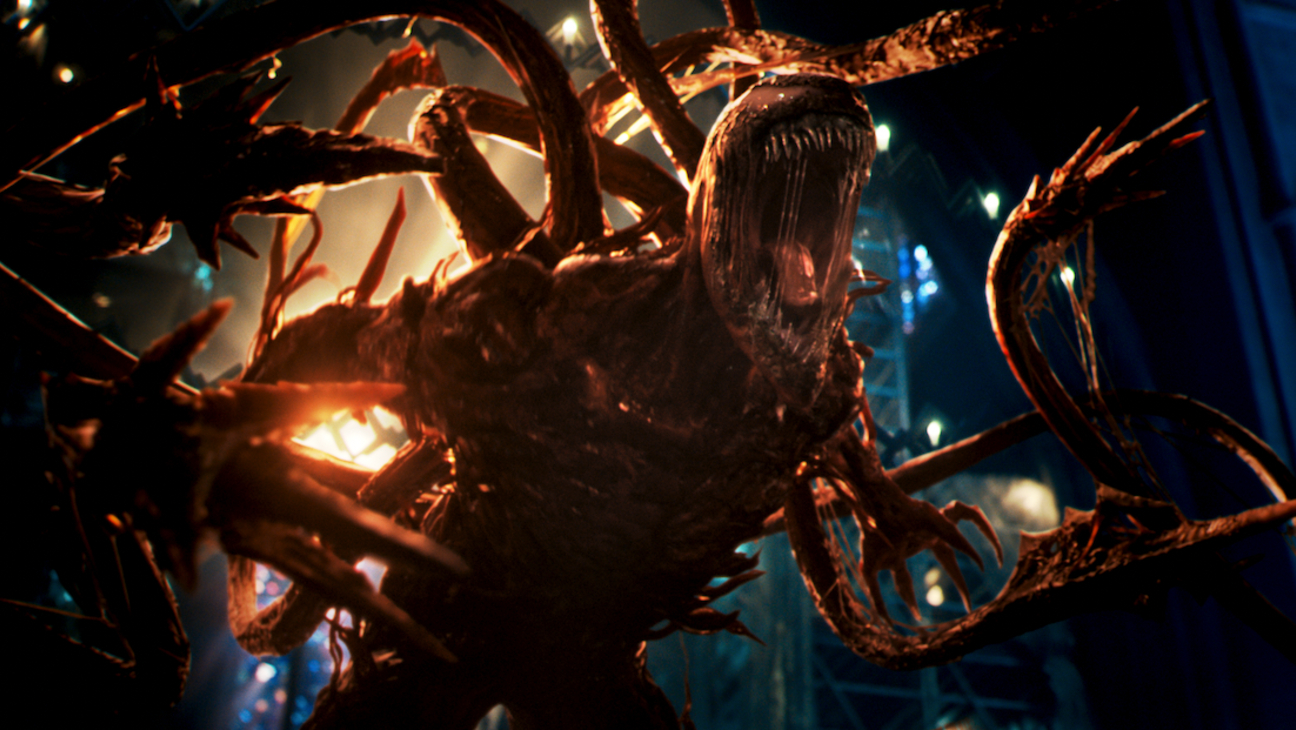 Directed by Andy Serkis, ‘Venom: Let There Be Carnage,’ alternatively known as ‘Venom 2,’ is a superhero action film. It is the second entry in Sony’s Spider-Man Universe following the first ‘Venom,’ which came out in 2018. The story revolves around investigative journalist Eddie Brock, who has bonded with the alien Symbiote Venom and, as a result, has gained a number of special abilities.

In the course of the first film, Brock and Venom develop a mutually beneficial relationship while taking on a Symbiote called Riot and its human host Carlton Drake. In ‘Venom: Let There Be Carnage,’ Brock and Venom’s primary antagonist is serial killer Cletus Kasady/ Carnage. The latter is an offspring of Venom, but it is much more powerful than its progenitor. If you have watched the second film, including that explosive post-credits scene, and are wondering whether there will be a ‘Venom 3,’ we got you covered.

‘Venom: Let There Be Carnage’ or ‘Venom 2’ was released in the US theaters on October 1, 2021. Before that, an early screening of the film was held for the fans in London on September 14, 2021. The film was originally supposed to premiere in the US on October 2, 2020, but suffered multiple delays due to the COVID-19 situation before receiving an October 15, 2021 release date. However, it was then brought forward to October 1. As for ‘Venom 3,’ this is what you need to know.

Neither Sony executives nor filmmakers involved with ‘Venom 2’ have made any official statement confirming the development of a third Venom film. However, back in August 2018, Tom Hardy, who plays the titular character in the franchise, revealed that he had signed on for three projects. He said in an interview in September 2021 that he was deeply invested in the Venom franchise, adding, “If it’s successful, there is another one to do.”

Serkis, who replaced Ruben Fleischer (the director of the first film) on the helm of the second, has stated that he would love to direct another ‘Venom’ film, hailing the experience as “joyful.” Elsewhere, he said that the worlds of ‘Spider-Man’ and ‘Venom’ franchises would eventually collide if they made more ‘Venom’ movies, which he added depended on the second film’s success. Given the post-credits scene of ‘Venom: Let There Be Carnage,’ it seems like that the worlds might collide even earlier than that. There are already speculations about Hardy’s appearance in the MCU film ‘Spider-Man: No Way Home,’ which is set to come out on December 17, 2021.

Asked about how they plan to go bigger for ‘Venom 3’ after the introduction of Carnage, Hardy said in another interview, “… one has to look at the whole overarching option. First, you establish a character, people like it, and then you take them on a journey.” Dubbing Carnage the high-priest in the arcana of the characters (in Venom-Verse), he stated that the filmmakers would have to go bigger after him or lateral and build a wall.

“There’s a Venom-Verse, there’s a Spider-Verse, there are multiverses, there’s all kinds of canon and lore and mythology to explore both laterally and forward in time,” he added. “I think with the right people and the right planning, and feedback from the audience, and understanding it’s about making the right choices at the right time. Even with [the] foresight of understanding where things may go already or they wish to go, it’s a combination of all those in the alchemy of what it will be.” Ultimately, as both Hardy and Serkis have stated, the development of a third film depends upon the success of the second. If it gets greenlit in the next few months, the audience can expect ‘Venom’ 3’ to come out in late 2023.

Aside from Hardy, ‘Venom: Let There Be Carnage’ stars Woody Harrelson as Cletus Kasady/Carnage; Michelle Williams as Anne Weying, the district attorney who was previously engaged to Brock; Naomie Harris as Frances Barrison/Shriek, a supervillain who has a relationship with Kasady; Stephen Graham as Detective Mulligan, who asks for Brock’s help to find the locations of the remains of Kasady’s victims; and Reid Scott as Dan Lewis, Anne’s current fiancé.

Furthermore, Tom Holland appears as Peter Parker/Spider-Man and J. K. Simmons as J. Jonah Jameson in the post-credits scene, effectively linking Venom to the MCU. Harrelson and Harris will not return in the prospective sequel as their respective characters are killed in ‘Venom 2,’ except for maybe in flashback scenes. The rest of the cast will most likely reprise their roles.

Venom 3 Plot: What Can It Be About?

In ‘Venom 2,’ Shriek dies after a church bell falls on her. It is later revealed that Mulligan now possesses her abilities. Venom eats Carnage before the latter can bond with Kasady. Even though Kasady tells Brock that he just wanted to emulate him, Venom also devours the serial killer. In the post-credits scene, Brock and Venom are on a remote island when the reality suddenly shifts, and they are in the world inhabited by MCU’s Spider-Man.

Serkis has expressed his interest in using more residents from Ravencroft Institute in future projects. So, characters like Massacre and Vermin might appear in ‘Venom 3.’ If Spider-Man appears in the movie, the relationship between him and this version of Eddie and Venom will not likely be antagonistic. Mulligan might turn into an important supporting hero who will help Venom battle a significantly more powerful enemy.

Read More: Does Venom 2 Have a Post-Credits Scene?