Will There be a Wizards: Tales of Arcadia Season 2? 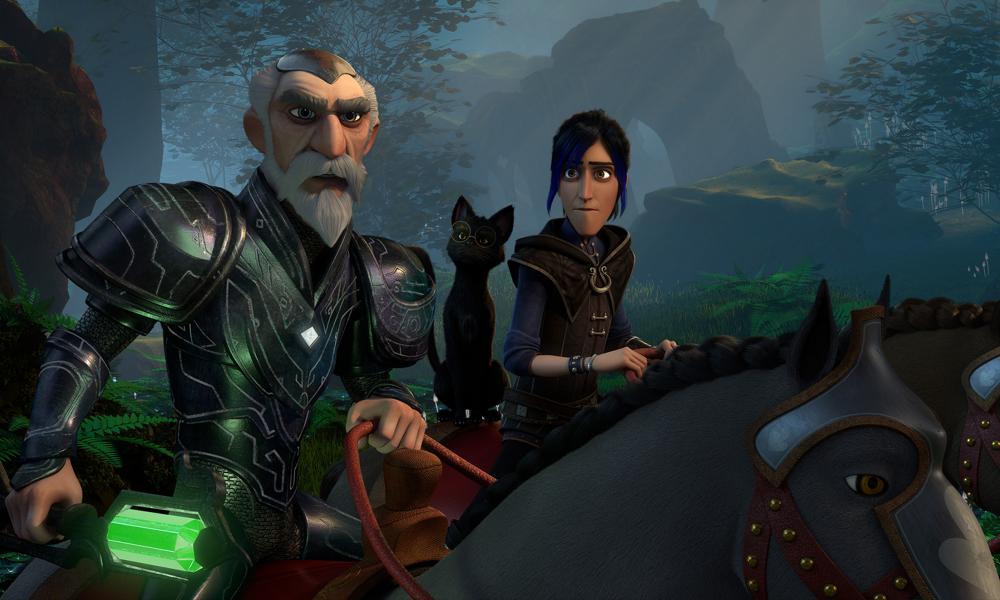 It all started in December 2016, when Jim came across a magic amulet that chose him as a Trollhunter – a guardian that protects both the worlds of trolls and humans. This is the beloved storyline of ‘Trollhunters’, the first in a trilogy of animated epic television series by DreamWorks. While ‘Trollhunters’ follows an unlikely hero’s journey through an even unlikelier destiny, the second show in the trilogy, ‘3Below’, is more sci-fi fantasy and centers on alien royals who have crash-landed on Earth and are fighting to survive an intergalactic war.

The epic saga “Tales of Arcadia” (created by Guillermo Del Toro) weaved by ‘Trollhunters’ (three seasons) and ‘3Below’ (two seasons), is set in the sleepy town of Arcadia Oaks where just underneath the surface of the human world, there exists a magical world full of trolls, wizards, and other wondrous creatures.

Wizards: Tales of Arcadia season 1 on released on August 7, 2020. So far, the showrunners and creators and production studios are keeping mum on whether there will be another season of ‘Wizards’ or not. While this series was promised to be the final culmination of the trilogy, there are a lot of loose threads that Season 1 did not tie up together and the audiences are left with lingering questions at the end of 10 episodes. No spoilers, but it even ends on a cliffhanger! So does that mean there will be another season of ‘Wizards’?

Executive producer Marc Guggenheim has been dropping some hints here and there, all the while remaining strangely (and optimistically) tight-lipped. In one interview he even dodged any questions about another season by claiming that DreamWorks and Netflix have trained assassins on retainer. In another interview, he hinted at something exciting at works that he couldn’t speak about yet.

If there is, in fact, something else coming up in the future, our guess is that Wizards: Tales of Arcadia season 2 might release sometime in 2021. Let’s keep our fingers crossed.

Wizards: Tales of Arcadia Season 2 Cast: Who Can Be In It?

If there is to be a second season of ‘Wizards’ then our guess is that the main cast will all most likely reprise their roles. David Bradley as Merlin, Colin O’Donoghue as Douxie, Alfred Molina as Archie, Emile Hersch as Jim, Lexi Medrano as Claire, Charlie Saxton as Toby, Kelsey Grammer as Blinky, and Steven Yeun as Steve can all be expected to return.

Wizards: Tales of Arcadia Season 2 Plot: What Can It Be About?

The plot of ‘Wizards’ follows Douxie (Merlin’s apprentice of 900 years who is also a barista in the modern world) as he is tasked with bringing together the Guardians of Arcadia to fight in an epic battle for control of magic and to save the universe. They somehow travel through time and end up in medieval Camelot where they have to team up with Arthur, Lancelot, and others to save the world of humans, trolls, and wizards. All this, while making sure their actions in the past don’t mess up the timeline and obliterate their future.

If Netflix and the show creators do decide to renew the series for another season, there are endless storylines they can choose from to pick up and build on. Now that time-traveling has been introduced in the show, couple that with all the magic, and there is no bounds to the kind of plot they could come up with. ‘Trollhunters’ focuses on medieval magic coming to the modern world, ‘3Below’ centers on aliens, and ‘Wizards’ features time-traveling back to medieval times at the beginning of things. Maybe if there is a season 2, they can travel forward in time to the future.