Will there be Wayne Season 2? 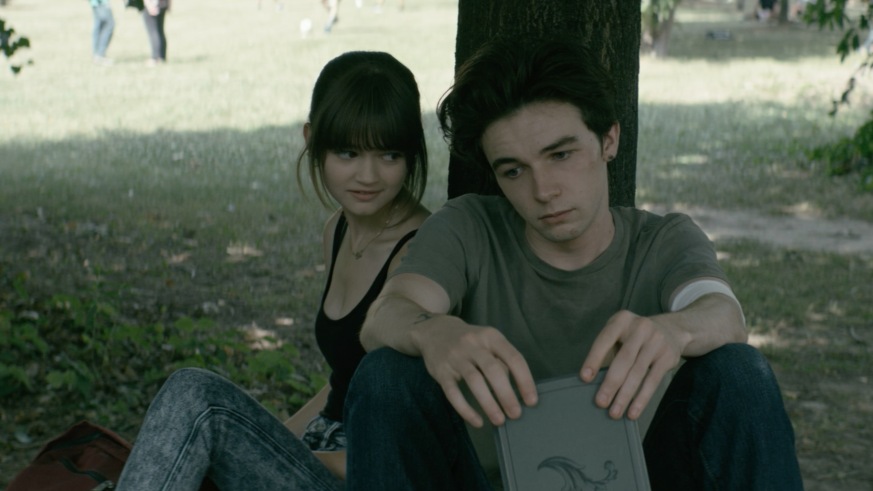 ‘Wayne’ is a dark comedy-action series that explores the adventures of a vigilante teenage boy, Wayne, who rides across the country, from Brockton in Massachusetts to Ocala in Florida, on a bike with his crush Del, in search of his father’s stolen Pontiac Trans-Am. It is the brainchild of Shawn Simmons, who is the creator of the show. Upon its release in January 2019, the pilot episode grabbed eyeballs with a whopping 27 million views, making it one of the most popular shows to be aired on Youtube Premium.

The first season received a positive response from the critics as well as the audiences owing to the engrossing and unique storyline, stellar performances, wide-ranging themes, and action scenes Naturally, fans must be looking for details on the release date, cast, and other updates of ‘Wayne’ season 2. Here’s what we know.

‘Wayne’ season 1 aired on January 16, 2019, on Youtube Premium. When the streaming wars heated, Youtube decided to step back on original programming content, which led to the show getting canceled in August 2019. The series soon found its home on Amazon Prime on November 6, 2020, giving fans hope for a new season in line.

Talking about the future of the show, creator Simmons said that the premiere of the second season has already been written, and the entire season is mapped out. All they are waiting for is a green signal from Amazon Prime. “The script that you have for the first episode of Season 2 is probably the best of the Wayne saga I’ve read,” he said in an interview with Inverse. If the show manages to fulfill the renewal criteria of Amazon Prime and does get renewed, we can expect ‘Wayne’ season 2 to release sometime in 2022 or later.

Wayne Season 2 Cast: Who can be in it?

In season 2, Wayne (Mark McKenna), the teenager-turned-vigilante, and Del (Ciara Bravo) will return, setting the frame for their past adventurous road trip. Dean Winters, known for his role in Brooklyn Nine-Nine, is here to stay as Bobby, with a face showing how much he hates Wayne dating his daughter Del. The second season might also see the return of Jamie and Jon Champagne playing Del’s brothers Teddy and Carl.

We can also expect to witness the return of Stephen Kearin as Sergeant Stephen Geller. Other returning cast members can include Dean Winters as Bobby Luccetti, James Earl as Officer Jay Ganetti, Mike O’Malley as Principal Tom Cole, Joshua J. Williams as Orlando Hikes, Michaela Watkins as Maureen McNulty, among others. If renewed, season 2 can also feature some new characters and cast members.

Wayne Season 2 Plot: What can it be About?

In the first season, Wayne, along with his love interest, Del, probably the only woman who likes the broken and awkward soul he is, sets out on a road trip to get hold of his father’s stolen Trans-Am. What follows is a series of events that take place in this tedious and frightful journey, along with lots of laughs. Season 1 ends with Wayne being taken away by cops to be sent back to Brockton where he will be charged and face legal consequences for incidents committed in this journey. In the meantime, Del is taken away from him by her father and brothers, expecting to never see Wayne again.

After seeing a rollercoaster ride of romance, violence, anxiety, loneliness, and a lot of blood in the first season, Wayne and his adventures have already raised the bar for the potential second season. Season 1 ends on a personal low for Wayne and Deliah. According to the showrunners, season 2 of the dark comedy series is expected to begin with Wayne in the juvenile center.

If there’s one thing Wayne cannot stand, it’s injustice. He has to step out and fix the wrong. If renewed, it will be interesting to see how Wayne will escape the clutches of the legal system and break out of the juvenile center to right the wrongs. “The whole season’s about Wayne trying to go straight, trying to earn back Del, and find the peace he deserves,” Simmons said.