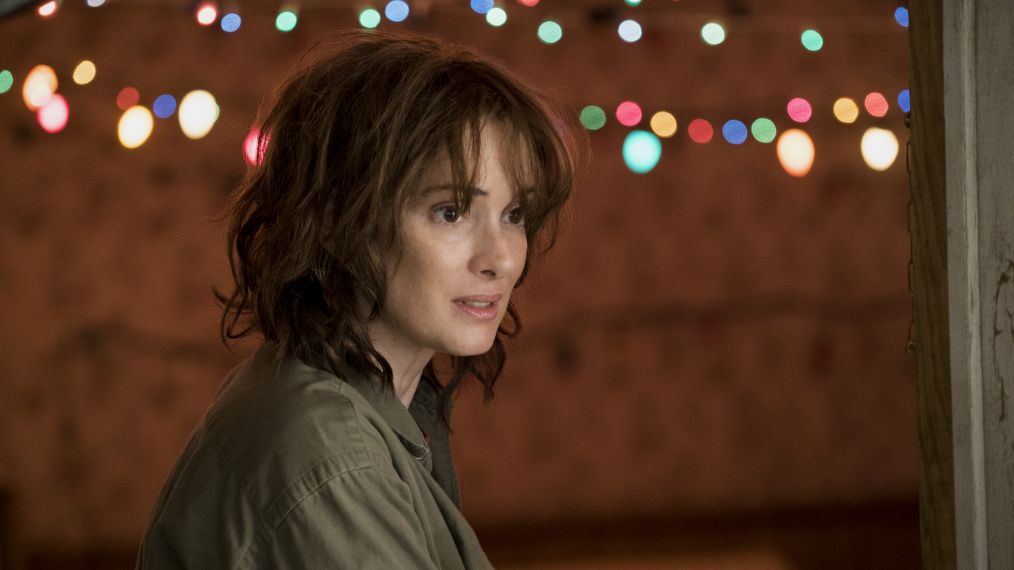 Eccentricity has been Winona Ryder’s forte ever since she made her acting debut with the 1986 flick ‘Lucas’ from director David Seltzer. Seltzer discovered the talented girl from a videotape she sent him for an audition of another project. The Minnesota born actress was bullied by classmates when she was a student. The bullies used to call her a witch because she was different from others. The hostile atmosphere in the school turned her towards homeschooling, books and reading. She got her first breakthrough in 1988 with the horror-comedy ‘Beetlejuice’ from director Tim Burton. Ryder played the character of an eccentric teen girl Lydia in the movie which cemented her freakish image.

Ryder’s next major role was in the 1990 flick ‘Edward Scissorhands’ alongside Johnny Depp. The dark comedy that followed, ‘Heathers’, featured her as a hyperactive high school girl. The early ‘90s saw Ryder in more matured roles. She played the lead role in films like Bram Stoker’s ‘Dracula’ (1992) and ‘The Age of Innocence’ (1993), the latter of which brought her an Academy Award nomination for Best Supporting Actress.

The second half of the ‘90s was a disappointing period for the rising star. She played a number of forgettable roles in movies that sank without a trace. The disheartening period was punctuated with gems like the character Jo in ‘Little Women’ (1995) and ‘Girl, Interrupted’ (1999), in which she played the role of a young woman battles with mental illness. Her stunning portrayal of Jo in ‘Little Women’ earned Ryder another Academy Award nomination for Best Actress. She tried to keep up the momentum with movies like ‘A Scanner Darkly,’ ‘The Darwin Awards,’ ‘The Ten,’ and ‘Sex and Death 101.’

Ryder bounced back in the 2000s with back-to-back hits in both small and big screens. She earned critical praise for her performance in the 2010 television movie ‘When Love Is Not Enough: The Lois Wilson Story.’ She emerged as a leading character actress with movies such as ‘Black Swan’ (2010), ‘The Dilemma’ (2011), ‘The Iceman’ (2012), and ‘Homefront’ (2013). She reunited with her ‘Dracula’ colleague Keanu Reeves in the 2018 romantic comedy ‘Destination Wedding.’

Ryder returned to full form with the 2016 Netflix series ‘Stranger Things.’ In the sci-fi drama series, she played the central character of Joyce Byers, a single mother whose son vanishes without a trace. Her portrayal of Joyce earned her a Golden Globe nomination while the series went on to become one of the most popular titles of the streaming giant. Ryder is often referred to as an icon of a generation that is bullied and outcast because they were a little different from others. She played characters who reflected this alienated sentiment as people who felt insecure to live in a hostile society readily identified with her troubled, eccentric and spontaneous reincarnations. Now you must be wondering what is the next Winona Ryder movie or TV show? Well, here’s the list of upcoming Winona Ryder films and TV shows scheduled to release in 2019 and 2020. We can only hope that the latest Winona Ryder movies would be as good as some of her recent ones.

2. The Plot Against America (TBA) 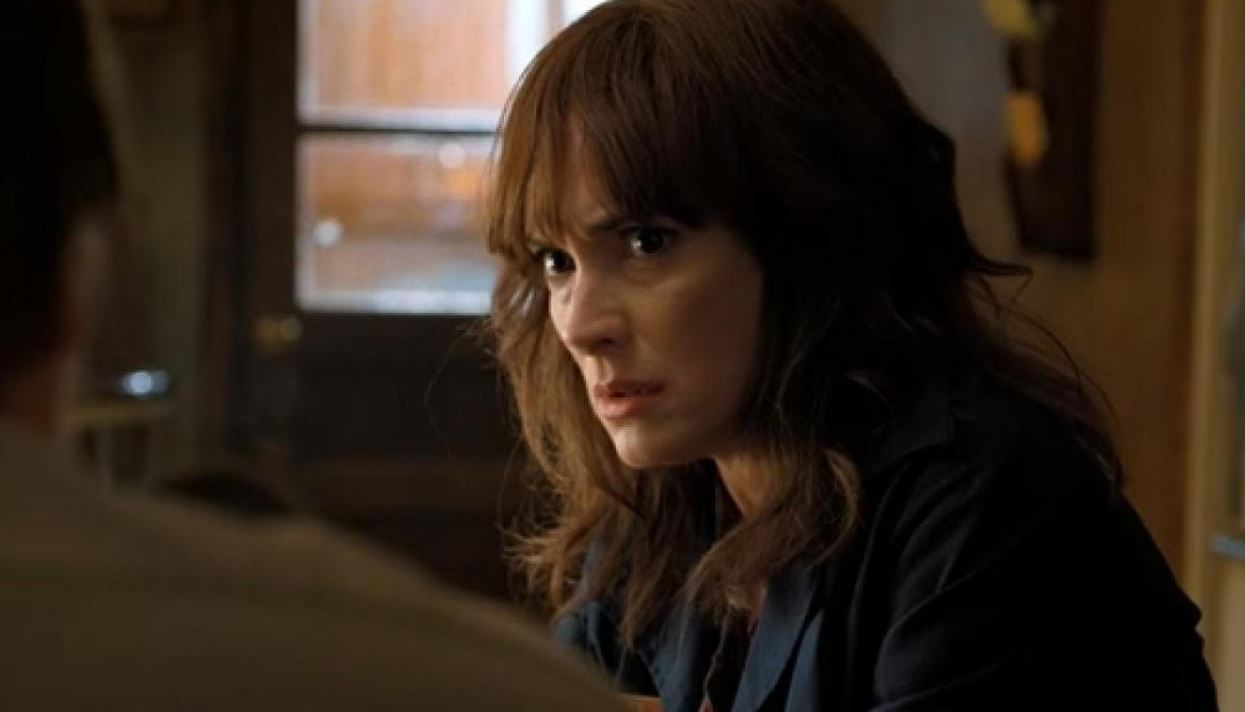 ‘The Plot Against America’ is a six-part miniseries from HBO based on the 2004 novel of the same name by the late Philip Roth. Winona Ryder will be seen alongside Zoe Kazan, Morgan Spector, Anthony Boyle, Azhy Robertson, Caleb Malis, and John Turturro in the series which is produced by Annapurna Pictures and Joe Roth. The plot centers on an alternate history of the United States of America that unfolds through the eyes of a Jewish family from a working-class background. They serve as the silent witnesses to the rise of a xenophobic leader of the multitudes, Charles Lindbergh who becomes the President of the country. The family haplessly watches as the nation slips into the grips of fascists, populists and ultra-nationalist loudmouths. Ryder portrays the character of Evelyn Finkel, an unmarried woman who desperately tries to find her place in life after taking care of her ailing mother for 10 years.

Kazan plays Elizabeth “Bess” Levin, a mother who fears the days to come and tries to secure her family from the tense political atmosphere around. Spector dons the role of Herman Levin, the man of the family who is an insurance agent trying hard to maintain a tranquil air among his family members and friends. Boyle plays Alvin Levin, Herman’s nephew who is angry about the new developments in the country. Robertson is Philip Levin, the youngest member of the family who is torn between curiosity that comes with his age and anxiety of living in an insecure society. Simon and Burns are executive producing the project along with Joe Roth, Jeffrey Kirschenbaum, Nina K. Noble, Megan Ellison, Sue Naegle, and Susan Goldberg. Dennis Stratton and Philip Roth are serving as co-executive producers of the project, whose production is underway in New York City, according to Deadline. 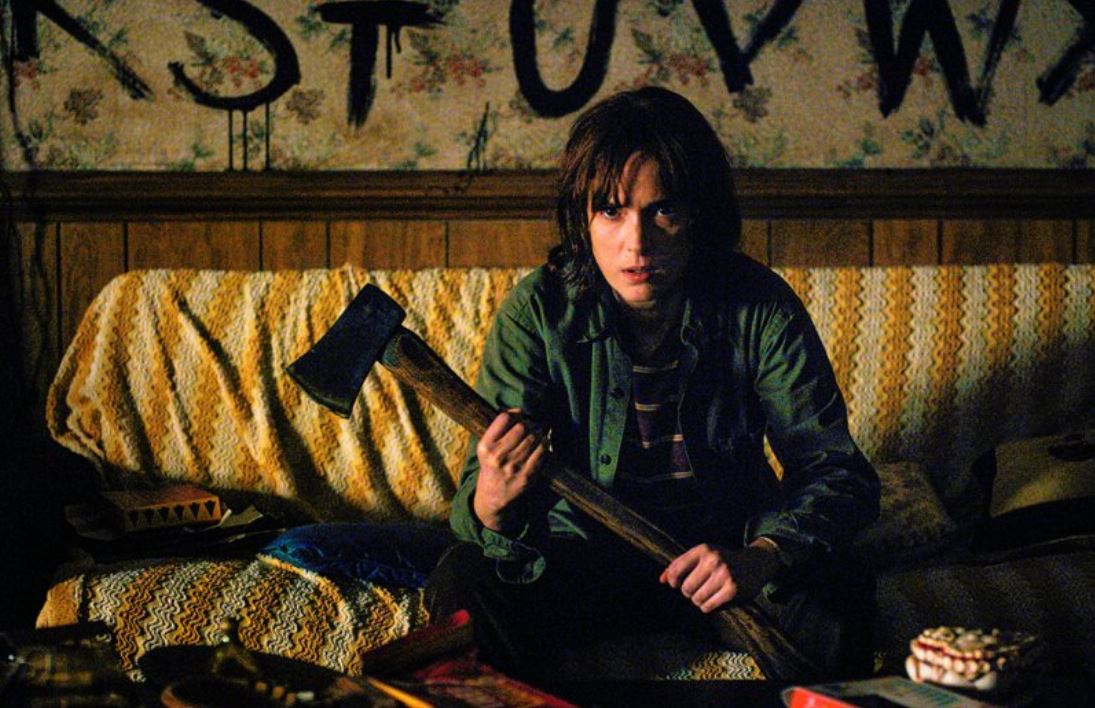 Netflix’s popular supernatural series ‘Stranger Things’ has created quite a buzz around its plot and characters with its last two seasons. Set in the fictional town of Hawkings of the ‘80s, the plot follows the mysterious disappearance of a boy while the Hawkins National Laboratory conducts secretive scientific research for the United States Department of Energy. The paranormal and supernatural research also includes tests using humans. Soon, the aftermath of the experiments starts to haunt the inhabitants of Hawkins, who are petrified by the supernatural occurrences in the town due to the Laboratory. To add fuel to the fire, an unknown girl with psychokinetic powers appears in the town amidst rumors spreading like wildfire. All roads lead to an alternate dimension invented by Hawkins Laboratory scientists called “Upside Down.”

Winona Ryder plays the lead role of Joyce Byers, the mother of Will (Charlie Heaton) and Jonathan Byers (Noah Schnapp), who is captured by the “Upside Down.” Other cast members include Millie Bobby Brown, David Harbour, Finn Wolfhard, Gaten Matarazzo, Caleb McLaughlin, Natalia Dyer, Charlie Heaton, and Cara Buono. ‘Stranger Things’ is created, written and directed by the Duffer Brothers. The first season of the series, which consists of 8 episodes, released on July 15, 2016. The 9-episode season 2 premiered on October 27, 2017. The third season of the series, which features the growing kids while the threat of “Upside Down” still looms over the town, will be premiered on July 4, 2019, on Netflix.