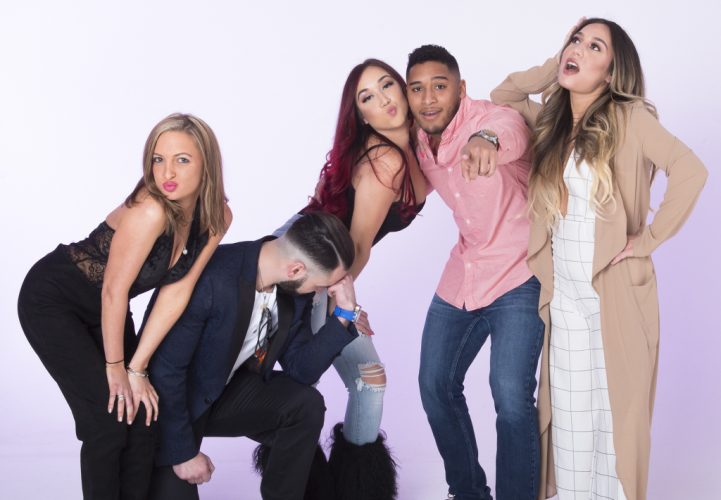 Reality TV about athletic activities of the miscellanea was always a staple often visited by many shows over the years. While it Is a very wide and causal niche, not many follow through to focus on particular sports for the risk that it may narrow down their target audience by too large a margin. However, once in a while producers come up with ideas to surpass many of the marketing limitations. It was such an idea when show writer Sally Ann Salsano came up with the genre-mashup idea that brought Winter Break: Hunter Mountain. It pretty much scraps the idea of winter athletics and goes for a drama route instead – pitting snowboarders from different walks of life in a modern reality TV equivalent of the kitchen-sink drama. Sadly, the promising premise meets some subpar execution, and the show has not been able to quite live up to its hype.

If there is ever to be a second season, we should expect to see the ensemble of season 1 return again for another winter’s week out. This includes the uptown Californian girl Taylar Shinn, Jeffrey ‘J.Brew’ Brewer, Carissa Witham of Connecticut, Jilian Metz, Alex Shinder from Jersey, Alessandra Camerlingo, Marc Vindas and Taylor ‘TJ’ James.

Winter Break: Hunter Mountain Season 2 Plot: What is it about?

The show follows a Jersey Shore-esque formula. This involves an unscripted, procedurally generated plot that comes from placing an ensemble cast in the close proximity of a holiday resort or a villa. The crux of the show is perhaps best summed up by its official description from MTV: “On Winter Break: Hunter Mountain, we document the lives of 8 young people who move into a share house for the season – and the impact their winter together has on their lives.”

The network execs at MTV were understandably hopeful about the premise with an apparently promising formula and had greenlit the show in early 2018 for an eight-episode run. However, the reception of the pilot had not been very good, and neither did the show become able to redeem it to a sufficient level throughout the rest of the episodes. It could not really deliver on its Jersey Shores-inspired formula. A gust of mostly negative reviews followed suit after the show ended airing. After this, it is not very likely that MTV will find the incentive to renew the show.

However, all things considered, the cast is still interesting in their own unique way, and with perhaps some improvements in direction, a second season could turn it around for Winter Break: Hunter Mountains. Whether or not it will get its much-needed second chance is largely up to the network, though. As of now, it has neither been cancelled nor renewed. So it is difficult to predict a premiere date for a potential second season – the most immediate chance for it is after winter 2019. By the book, a specific air date for the show is still TBD.

With no prospect of a renewal yet in sight, naturally, no trailers or teasers have been released for a second season of Winter Break: Hunter Moutain. But on the off chance that it does get a renewal and a trailer is released, we will update this section with a link, so keep a tab out for us! Watch the trailer for the first season here.