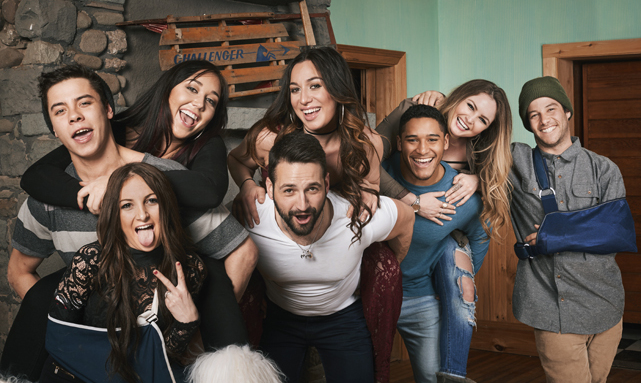 MTV can be credited with both popularizing the reality television genre, but also giving it a bad rep for being over-dramatized and an excessively commercialized format that relies on cheap thrills. Reality television is a bug that must have bitten all of us at one point in time, until the realization that it is a waste of time, and quite reality-distorting dawns.

However, that hasn’t stopped MTV from coming up with reality television shows, one after the other as the channel definitely sees its commercial appeal among young and fame-hungry audiences. ‘Winter Break: Hunter Mountain’ is yet another spin on the overcrowded sub-genre about a bunch of strangers living in the same house and getting to know each other.

Marketed as a “docu-series,” it follows eight youngsters who are selected to spend their winter break at an idyllic ski resort called Hunter Mountain. The eight people selected, come from all parts of the country and live together. Their experiences are documented as each of them begins to acquaint themselves with the others. Some get along with a few and bicker with the rest.

The series is promoted as unscripted documentation of what happens when these strangers are left to their own devices in a somewhat isolated place (though they do go out to party often) and forced to interact with each other. ‘Big Brother’ is perhaps the most prominent show that popularized such a set-up.

MTV adapts the formulaic setup, by placing the strangers in an environment where they can go out and party like a real vacation. Although it is unscripted, there is tons of drama that you would expect from reality TV. Interestingly, the “unscripted” bit is somewhat of a misnomer simply because it is evident that each of the eight members wishes to employ as many tricks as possible, to be noticed the most.

In her blog, Carrissa Michelle revealed how the contestants had several issues with the network producers as they felt betrayed after a few instances that were promised would not be aired, had been shown on television. Although the reality series did not gain much popularity, admits Michelle, it did turn out to be a life-changing experience for her.

There were a couple of contestants who were always at odds with each other and constantly fighting (Camerlingo and Brewer) and there was also the toxic couple (James and Metz). However, the show did not have anything unique that could set it apart from other reality shows. It received extremely poor ratings and could never recover from that. The opening episode which premiered at 10:30 pm (a rather unpopular slot) could only draw a paltry 184,000 viewers and a 0.1 rating.

Thanks to the weak numbers, the series was relegated from MTV to MTV2 after just a couple of episodes. It was not surprising at all that the show was canceled after that. The news was confirmed after several contestants tweeted about it.

So yes, as we stated earlier, MTV’s ‘Winter Break: Hunter Mountain’ is officially canceled and will not be returning. Its contestants from season one have tweeted multiple times about its cancellation. Some of them have even expressed disappointment about MTV’s lack of interest.

While it might have fared better with a different release strategy (if it had been aired during the actual winter season or given a better slot), it did not seem to have enough out-of-the-box content to keep it going.