With Love Season 2: Renewed or Cancelled? 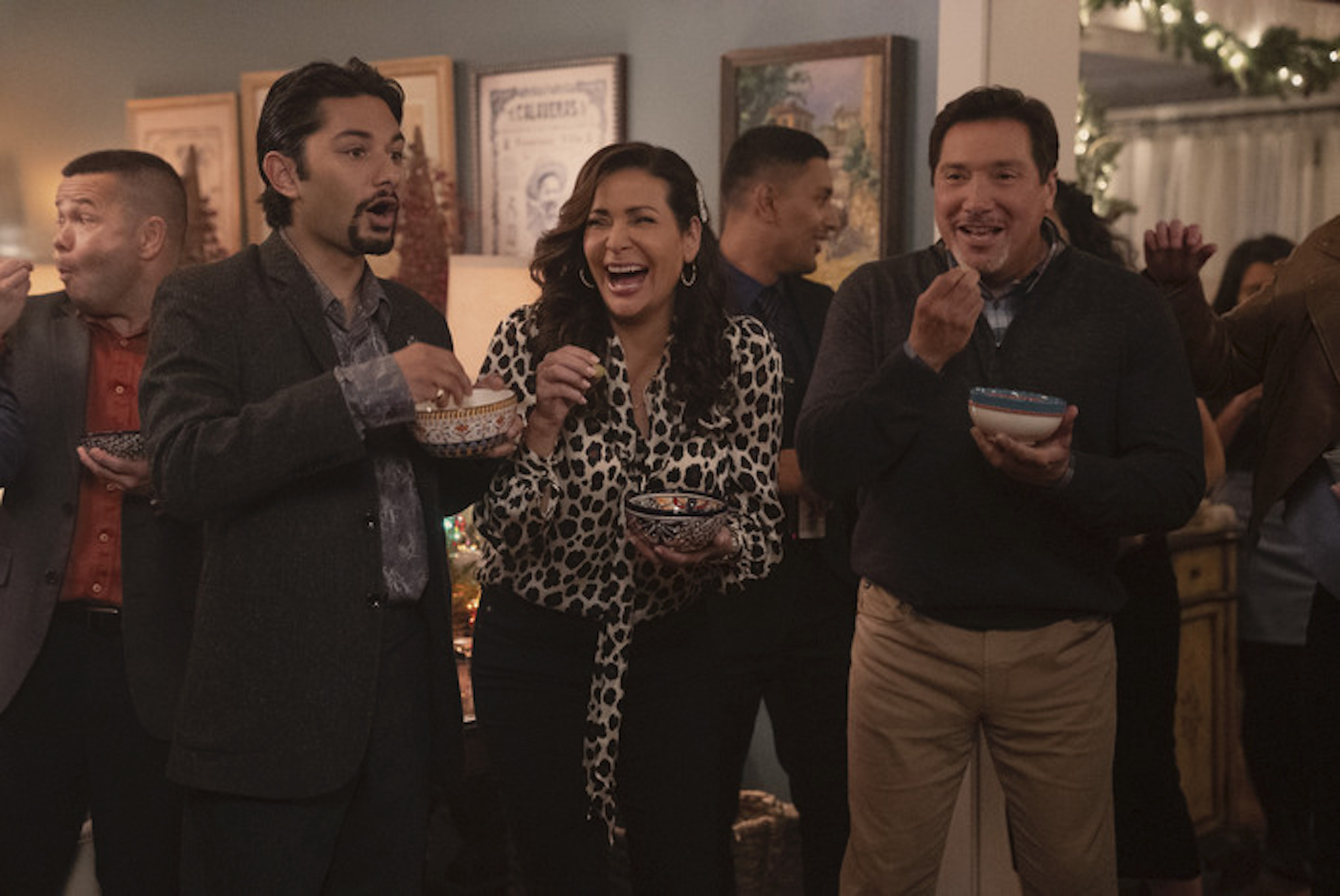 Created by Gloria Calderón Kellett, the holiday-themed bittersweet romantic drama series ‘With Love’ has a lot of heart. The LGBTQ-positive series chronicles the entwined lives of the Diaz family as they chart the turbulent waters of budding romance and break-ups. Each of the five episodes is set in the backdrop of a holiday: from New Year’s Eve and Valentine’s Day to the more culturally specific Dia de Los Muertos and Nochebuena. Lily and Santiago’s tense love is the stuff of romantic comedy.

The other relationships between LGBTQ couple Jorge Jr. and Henry and Sol and Miles come off as refreshing. The familial tale also paves a way between the modern and the traditional. The relationship between family patriarch Jorge Sr. and matriarch Beatriz suffers a blow when they toy with infidelity. However, following the lingering finale, you must be wondering about the prospects of a follow-up season. Look out for spoilers in the plot section, but before that, let us get into the development details of the anticipated second season.

‘With Love’ season 1 premiered in its entirety on December 17, 2021, on Amazon Prime Video. The first season packs five episodes with episodic runtimes ranging between 45 and 50 minutes. Let us now consider the possibility of the sophomore season.

The original network has not announced a follow-up season just yet, and maybe we shall have to wait a while before the announcement. Amazon takes around two to three months to renew a series to get an idea about the viewership data. But the series has gained widespread acclaim in the media, which will favor viewership. Moreover, as the season finale does not wrap things up neatly, we expect to hear more from the Diaz family. Although nothing is set in stone, if the network greenlights the second season by the early months of 2022, we may see ‘With Love’ season 2 sometime in fall 2022 or later.

With Love Season 2 Cast: Who can be in it?

Most of them will possibly take up their respective roles. Also returning may be Isis King (Sol Perez), Todd Grinnell (Dr. Miles Murphy), Constance Marie (Beatriz Diaz), and Benito Martinez (Jorge Diaz Sr.). The new season may also showcase fresh faces and new stars, but we can’t put anything on paper without an official announcement.

With Love Season 2 Plot: What can it be about?

The first season tangles up the story of the Diaz family quite a bit, but we see several romances taking root simultaneously. The series commences with the traditional Christmas celebration (“Nochebuena”), and the Diaz family gears up for the annual festival. Jorge Jr. introduces his new boyfriend Henry to the community. In the end, their monogamous and committed relationship ends up in perfect sync. On the other hand, Lily deals with a break-up by living a fuller life, only to meet her ex Santiago in a self-care tour. Meanwhile, Miles and Sol struggle to take care of Miles’ toddler, and their romance starts to have hiccups.

With Beatriz making friends with morning runner Leo, her marriage with Jorge Sr. faces a blow. The finale brings us to the Mexican festival Day of the Dead (“Dia De Los Muertos”). On the eve, people traditionally respect the deceased family members and friends, and the Diaz family is no different. However, while they revere the dead, they are also made to face skeletons from the past. Thus, the celebratory spirit of the story’s beginning becomes a tad bit serious and demure while fans root for their favorite couples.

The story may pick up from the aftermath of the first season. In all likelihood, we shall hear more from Lily and Santiago, as it does not seem to be the end of the road for the couple. However, Lily comes off as a free-spirited woman, and it is unlikely that she will stay tethered. On the other hand, Sol and Miles may face some more bumps along the way, but hopefully, it is nothing they cannot handle.

Jorge Jr. and Henry remain strong as ever, and the follow-up season will possibly showcase some more romantic episodes from their lives. Moreover, Beatriz and Jorge Sr. may be forced to reconsider their dynamic, but they will perhaps give importance to the family over everything else. The holiday backdrop of the show is its unique aspect, and maybe the follow-up season will maintain the structure. Rest assured, romance will be in the air, and the series will remain empathetic.

Read More: Is With Love Based on A True Story?