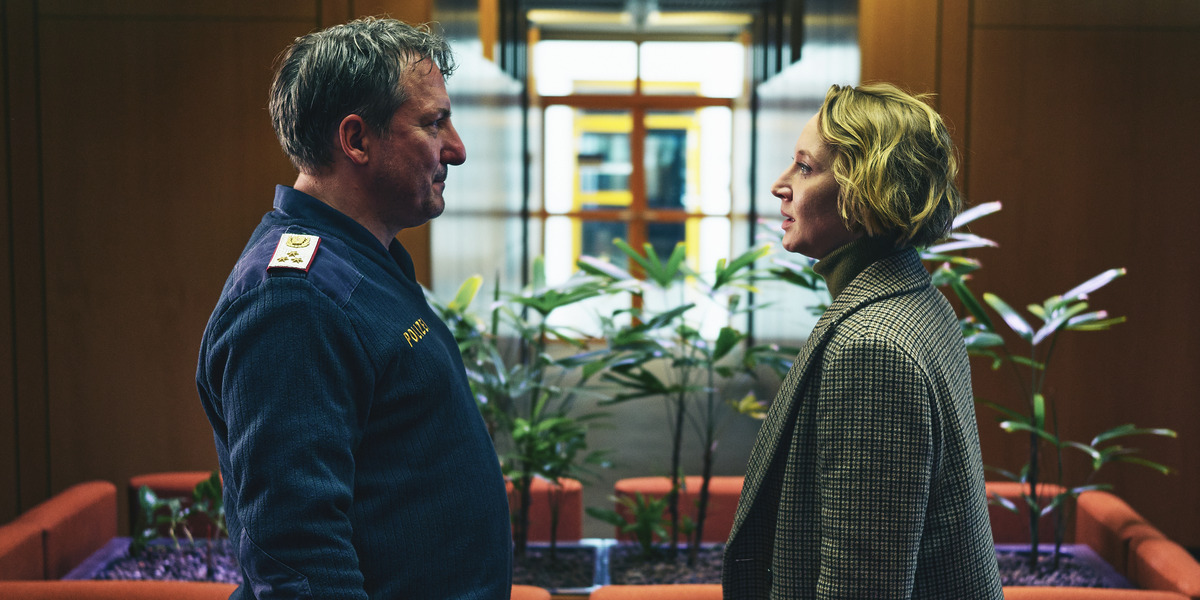 Netflix’s ‘Woman of the Dead’ is a German language series created for television by Benito Mueller, Wolfgang Mueller, and Barbara Stepansky. The crime drama series is based on author Bernhard Aichner’s 2014 German novel ‘Totenfrau. ‘It follows Brünhilde Blum, a funeral home worker forced to face her husband’s death. After realizing that her husband’s death is linked to a greater conspiracy in her small town, Blum sets out for revenge. While the show’s debut season ends with a resolution to most of its central mysteries, viewers must be wondering if we will see more of Blum in future episodes. If you are wondering about the possibilities of ‘Woman of the Dead’ season 2, here is everything we have gathered on the matter!

Will Woman of the Dead Season 2 Happen?

‘Woman of the Dead’ season 1 was released on January 5, 2023, on Netflix. The first season contains six episodes with an average runtime of 45 minutes each. The series is a joint production between Austria’s Mona Film, Germany’s Barry Films, SquareOne Productions, and Österreichische Rundfunk (ORF). As a result, the series debuted on ORF on November 7, 2022, with the first two episodes airing on the same day. The remaining episodes were released weekly in batches of two.

With regard to a second season, there is no official confirmation of the same from its parent network ORF. The series debuted in Austria months before its worldwide release on Netflix. Critical and audience reaction to the show has been positive in its native country and worldwide. Therefore, the show’s chances of being renewed for a second outing are high. However, with several production companies involved in the show, it is unclear who holds the final say over the show’s renewal status.

At the end of the first season, Blum discovers her husband’s killers. She avenges Mark by killing Massimo, the man who drove the Range Rover that killed her husband. Moreover, Blum’s quest for revenge ends with the group of masked men who are responsible for raping several young women. However, Mrs. Schönborn still poses a threat to Blum and her family. In the final moments, we see Mrs. Schönborn speaking to her new business partner about her issues, hinting at more trouble from Blum. As a result, there is at least one unresolved plot thread for the second season to cover.

Meanwhile, the book by Bernhard Aichner, which acts as the source material for the first season, has two follow-up novels that continue Blum’s story. The second book is titled ‘Totenhaus’ and ‘Totenrausch.’ Therefore, there is certainly potential for the show to produce more episodes. A second season is likely to adapt the storyline from the second book while introducing elements of the third book. Aichner has himself expressed an interest in seeing the second and third books in the trilogy getting adapted.

All things said, there is potential for the show’s narrative to continue in a follow-up season. However, the fate of the show will likely rest on its performance in international markets. If the series proves to be a success with audiences and meets Netflix’s viewership expectations, a second season could be greenlit in the coming months.

The debut season was filmed from April 20, 2021, to July 9, 2021, before debuting in November 2022. Production could commence before the year’s end if a second season is formally announced in the coming months. Assuming production follows a similar turnaround time as the first season, ‘Woman of the Dead’ season 2 is likely to release sometime in Q3 of 2024.