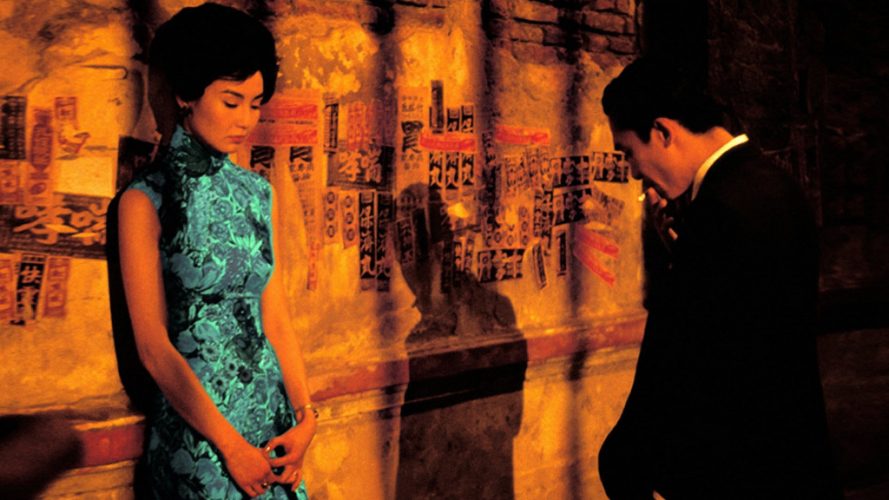 Wong Kar-Wai will finally begin shooting for ‘Blossoms’, a project he has been working on for several years. Having wrapped up the script in the last four years, Wong Kar-Wai will likely return to feature directing sometime in late 2019 or early 2020. He announced this news while he was receiving an honorary award from the Hong Kong Film Writers Association, as reported by Ming Pao News. Notably, Wong Kar-Wai has said that he is looking for Shanghainese speaking actors when he was questioned whether he would be inviting Tony Leung Chiu-wai, who collaborated on ‘In the Mood for Love‘.

Coming to the movie itself, the plot is based on the 2013 novel of the same name by Jin Yucheng and follows the lives of three residents of Shangai from the 1960s to the 1990s, set against the end of China’s cultural revolution. There will be scenes shot in San Francisco, probably in the famed Chinatown of the West Coast City, that saw immigration from Shanghai take place. The official synopsis of ‘Blossoms’ reads “Depicting chores and trifles of urban life, such as grocery shopping and hosting a dinner party, Blossoms provides a vivid image of the daily life of ordinary Shanghai people. Focusing on a hundred characters, and several main ones, the whole story is carried out over two time-lines: from the 1960s to the mid-1970s, the end of the Cultural Revolution; and from the 1980s to the start of the 21st century. As the two time periods alternate, the book unveils the two faces of the city: the Shanghai of old and the modernized metropolis it is today.” Wong Kar-Wai himself has said that this project is more personal than any he has ever undertaken. He said, “Shanghai is my hometown and the time that the book describes is the time of my absence from Hong Kong because I went to Hong Kong when I was 19, in ’63. I hadn’t been back to Shanghai until the early nineties. This is my opportunity for me to fill in all the things that I have missed.” He has also been working on the project for a long time, trying to reach the perfection that his films are known for, both in terms of narratives and aesthetics. To this extent, the director commented about the film’s aging timeline, “I’ve been working like an architect and a historian, because I have to restore and rebuild the San Francisco Chinatown and part of Shanghai, which doesn’t exist anymore,” he said. “That’s been very rewarding. It’s hard, but very interesting”.

However, the biggest scoop regarding the film has to stem from the fact that Wong Kar-Wai has set it as a continuation of two acclaimed romantic dramas of his, including ‘In the Mood for Love’ and ‘2046’. This appears a little confusing since these two films were earlier thought to be part of his informal Love trilogy which included ‘Days of Being Wild’, the 1990s drama. However, as the project advances, surely Wong Kar-Wai will elaborate on how he plans to tie ‘Blossoms’ in with the other two movies.

Wong Kar-Wai’s last project was six years ago when he made ‘The Grandmaster’. Currently, he is tied to an ambitious Amazon series titled ‘Tong Wars’ which is still being developed, and a Gucci biopic for Annapurna Pictures, which has not materialized yet.