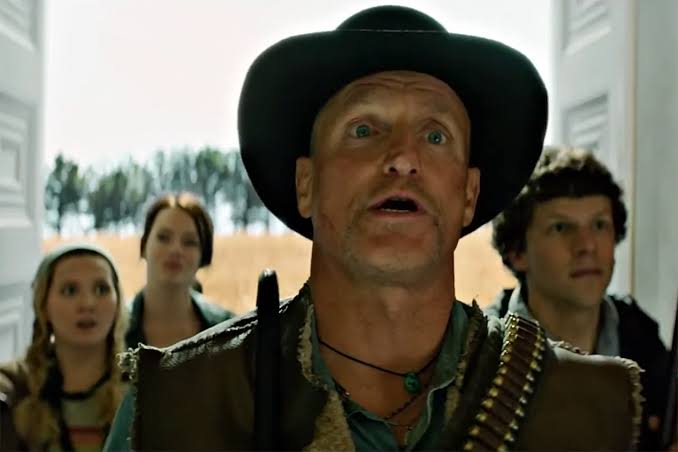 Woody Harrelson is an American actor and playwright. His breakout role came in 1985 as bartender Woody Boyd in the television sitcom ‘Cheers’. He later became known for his portrayals of Billy Hoyle in ‘White Men Can’t Jump’ in 1992, Mickey Knox in ‘Natural Born Killers’ in 1994, Larry Flynt in ‘The People vs. Larry Flynt’ in 1996, Tallahassee in ‘Zombieland‘ in 2009, Captain Tony Stone in ‘The Messenger’ in 2009, Dave Brown in ‘Rampart’ in 2011, Haymitch Abernathy in ‘The Hunger Games‘ film series, Merritt McKinney in the ‘Now You See Me‘ film series, the Colonel in ‘War for the Planet of the Apes‘ in 2017, Bill Willoughby in ‘Three Billboards Outside Ebbing, Missouri’ in 2017, and Tobias Beckett in ‘Solo: A Star Wars Story‘ in 2018.

He has been nominated for an Academy Award three times; he was nominated for Best Actor for ‘The People vs. Larry Flynt’ and Best Supporting Actor for ‘The Messenger’ and ‘Three Billboards Outside Ebbing, Missouri’. For his role in ‘Cheers’, he earned five Emmy Award nominations and won one in 1989.

Ruben Fleischer’s 2009 zombie film ‘Zombieland’ is officially getting a sequel, with the director and original cast set to return. The movie is expected to begin production in January and hit theaters on October 18, 2019. ‘Zombieland: Double Tap’ will reunite Emma Stone, Woody Harrelson, Jesse Eisenberg, and Abigail Breslin, and will reportedly take the group “from the White House to the American heartland as they face off against new kinds of zombies that have evolved since the first movie, as well as some new human survivors.”

From what we know of the movie, the zombies are definitely going to be a challenge, as are the new human survivors, who are bound to test the group dynamics. However, the main focus will be how the quirky makeshift family manages to fare in the sequel to the popular action-comedy. Harrelson already delivered a memorable performance as the trigger happy Tallahassee in the first movie and we get to see how the man is coping with the death of his son and finds a sense of belonging in the makeshift family. ‘Zombieland: Double Tap’ teases that Tallahassee is likely to run into others who are a lot more similar to him and it will be interesting to see how the quirky survivalist manages these situations. 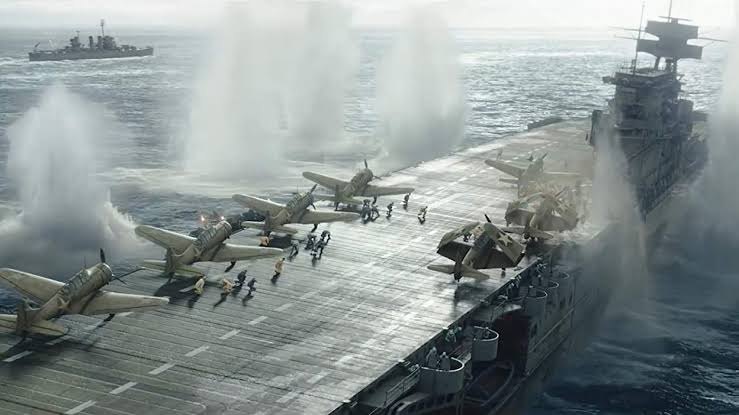 ‘Midway’ is an upcoming American historical action drama film directed by Roland Emmerich and written by Wes Tooke. The film will star Woody Harrelson, Luke Evans, and Mandy Moore, and will be released on November 8, 2019.

On May 23, 2017, it was reported that Roland Emmerich would be directing the World War II film ‘Midway’. In April 2018, Woody Harrelson and Mandy Moore joined the ensemble cast for the film. In July 2018, Luke Evans was cast in the film to play Commander Wade McClusky, who goes on to win a Naval Cross for his role in the battle of Midway. Robby Baumgartner was hired as the cinematographer. August saw the additions of Patrick Wilson, Ed Skrein, Aaron Eckhart, Nick Jonas, Tadanobu Asano, and Dennis Quaid amongst others to the cast. Darren Criss, Alexander Ludwig, and Brandon Sklenar were cast in September. Filming began on September 5, 2018, in Honolulu. It will also shoot in Montreal.

The premise of the movie deals with the stories of US Navy sailors and aviators who had to persevere through the Battle of Midway, which became a turning point in the Pacific Theater of World War II. While not much else is known about the plot of the movie, it promises to be filled with action as the US troops take on the Japanese and manage to change the outcome of the war itself. The story is told from the perspective of the brave soldiers who lived to tell the tale of the epic battle.

‘Venom’ introduced us to the wonderful teamwork between outgoing reporter Eddie Brock, who never shies away from the truth or a good story, and the alien symbiote Venom, who makes Eddie the host. The movie served as an origin story for the alien symbiote that we have seen in ‘Spider-Man‘ films but was something that remained unexplored until ‘Venom’ came out. In the first movie, Venom goes toe to toe with Riot and comes out as the victor. While the first movie was a success, the upcoming ‘Venom 2‘ promises to be bigger, better, and all the more dangerous.

In case you missed it, the post-credit scene of the first movie introduced us to Cletus Kasady, a dangerous killer, who makes the promise to Eddie that he is going to break out of prison and unleash carnage. Now, if you know the comics, you will know that Carnage happens to be the name of the symbiote which combines with Kasady and together they go on to become the chief nemesis of Venom. While the first movie spent time in showing how Eddie copes with the symbiote and how the two work in unison, the second movie will surely show the two fighting tooth and nail in order to survive the onslaught of Carnage. Harrelson has only given us a taste of the craziness he is packing in the chilling performance, and he will be sure to bring more of that when ‘Venom 2’ releases on October 2, 2020. 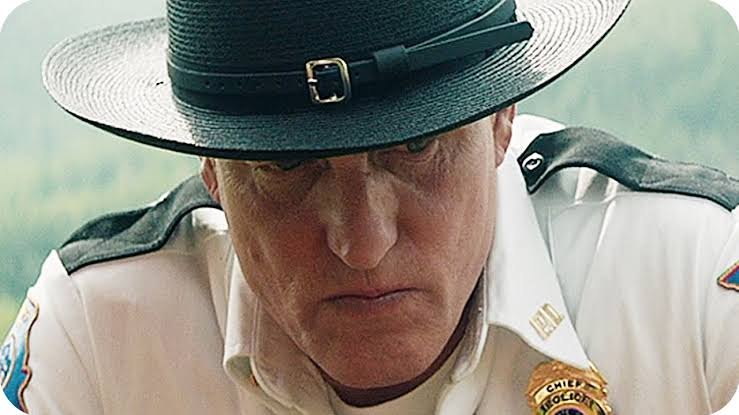 Woody Harrelson is all geared up for the upcoming action thriller titled ‘Kate’ which is being helmed by Cedric Nicolas-Troyan, best known for ‘The Huntsman: Winter’s War‘. The movie has been billed as an assassin thriller that comes from Netflix. The premise is about a female assassin who is poisoned and finds that she has less than 24 hours to live. Running out of time, the woman takes to the streets of Tokyo, determined to take revenge on her murderer before she dies. Mary Elizabeth Winstead is part of the project and in all likelihood, she is going to play the role of the female assassin.

For now, Harrelson’s role remains unknown but perhaps he will appear as the chief antagonist. The actor is extremely talented and can pull off the role of a villain with ease. It will be very fascinating to see how he fares in this upcoming movie which is bound to have plenty of action playing out on the streets of Tokyo. Notably, the movie is still filming so it does not have a release date as of yet. When it comes out, it is going to join Netflix’s impressive roster of action movies about assassins, including the likes of ‘Polar’.

1. The Most Dangerous Man in America (TBA) 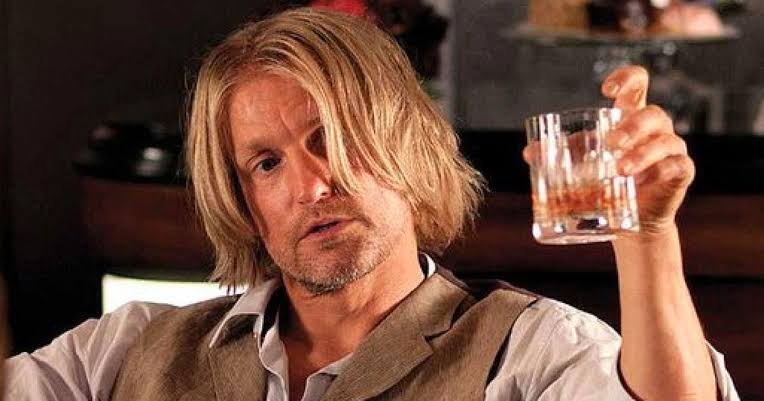 Woody Harrelson is set to appear in one of his quirkiest roles yet, that promises to test the actor’s prowess and push his signature craziness to the limit. Harrelson will be seen in the role of Timothy Leary in ‘The Most Dangerous Man in America’. The actor is not just attached to star in the limited series but is an executive producer as well. The show is based on the critically acclaimed book ‘The Most Dangerous Man’ which comes from Bill Minutaglio and Steven L. Davis.

The plot follows the daring prison escape and subsequent run from the law orchestrated by Leary in 1970. He was aided by the Weather Underground and Leary’s escape has been hailed as the counterculture’s union of dope as well as dynamite. It was aimed at sparking a revolution and overthrowing the government. The global manhunt which followed was led by President Nixon and lasted for 28 months. Over the course of this manhunt, it wound its way around homegrown radicals, European aristocrats, Black Panther outposts in Algeria. We will get to see international arms dealers. hash-smuggling hippies belonging to the Brotherhood of Eternal Love as well as secret agents on various continents. All of this promises to be a trippy attempt to capture the darling of American counterculture, the psychologist and writer who advocated the benefits of psychedelic drugs like LSD, even as he eluded capture by Nixon’s soldiers. 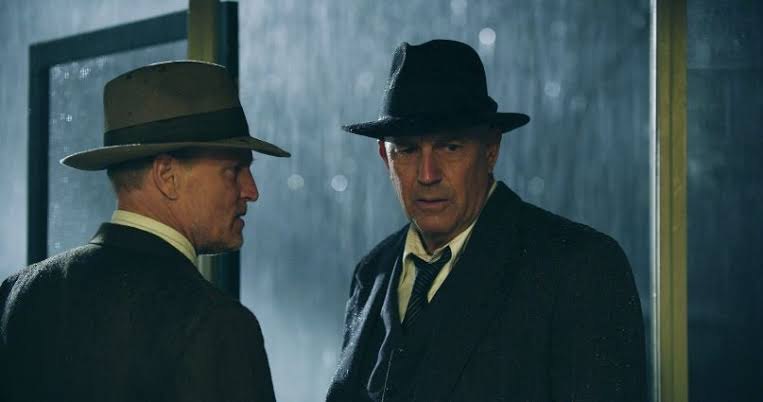 ‘The Highwaymen’ is an American crime film directed by John Lee Hancock, written by John Fusco, and stars Kevin Costner and Woody Harrelson. ‘The Highwaymen’ follows Texas Ranger Frank Hamer and ex-partner Maney Gault. The lawmen were out of the Rangers by the time Bonnie & Clyde started their robbery reign but were commissioned as special investigators, coaxed by a consortium of banks to assemble a posse and end the robbery spree of the notorious gang reputed to have killed 13 cops and others. Apart from Kevin Costner as Frank Hamer and Woody Harrelson as Maney Gault, the film stars Kathy Bates, John Carroll Lynch, Kim Dickens, Thomas Mann as Ted Hinton and William Sadler.

While Bonnie and Clyde’s exploits have been popularized and are familiar to most people, not a lot of people know about the law enforcement officials who hunted them down. ‘The Highwaymen’ attempts to change that and gives us a look into the tough men who put their own lives on the line and used their wits to track the murderous duo and their crew before engaging them in a shootout from where there was no escape. The movie is a gritty take on what happened and you cannot help but taste the palpable danger that always seems to be lurking underneath the surface of the film. Harrelson brings a small element of humor which is contrasted with Costner’s stoic character. However, as the film progresses, it becomes clear that the role of Harrelson’s character is not taken lightly and there is a resigned quality about him all throughout the movie even as the violence they unleash is rather excessive. From the moment the highwaymen are on the trail of Bonnie and Clyde it becomes clear that it is a matter of when, not if, that the duo will have to face the consequences.