Workin’ Moms Season 6: Everything We Know 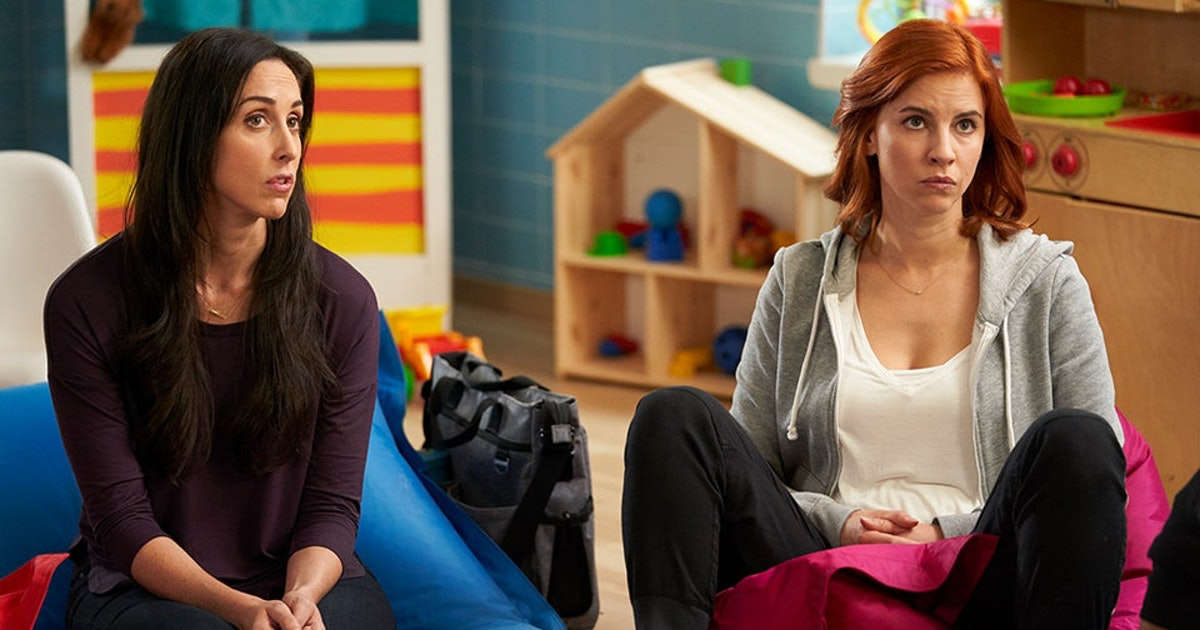 Created by Catherine Reitman, ‘Workin’ Moms’ is a Canadian sitcom that revolves around a group of friends in Toronto, Canada. They are working mothers who try hard to keep each other afloat in times of crisis and navigate each day to the best of their abilities. The series first premiered on January 10, 2017, on CBC. In February 2019, it was also released internationally on Netflix. The comedy series has mostly been received well by the critics and the audiences for its focus on women trying to balance motherhood with other aspects of their lives.

However, a few critics pointed out that the privilege and entitlement of the main characters separate them from the lived experiences of most women. Still, this has not stopped people from loving the series for its wit and irony. It has particularly garnered praise for the chemistry between Catherine Reitman (Kate Foster) and Dani Kind (Anne Carlson). The fans can’t seem to get enough of the show even after five seasons as they eagerly await updates on the potential season 6. So, here is everything we have for you!

‘Workin’ Moms’ season 5 released in its entirety on June 15, 2021, on Netflix. Ahead of the season’s international debut, it premiered on CBC in Canada on February 16, 2021. The fifth season has ten episodes that run for 22 minutes each.

As for the show’s sixth instalment, you would be happy to know that a new season was announced in early June 2021. This is not surprising, considering the show’s audience has significantly grown since it was picked up by Netflix. ‘Workin’ Moms’ has been entertaining viewers all over the world and has received a lot of love.

Typically, a new instalment arrives in the winter at the beginning of each year. A season requires 8-11 months of production time before new episodes begin to roll out in the home country. Although it was challenging to work through the pandemic, the release schedule for season 5 largely remained unaffected. The production for the fifth season reportedly began in September 2020 before debuting in Canada in February 2021. If the upcoming season follows the same schedule, fans can expect ‘Workin’ Moms’ season 6 to release sometime in early 2022.

Workin’ Moms Season 6 Cast: Who can be in it?

Valerie “Val” Szalinsky (Sarah McVie), Malcolm Cody Patrick (Alex Mallari Jr.), Richard (Peter Keleghan), Cheryl Brewer (Kristin Booth), Bennett Brewer (Luke Kimball), and Sloane Mitchell (Enuka Okuma) are also significant to the storyline. Therefore, we can expect most of the actors portraying these characters to reprise their roles in the upcoming season. There is a strong possibility that new actors might also join the fold.

Workin’ Moms Season 6 Plot: What can it be About?

In the fifth season, Jenny realizes that she has feelings for Malcolm and further prolongs their office romance. Just when she is about to reveal to Malcolm that she lied about her pregnancy, her ultrasound confirms that she is indeed pregnant. Frankie and Kate help Anne get her apartment back, while Kate and Nathan throw her a party for the book launch. But soon, Anne’s mood dips when she hears that Lionel will have to remain in Cochrane because Cheryl is pressing charges against him for punching Bennett.

In the final moments of the season, Kate learns that the boy who sold her chocolates might be Nathan’s son. Season 6 will showcase how Jenny and Malcolm navigate their relationship, considering they might have a baby in a few months. Although Anne’s professional life seems to be picking up, things are not looking too good in her personal life. After the life-changing sacrifices Kate makes, she might find herself revaluating her decisions following the cliffhanger in the season 5 finale. All this and more will be addressed in the upcoming season.