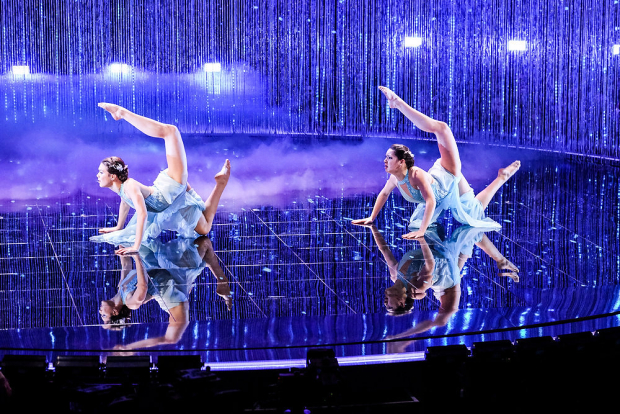 ‘World of Dance’ landed with its fourth outing last week and introduced certain twists in the format. With judges Jennifer Lopez, Derek Hough, and Ne-Yo making a surprise appearance in the preliminary tryouts, the unperturbed contestants, however, delivered some of the finest performance. So how do the teams perform in this week’s Qualifiers? Find out in our recap section. But before that, let’s check out the release and streaming details for the upcoming episode.

The third episode brings us ‘The Qualifiers 3’. In the third round of the qualifiers, the format stays the same. Judges Jennifer Lopez, Derek Hough, and NE-YO make a surprise appearance before the contestants who need to perform inside a stripped-down warehouse. They will advance to the duels if they get two ‘yes’es from the panel. There will be no studio and no live audience and the judges may allow a callback vote if they want to give a participant another last chance to prove their dancing prowess.

Where to Watch World of Dance Season 4 Episode 3 Online?

First up, we have the hip-hop dance group called The Rise from Gilbert, Arizona, competing in the Upper Division. They deliver an energetic performance, packed with loads of acrobats. But one of the members fumble in a step and hence, only J-Lo gives them a yes. However, Ne-Yo and Derek ask for callbacks. The second group, Oxygen performs to a blend of contemporary and hip-hop. They are from the Netherlands and all their moves are precise and in harmony. Of course, they get a unanimous yes!

Next up is Indigenous Enterprise, a Native American dance crew from Phoenix, Arizona. They mix up traditional moves with hip-hop and their techniques are polished. But the judges decide that they might not be up to the level of the competition. Fourth, we have James & Harris from Seattle, Washington, who are participating in the Junior Division. They deliver a solid routine; J-Lo and N-Yo give them a yes, and they make it to the Duals. 305 is a Latin Ballroom dance group from Miami, Florida, partaking in the Junior Division. Just because of their potential, they are given a callback.

Luca & Alessandra, a Latin Ballroom pair from Sicily, Italy, move to a beautiful number and as expected, they received a huge yes. UPeepz, a hip-hop group from Manila, Philippines, is from the Upper Division. Ne-Yo and Derek give them a yes and they move to the Duals. Finally, we have the ballet duo, Styles & Emma, from Rochester, New York. In fact, their performance is the best of the week, and of course, they advance to the next round as well.