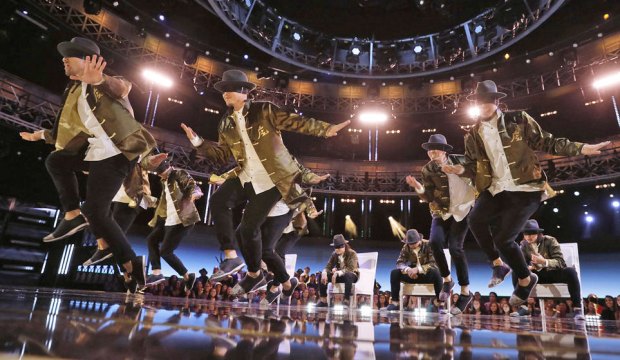 ‘World of Dance’ finally wrapped up its fourth and last round of Qualifiers this week. So who among the participants were able to impress judges Jennifer Lopez, Ne-Yo, and Derek Hough? Who advanced to the Duels and who were given Callbacks? Were there any eliminations? Find out in our recap section. But before that, let’s check out the release and streaming details for the upcoming episode.

‘World of Dance’ season 4 episode 5 will premiere on June 23, 2020, on NBC at 10 pm ET/ 9 pm CT. It is ‘The Callbacks’ and its official synopsis goes as follows: “Select acts have one last chance to showcase their artistry and athleticism to earn a spot in the duels, where they’ll battle for their right to perform on the “World of Dance” stage for the $1 million grand prize.”

Where to Watch World of Dance Season 4 Episode 5 Online?

First up, we have Geometrie Variable, a team from Montpellier, France, partaking in the Upper Division. The members comprise an electrician, a plumber, and a salesman. Their dance style is called tutting and they create some mesmerizing shapes with their performance. The judges give a unanimous yes and they are selected for the Duals. Second, we have the Gigabots, a popping group from Vancouver, Canada, competing in the Junior Division. With a few accessories as props, the team delivers a slick, energetic act. J-Lo and Derek, however, give a no, although, Ne-Yo suggests a callback. Unfortunately, they are eliminated.

The third contestant is Maddy Penney, a 15-year old ballet dancer from Mesa, Arizona, competing in the Junior Division. She performs to a fusion of contemporary and ballet. J-Lo gives a yes, Derek says no, and Ne-Yo suggests a callback. However, the panel later sends her to the Duals. Next up is CBAction, a street dance crew from Argentina, participating in the Upper Division. They deliver an impressive routine and are sent for callbacks.

Then, The Difference from Carol Stream, Illinois is given a callback while the Itty Bitty Crew from Edmonton, Canada, is eliminated. From the Upper Division, an all-female group, called the Pumpfidence is sent to a callback. Even Project 21 from the Junior Division are sent for callbacks. Kurtis Sprung, a contemporary dancer from Caroga Lake, New York, competes in the Upper Division. After he delivers some meticulous moves and a high backflip, he is sent to the Duals.

Well, that’s it! Next week, we have the Callbacks where six acts will be eliminated and the rest will move to the next round, i.e the Duals!