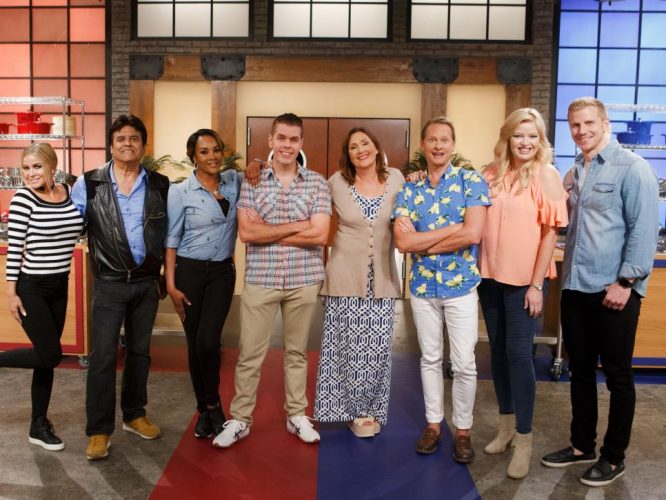 Food is an area of wide popular interest, and this has been the case ever since the dawn of civilisation and pop culture as such. Naturally, something that has such large bearings on pop culture and even becomes trademark elements that reflect a unique culture or a historical timeframe would also mean it has a large TV niche. Culinary shows have been a staple for TV since forever – more specifically the early 60s, and with time, the ever-expanding march of the culinary shows have only meshed well into other genres, especially reality game shows in particular. Gordon Ramsay, for example, has been one of the biggest household names, thanks to both his strong screen presence in several big-budget major productions in culinary game shows of the 2010s, as well as his notorious comportment which made him internet-famous.

Ramsay’s chastising and unflinching negative reinforcement, as a matter of fact, immerses so well into his shows because it is a trait of reality game shows in general – a field of tremendous cutthroat competition. ‘Cutthroat Kitchen’ even went so far as to turn this aspect into a selling point of the show. But as with everything, a countercurrent in this exists too – shows like the original Netflix 2018 production Nailed It! that revels in celebrating imperfection. Nailed It! is not without precedents: ‘Worst Cooks in America’ has been here even before ‘Cutthroat Kitchen’, airing first in February 2010, only three years after Gordon Ramsay’s esteemed ‘Kitchen Nightmares’ on the same cable network. Championing this strain of culinary game shows with the much-cherished lighthearted manner, Worst Cooks in America has since been a mainstay for Food Network.

Far as the judges go, Anne Burrell, an instructor at Institute of Culinary Education in New York City, has been the ever-present consistent host and judge. The show has a tendency to swap around when it comes to the second judge, with Robert Irvine taking on the mantle last season in 2018 (season 14) after eight years of absence. Tyler Florence hosted the last Celebrity Edition, season 13, but we cannot confirm whether Tyler will return again. The likeliness leans more towards Robert Irvine, as judges usually have a three or four-season tenure before a swap.

Worst Cooks in America: Celebrity Edition Season 15 Plot: What is it about?

Worst Cooks in America follows a fairly basic two-round elimination system, and there is one elimination every episode. This also necessarily means the number of selected contestants determines the number of episodes in the season. The season 7 introduced the Celebrity Edition, which follows the usual show, crowning a ‘Worst of The Best’ at the end. Since then, the show usually airs a standard season every winter, and a Celebrity Edition the following summer.

Worst Cooks in America: Celebrity Edition Season 15 Release date: When will it premiere?

Worst Cooks in America has turned out to be a very important franchise for Food Network, and now with the entry of celebrities into the mix with Worst Cook in America: Celebrity Edition, it has enough star power to be a definitive mainstay for the network, standing toe to toe against giants such as Guy Fieri’s shows. The ratings and the viewer base has only skyrocketed since the debut season through the years and shows no indication of going down anytime soon – making it one of the shows that the network can fall back on reliably for its summer primetime slots. Likewise, we should expect a new season with the Celebrity Edition tag in the first week of April 2019. That said, Food Network has not officially renewed the show yet, so more specifics or confirmation on the tentative air date cannot be given for now, as it remains TBD.

With the show’s renewal status still pending confirmation from the network, there has not been much traffic on the social media handle or TV informercials circle about the new season, and we are yet to see any new trailer or teaser get released for the same. Until it finally releases, you can instead watch this promo for 2018’s celebrity edition, season 13.