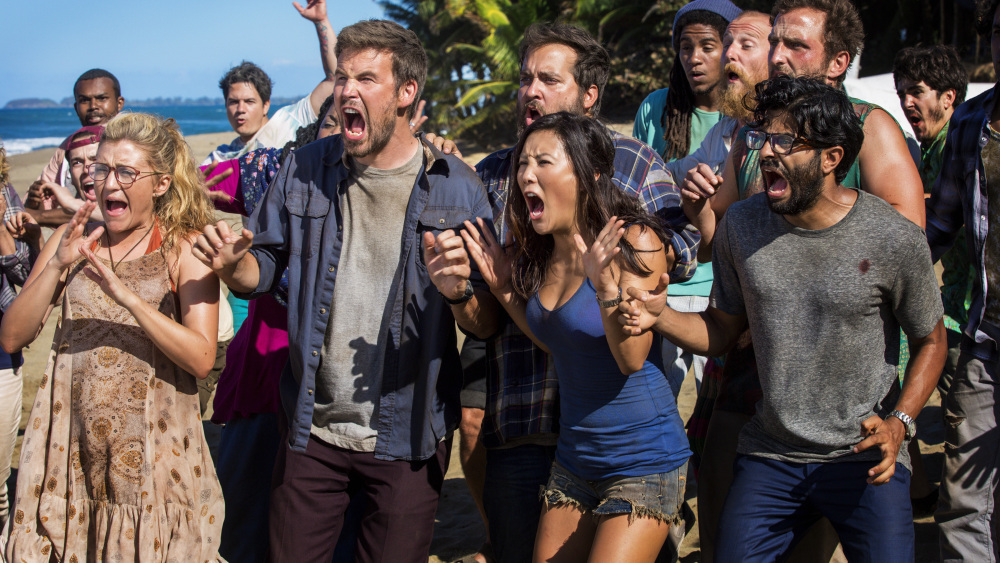 ‘Wrecked’ is an American comedy series that airs on the TBS network. Created by Jordan Shipley and Justin Shipley, the show follows a group of people who get stranded on an island after a plane crash. A spoof on shows like ‘Lost’, ‘Wrecked’ is a hilarious exploration of what it feels like to be marooned.

After TBS ordered the production of the pilot episode written by Jordan and Justin Shipley in October 2014, the network picked the show up for a full season in May 2015. A year after TBS’ order, Season 1 of ‘Wrecked’ premiered on June 14, 2016, with the season finale being aired on August 2, 2016. Despite mixed reactions from critics and viewers, TBS, midway through the first season, renewed ‘Wrecked’ for Season 2, which premiered on June 20, 2017. The show was again renewed for a third season on September 13, 2017, and Season 3 premiered a bit less than year later on August 7, 2018. Now, fans of the show must be wondering whether it will be back for another season. Here are all the details.

Wrecked Cast: Who is in it?

Apart from the main cast members, the show also has dozens of recurring cast members including Pablo Azar as Pablo, George Basil as Chet Smart, Lela Elam as Diane, Todd Allen Durkin as Kurt Turdhole, Brendan Jennings as Jerry, Mike Benitez as Roger, Will McLaughlin as Bruce Island, Ruben Rabasa as Yolonzo, Rory Scovel as Corey, Ebonee Noel as The Barracuda, and Ravi Patel as Tank Top, to name a few.

Wrecked Plot: What is it about?

‘Wrecked’ started off as a spoof of the hugely popular ABC show, ‘Lost’, and consequently, it has a premise similar to lost. The show starts off when a plane crashes in the ocean and the survivors make it ashore to an uncharted island. With no rescue in the offing, the survivors set up a camp on the beach, and set their sights on surviving in the island till rescue arrives. Led by Owen, they go about doing about everything needed to survive in a remote island, but pretty soon squabbles erupt over the distribution of food, and relationships between characters start to break down.

As the show progresses, the survivors band together to elect a leader to lead them, and again, the greed for power and status leads to face-offs between characters. Later in the show, pirates arrive and take over the island, forcing the band of survivors into negotiations for continued survival. However, the survivors soon come to know of a sinister plan the pirates have for them, and they try to escape the island. Although they manage to get off the island, their plan to return to their normal lives does not pan out. Out on the ocean, they find that someone has sabotaged their ship, and the sinking ship again leaves the survivors marooned. Only this time, the survivors are marooned on a new island.

In the new island, the survivors again have to start from scratch as they look to survive, but their efforts are eased (and complicated) by the arrival of a mysterious millionaire, who offers to help them out. Yet, not everything is as it seems, and we soon learn that the mysterious millionaire has sinister plans of his own. Much later in the show, the survivors are pitted against each other in a battle to the death, and they must find a way to escape this island again.

While the premise of the show does sound extremely serious, ‘Wrecked’, in actuality, is hilarious. Although it started off as a spoof of ‘Lost’, it evolved over each season, and sculpted an individual identity of its own. The cast members, for their part, give convincing performances that bring the hilarious dialogues to life, entertaining viewers season after season.

In terms of reception, however, ‘Wrecked’ did not find much favor among critics, and Season 1 of the show has a poor score of 58% on review aggregator site Rotten Tomatoes, with the critics consensus reading, “Wrecked is an imaginative spoof of Lost with a game cast that doesn’t have enough good material to work with.” That being said, the show has done better among viewers, and it has a decent overall rating of 7.2/10 on IMDb, based on over 5,000 votes.

Following the release of Season 3 of ‘Wrecked’ on August 7, 2018, most viewers of the show were expecting a renewal, considering that Season 3 ended with a cliffhanger. Season 3 of ‘Wrecked’ had a rating of 0.32 among viewers in the 18-49 years category, and a viewership of 846,000. While these are not stellar figures, many shows have been renewed with worse figures. Therefore, it wasn’t wrong of fans to expect a renewal.

However, their hopes were shattered when one of the stars of the show gave them the bad news. In February 2019, while replying to a fan’s tweet on Twitter, Zach Cregger revealed that TBS had cancelled ‘Wrecked’ and that the show would not be returning for Season 4. Show’s only hope is that if another network picks it up. If that happens, Wrecked season 4 might release sometime in 2021 or 2022.

While there’s no new season of ‘Wrecked’ to look forward to, here is the trailer for Season 3 to give you a glimpse into the show and what lies in store in the final season.