Will There be a Wyatt Cenac’s Problem Areas Season 3? 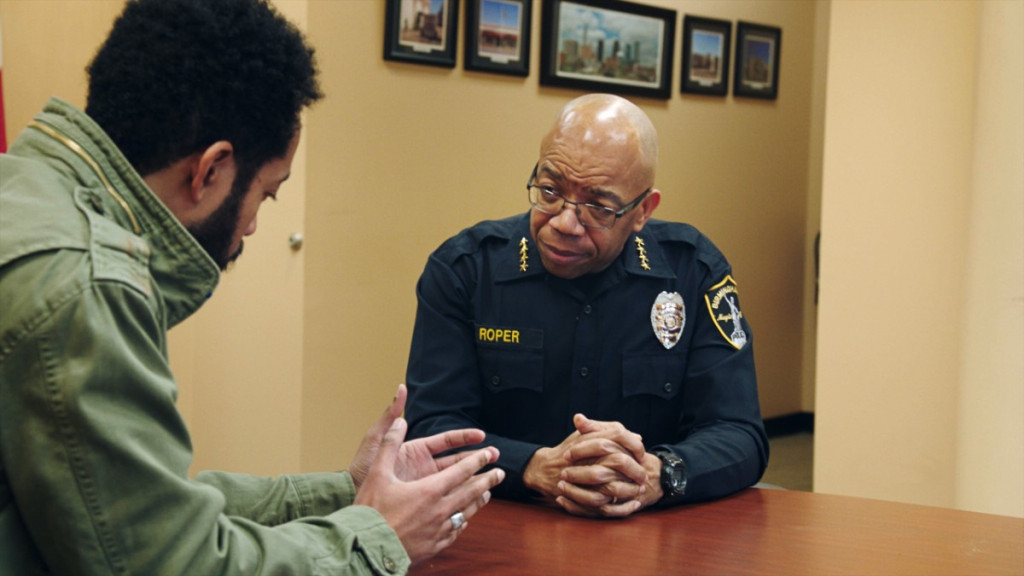 ‘Wyatt Cenac’s Problem Areas’ is an American docu-series hosted by writer and comedian Wyatt Cenac. The series airs on HBO and first premiered on April 13, 2018. Cenac facing various problems head-on is the main concept of the show, and that makes it interesting to watch.

The show takes “a satirical look at social and cultural issues from Cenac’s unique perspective.” While the show has managed to attract a fair number of viewers as it seeks to open our eyes to the areas of society that need changing, critics have given it mixed praise with some calling it pointedly funny, while others saying that the show is a mixed bag and Ceynac often comes across as someone who is ranting.

After two moderately successful seasons, the question in everyone’s minds is: will there be a Wyatt Cenac’s Problem Areas season 3? Here’s everything we know.

Wyatt Cenac is the host and executive producer of the show. He narrates the stories and takes experts’ opinion to identify the best solutions to any problem. The other stars of the show are Isiah Whitlock Jr. and Helen Laser.

What is Wyatt Cenac’s Problem Areas About?

The show brings together interesting series of events which are completely based on true stories in different places and concerning different people. Cenac tries to provide a solution to those problems in a comedic manner so that its impact lasts for long on the viewer’s minds and they learn to tackle problems with ease in a proactive manner.

The main focus in the show is social and cultural issues being faced by Americans. Wyatt is seen charismatically dealing with the complications in his own innovative and informative style. His message is that every problem has a solution and the comedian attempts to examine a diverse range of social and cultural problems that are faced by Americans.

Each season tackles different issues and while some of the problems tackled in the initial season are centered around gun violence, mental health problems, and millennial problems, the second season takes a look at things like labor problems, higher education problems, and problems of inequality. It is evident in some parts that Cenac is spitballing at the solutions, but the way he approaches the problems itself in a balanced manner, portraying the issue at hand and drawing attention to it, is commendable.

The best part is that Cenac is not out to make the same old liberal points that do not ultimately have a lot of impact. A critic rightly said, “The loose structure of the show—there’s no real monologue, but there are segments and cheeky, animated asides—mirrors Cenac’s desire to map out a blueprint for change. He knows this means there will be a few, if not many, wrong turns and dead ends, but he’s not afraid to admit he doesn’t have all the answers.” All throughout the show, the viewers are guided by Cenac’s genial approach and self-possessed humor, which makes the show a very entertaining watch.

In today’s day and age, we are often a little too self-absorbed to take note of what is going on around us or to realize that a lot of people do not come from the same set of intersectional privileges that we appear to take for granted. Thus, we need an eye opener like ‘Wyatt Cenac’s Problem Areas’ from time to time.

‘Wyatt Cenac’s Problem Areas’ Season 2 premiered on April 5, 2019. As far as the next season goes, we have bad news for the fans. On June 7, 2019,  show’s creator Wyatt Cenac, himself, announced cancellation of the show.

Tonight is the series finale of @ProblemAreasHBO.
I guess we were another casualty of that dragon fire at King’s Landing?
Sad there won’t be season 3 or 17, but appreciate everything and everyone who made seasons 1 & 2 possible, whether that was working on it or watching it.

Unless some other network picks up the show, ‘Wyatt Cenac’s Problem Areas’ season 3 stands cancelled.

You can check out the trailer for Season 2 of ‘Wyatt Cenac’s Problem Areas’ below. If you have not seen the series, you are missing out on a piercing attempt at raising social awareness. This show deserves a watch.