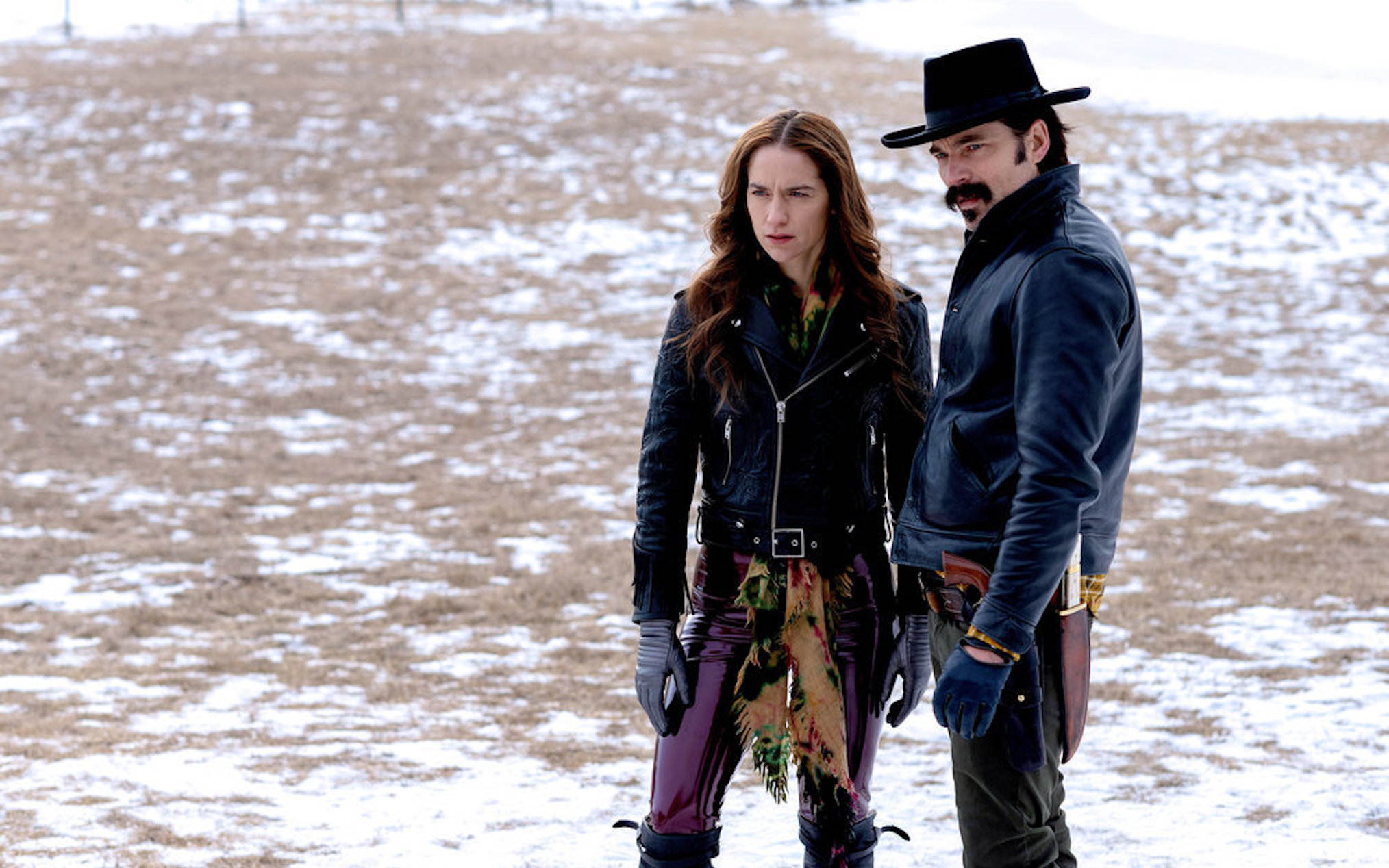 ‘Wynonna Earp’ is a horror tv series, developed by Emily Andras, and adapted from the eponymous comic book series by Beau Smith. The show airs on Syfy and follows the titular protagonist who happens to be the great-great-granddaughter of the iconic lawman Wyatt Earp. She returns to her hometown called Purgatory with a mission to slay the revenants, reincarnated outlaws who had been killed by Wyatt

‘Wynonna Earp’, which is currently in the midst of its fourth season, aired its last episode on August 30, 2020. And since then, the show has gone on a hiatus. So when do the new episodes return. Let us get started.

‘Wynonna Earp’ season 4 episode 6, titled ‘Holy War Part Two’ released on August 30, 2020. However, because of the COVID shutdowns, the season could not complete filming all of its 12 episodes at one go. Therefore, it was split into two parts. Filming again resumed in July 2020 and has now been completed. Although no release date has been revealed yet, we do know that ‘Wynonna Earp’ season 4 episode 7 will release sometime in 2021, on SyFy.

If you are in the US, you can easily catch up on the latest episodes of ‘Wynonna Earp’ as and when they drop on SyFy. Needless to mention, you will need a cable package. If you have a cable login, you can catch the season on-demand or online at SyFy’s official website. If you are a cord-cutter, you can resort to the multiple live TV streaming services, namely, Sling TV, YouTube TV, Fubo TV, and AT&T TV Now. Additionally, already released episodes can be rented or bought on Amazon Prime Video. International viewers can catch the show on Netflix.

In episode 6, we are taken to Shorty’s Bar where Jeremy gears up to transfer Nicole’s consciousness into one of the regurgitated frogs. At the same time, he attempts to lower the body temperature of the human Haught, who is close to freezing to death as she lies in an ice bath. On the other hand, Sheriff Nedley conjures a chain of spells. Waverly enters and she is perplexed seeing her-girlfriend’s-mind-in-a-frog development. At the Junkyard, mamma Clanton tries to counteract Jeremy’s exorcism by muttering a hex of her own. She is able to transport her monster son Billy into Waverly.

Wynonna and Doc get into a squabble with Rosita, who had been on the run from some Revenants. They want to get Rosita off the island in exchange for the Peacemaker. Sheriff Holt and Wynonna travel in separate cars and arrive at the junkyard where Holt discovers that his mon is dead. He and Wynonna get ready to fight but at that precise moment, Doc fires a warning shot in the air. He manages to coerce Holt and Wynonna shoots the Clanton heir in the back. The episode wraps up with the squad gathering at the homestead to celebrate life. Waverly purposes to Nicole while Doc leaves the place for an unknown destination.