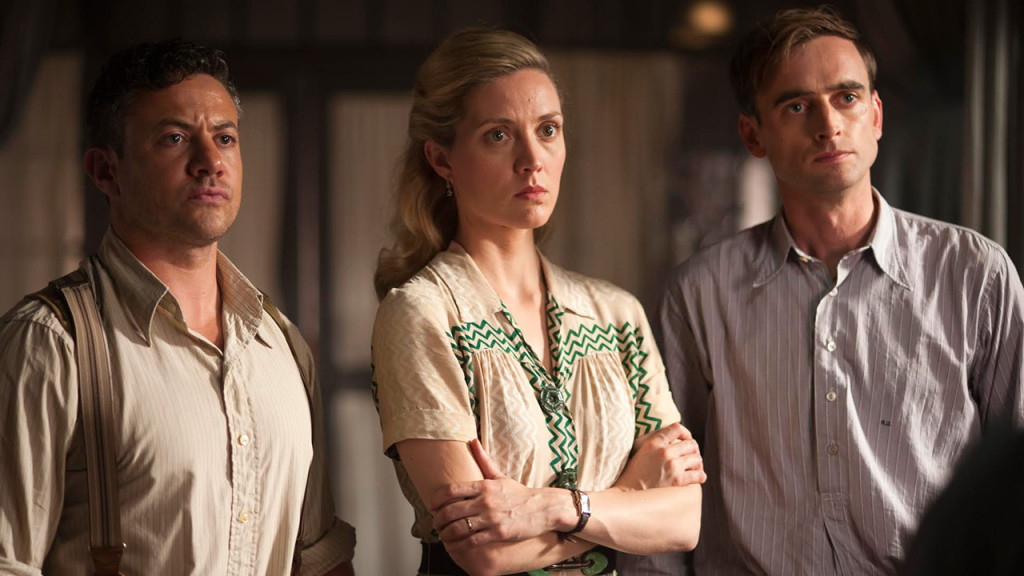 Do you enjoy spy thrillers? Maybe World War II tickles your fancy? Maybe you love the tight sensation that spy stories set in the World War II period tend to have. If you check off these boxes, then ‘X Company’ is like a dream come true, for you.

The series airs on CBC and first premiered on February 18, 2015. This Canadian and Hungarian spy thriller has been created by Mark Ellis and Stephanie Morgenstern. The show is set in the Second World War, and the narrative follows five recruits, who have different abilities. They are torn from their normal lives to train as spies in the super secret facility called Camp X. I know what you are thinking. A super spy training center? That’s so cliched for television. Well, you will be surprised to know that Camp X is actually a place near Lake Toronto, east of Ontario. It used to be a secret training facility and was declassified in the 1980s. Who would have thought that the first Allied spy training facility was in Canada!

Anyhow, this series tries to center the narrative around some true events of that time, which we are most likely unaware of, but the show fictionalizes them. This approach to the thrilling content led a critic to remark ” ‘X Company’ is another history lesson CBC is offering audiences, and it nails it once again”.

X Company Cast: Who is in it?

Inspired by the true story of a top-secret Allied spy training facility in Lake Ontario, the series ‘X Company’ stars Évelyne Brochu, of ‘Orphan Black‘ fame, as Aurora Luft and Jack Laskey as Alfred Graves. Other cast members include, Warren Brown as Neil Mackay, Dustin Milligan as Tom Cummings, and Connor Price as Harry James. We also have Hugh Dillon starring as Duncan Sinclair, Lara Jean Chorostecki, who appeared in ‘Hannibal‘, as Krystina Breeland, Torben Liebrecht in the role of Franz Faber and Livia Matthes as Sabine Faber.

Basically, Duncan is the commander of the unit, while Alfred is his newest and most controversial recruit. The man was sidelined in the army because he could not pass the psych eval. However, he is a savant with a photographic memory, but there is a downside since he is easily overwhelmed by loud noises, which is inevitable at times of war. His fellow teammates are Neil, an ex-cop, Aurora, a multilingual expert infiltrator, Tom, an ad man turned into a propagandist and specialist at disinformation, and Harry, a Canadian engineer who is good at detonations.

X Company Plot: What is it about?

‘X Company’ is a pristine story about spy craft and the heroes that led the charge to change the world. Set in the perilous era of World War II, the show follows the stories and experiences of five highly adept recruits as they are torn from their lives, to train as agents at a secret training facility situated on the bank of Lake Ontario, Canada, called Camp X. The agents face risk, torture, and death in each operation, behind enemy lines where anything is fair game, and sabotage, deception, and glamour are the elements of everyday life, and it is up to them to navigate out of those situations where no rules are applicable.

While the show takes a while to find its stride, the later episodes show how well the team gels. The members have a tough time at first getting past Alfred’s quirks. However, they soon realize that there is more to this man than meets the eye. True to any spy story, the agents check in with Camp X now and then, but the main story takes place on the field. We see a variety of missions, including getting a man to safety after he has escaped a concentration camp, so that his tale can be told. The plot usually sees the spies fight alongside French resistance, doing their best to stop the Nazis while protecting and helping civilians at the same time.

They truly define resistance as a hashtag, as it is often used nowadays. Risking their lives, these ordinary people come together to perform extraordinary feats and prove that anyone can be a hero if they are willing to step up. The ‘X Company’ also manages to tell a lesser known story about World War II, while packing in a lot of action and emotions, making this a truly enjoyable show to watch.

X Company Season 4 Release Date: When will it premiere?

‘X Company’ Season 3 premiered on January 11, 2017. As far as the next season goes, we have bad news for the fans. On September 1, 2016, it was announced that third season would be the final one. Obviously, the announcement gave the showrunners a chance to wrap the series neatly and tell the story they wanted to. The idea here was to familiarize people with the story of Camp X, by telling the tale of this group of spies from different works of life, who team up to fight the Nazis in World War II.

There might a slim possibility that some other network picks up the show at some point in thr future and continues or reboots it. If that happens, we will update you about ‘X Company’ Season 4 release date.

You can check out the trailer for ‘X Company’ season 3 below.