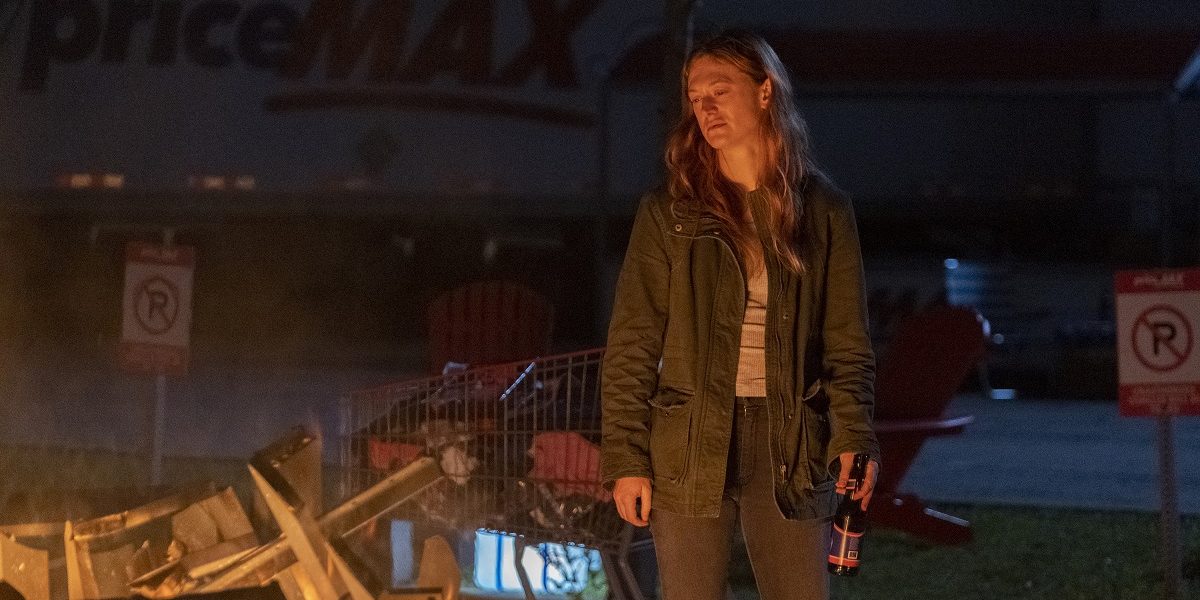 ‘Y: The Last Man’ is an engaging story that puts the old ideas of gender conformity to the test while also highlighting the need for open conversation about gender identity. The show’s narrative also examines the role of women in society. These elements are the show’s strength and are on full display in the eighth episode. It focuses on the situation of Roxanne’s group, which is driven by their misandric views.

However, the episode smartly questions whether such views have any place in a world that is practically devoid of men. The gripping episode sets the group in a new direction that is poised to create some compelling drama in the next installment. If you are curious to find out what happens to Hero and her friends in ‘Y: The Last Man’ episode 9, here’s everything, you need to know in that regard!

‘Y: The Last Man’ episode 9 will release on October 25, 2021, at 12 am EST on FX on Hulu. The post-apocalyptic show’s debut season comprises ten episodes which are 47–54 minutes in length each. The final episode will premiere a week after the penultimate episode on Monday.

Where to Watch Y: The Last Man Episode 9 Online?

To watch ‘Y: The Last Man’ episode 9, you can head to Hulu. The new episode will become accessible to users of the service from the date and time stated above, under the FX on Hulu section. The series is streaming exclusively on the platform and cannot be watched elsewhere.

Episode 9 of ‘Y: The Last Man’ is titled ‘Peppers,’ and it is likely to focus on Roxanne and her group relocating to a new place after the destruction of the PriceMax. Without their abundant food supply, the women might struggle on the road. The lack of supplies could also become a cause of tension among the group. Meanwhile, at the Pentagon, Jennifer and Kimberley will likely have to keep their political differences aside and fight a new threat. The group of citizens Beth is working with could turn out to be that unexpected threat.

‘Y: The Last Man’ episode 8 is titled ‘Ready. Aim. Fire.’ In the episode, Roxanne threatens Kate to keep a secret and shoots her when the woman tries to flee. Meanwhile, Hero and the other Amazons do some shooting practice, and Roxanne is particularly impressed with Hero’s skills. Nora learns that Roxanne is planning to ask her and Mackenzie to leave their hideout. She confronts Roxanne and pleads to allow them to stay but to no avail.

In a flashback, we learn that Roxanne saved her current followers from a domestic violence shelter and worked hard to make the PriceMax a home for her. She then invited the ladies to live with her. In the present, Nora tries to convince Sam to run off with her, also taking Hero with them. Although Sam rejects Nora’s offer, he does plan on leaving PriceMax. He speaks to Hero, and they get into an argument.

Later at night, Sam gathers some supplies and heads off but is caught by Roxanne. However, she lets him go after seeing that he has only taken a couple of days worth of supplies. Nora sets the PriceMax on fire, causing a commotion. Through flashbacks, we learn that Roxanne is not actually a cop but a store assistant who worked at the PriceMax before the apocalypse. In the present, Nora discovers Roxanne’s work name tag and learns her secret. She blackmails Roxanne into letting her and Mackenzie stay with the group. The episode ends with Roxanne gathering the women and citing the Amazons as a source of inspiration for them to move forward.