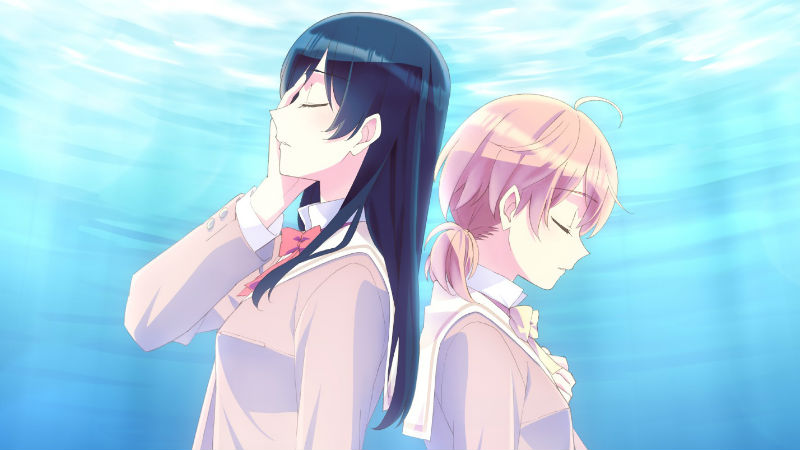 Bloom Into You (also known as Yagate Kimi ni Naru in Japanese) is a romance anime television series which is based on a yuri manga series of the same name. Written and illustrated by Nio Nakatani, the manga series was first published in the monthly manga magazine Dengeki Daioh on April 27, 2015, and new chapters are being published to this day. In 2016, the manga series was also licensed for an English release in North America by Seven Seas Entertainment, and the first volume was published in North America in 2017. Months later, a Japanese anime studio called Troyca announced plans to adapt the manga series into an anime television series and Bloom Into You season 1 premiered on October 5, 2018. It was very well received by fans of the manga series and new viewers alike, and since then, fans have been waiting to hear news on a second season. Here’s everything we know about Season 2 of Bloom Into You thus far.

Bloom Into You Season 2 Release Date: When will it premiere?

Bloom Into You season 1 premiered on October 5, 2018 and ran for 13 episodes till December 28 of the same year. However, in spite of its popularity, a second season has not been announced yet.

That being said, there’s no reason to get worried about the future of the show yet. Anime shows sometimes take a few years to renew and hence, there’s plenty of time left for Troyca to announce a second season. Further, since new chapters of the manga series are still being published, there is definitely no dearth of source material for a second season. Considering this fact, and considering the popularity of the series both in Japan and abroad, we think that there’s a good chance of Bloom Into You being renewed for a second season. Our best guess, keeping everything in mind, is that Bloom Into You season 2 release date could be sometime in 2022. However, nothing is set in stone in the anime industry and we can’t be certain about what lies in store for Bloom Into You till Troyca makes an official announcement on the show’s future. We’re keeping our ears open for news on Season 2 of Bloom Into You and we’ll update this section as soon as we hear something reliable.

Bloom Into You English Dub:

You can watch ‘Bloom Into You’ HiDive with its original Japanese audio and English subtitles.

Bloom Into You Plot:

Bloom Into You revolves around a freshman high school student named Yuu Koito. Having always loved shoujo manga, Yuu waits for the day she gets a love confession, hoping to experience all the feelings which are described in shoujo mangas. However, when Yuu’s classmate from junior high confesses his feelings for her, Yuu feels unexpectedly and disappointingly hollow. Following this experience, Yuu becomes convinced that she is only capable of understanding romance as a concept, not feeling it first-hand.

Confused about her feelings for the boy, Yuu enters high school, still unsure about how to respond to him. However, when Yuu witnesses the beautiful and flawless student council president, Touko Nanami, maturely turn down a suitor, she feels compelled to ask her for help in her case. When Yuu does approach Touko to ask for advice, she is taken aback when Touko confesses her feelings for her! Although bewildered at first, Yuu soon finds herself falling for Touko, and she starts realizing that this was the experience she had been waiting for all her life.

Bloom Into You Characters:

Bloom Into You has a limited number of characters and only a few among them are central to the plot of the show. Below, we’ve provided you with brief backgrounds on each of the characters who are important to the show.

Yuu Koito: One of the two main protagonists of the show, Yuu is a shoujo manga-loving high school student, and is someone who has been fascinated with romance from a young age. In spite of Yuu’s longing to feel in love with someone, she finds it difficult to reciprocate feelings when her male peers confess their feelings. As a result, Yuu becomes convinced that she can only understand and fantasize about romance, and cannot experience it first hand. However, this all changes when Touko confesses her feelings to her, and Yuu realizes that she didn’t feel anything for the boys who confessed to her as she is lesbian.

Touko Nanami: The second main protagonist of the show, Touko is a second-year high school student at the school Yuu transfers to. Beautiful, confident, and ambitious, Touko is the flawless student everyone aspires to be. Although people mostly think of her as a steady and desirable young woman, Touko actually has insecurities about people comparing her to her deceased sister. In fact, the only person who can sense Touko’s vulnerability is Yuu. Further, like Yuu, Touko has trouble reciprocating feelings when her male peers confess their feelings for her. She later realizes and comes to terms with the fact that she’s actually lesbian, and her love life lights up after she confesses to Yuu and the two start a relationship which helps them both grow as individuals and as a couple.

Sayaka Saeki: An important character in the show, Sayaka is Touko’s best friend since the first year of high school, and is the vice-president of the student council. Sayaka feels that she knows Touko best and even has romantic feelings for her. However, she keeps these feelings to herself as she is unwilling to jeopardize their friendship, and she makes her peace with remaining friends with and supporting Touko. When Touko and Yuu develop feelings for each other, Sayaka is the first person to realize that they have something going on between them.

Miyako Kodama: Although not a student, Miyako is frequently seen in the show. She manages a cafe which is situated close to Yuu’s high school, and the cafe is frequented by members of the student council. A loving and endearing woman, Miyako is liked by all, and she lives together in an apartment with her lover, Riko Hakozaki.