Will There be a Yanxi Palace: Princess Adventures Season 2 on Netflix? 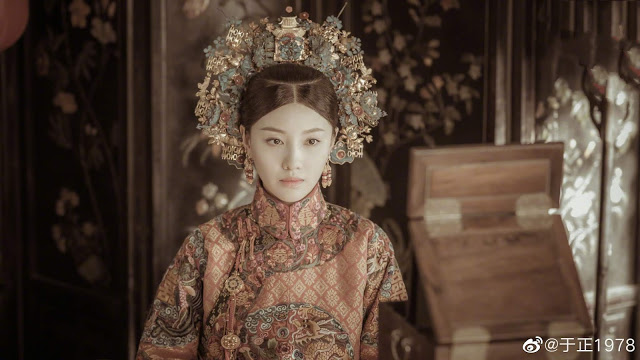 Yanxi Palace: Princess Adventures is a Chinese series that streams on Netflix. The show is directed by Hui Kai Dong and is a spin-off of the famous and successful series ‘Story of Yanxi Palace’ that first premiered in 2018. The series revolves around the princess of Qing Dynasty, who while fighting the vendetta against her family, is also fighting for the love of a Mongolian Prince.

We all are aware that Netflix is not allowed in China, but that does not stop the giant streaming platform to release original Chinese shows that are accessible to viewers all across the globe. For those who don’t know Yanxi Palace: Princess Adventures’s parent show, Story of Yanxi Palace, was such a huge success upon its release that it was streamed over billion times and became one of the most searched tv shows on Google in 2018.

Yanxi Palace: Princess Adventure season 1 premiered on December 31, 2019, on Netflix. If you like intense drama that has elements of rivalry, jealousy, romance, betrayal, intricate plotting and a lot more, then we suggest you bookmark the show right away.

As far as the next season goes, Netflix hasn’t made an official announcement yet. But we do believe the show will get renewed. There are several reasons for that. First, as we mention in the previous section, the parent show is extremely popular and the characters have become household names. Netflix would surely want to cash on the popularity. Second reason is that most of the Chinese shows that the streaming giant has produced has went on to receive at least two seasons.

So, while we wait for an official word, we are going to go ahead and make the prediction that Yanxi Palace: Princess Adventure season 2 will release sometime in December 2020.

Wang Herun plays the role of Princess Rain Wang, who is also the seventh Princess Zhaohua. Herun is a Chinese actress, who in the past has appeared in series like ‘The Longest Day in Chang’An’ as Wen Ran, ‘The Story of MingLan’ as Sheng Hualan, ‘Ruyi’s Royal Love In The Palace’, ‘Memories of Love’ as Xin Chen, and more. She has also starred in the movie ‘Yesterday Once More’ as Lu Tiantian. Wang Herun has appeared in ‘Story of Yanxi Palace’ in supporting role as her original character Princess Zhaohua.

Wu Jinyan plays her original character from ‘Story of the Yangxi Palace’, Wei Yingluo, mother of Rain Wang. Wu Jinyan, apart from her performance in ‘Story of the Yanxi Palace’, is best known for her roles in ‘Beauties at the Crossfire’, ‘The Legend of Haolan’, ‘Forever Young’, ‘Mr. Six’, ‘Born To Be Wild’ and more.

Nie Yuan plays the role of Emperor Qianlong, father of Rain Wang. Nie Yuan is a famous Chinese actor best known for his performances in ‘Fox Volant of the Snowy Mountain’, ‘Carol of Zhenguan’, ‘Three Kingdoms’, ‘Journey to the West’, ‘Brotherhood of Blades’, ‘The Lost Bladesman’ and more. Wang Yi Zhe plays the role of Fu Kangan, the Mangolian Prince. Wang Yi Zhe is best known for his roles in ‘Miss Truth’, ‘100 Reasons Not Be A King’, ‘Untouchable Lovers’ and more.

Apart from them, the cast also includes Wang Yuwei and Xu Xiaonuo.

Yanxi Palace: Princess Adventure Plot: What is it about?

By the end of ‘Story of Yanxi Palace’, we see that Wei Yingluo, who originally did not belong to any noble caste and was an illiterate, is elevated to the position of ‘Imperial Noble Consort’, the highest rank that can be offered to someone from a non-noble background. Her relationship with the Emperor gets stronger over time and they also have a daughter Rain Wang, the seventh Princess Zhaohua.

The story of ‘Yanxi Palace: Princess Adevnture’ focuses on the life of Rain Wang. She has come of age and the family is in the search for a suitable husband for her. Between the political intricacies of selecting the right groom, she meets with Fu Kangan and a treacherous terrain of romance begins. At the same time, she is also fighting the vendetta against her family.

Check out all the episodes and the trailer of the show on Netflix.