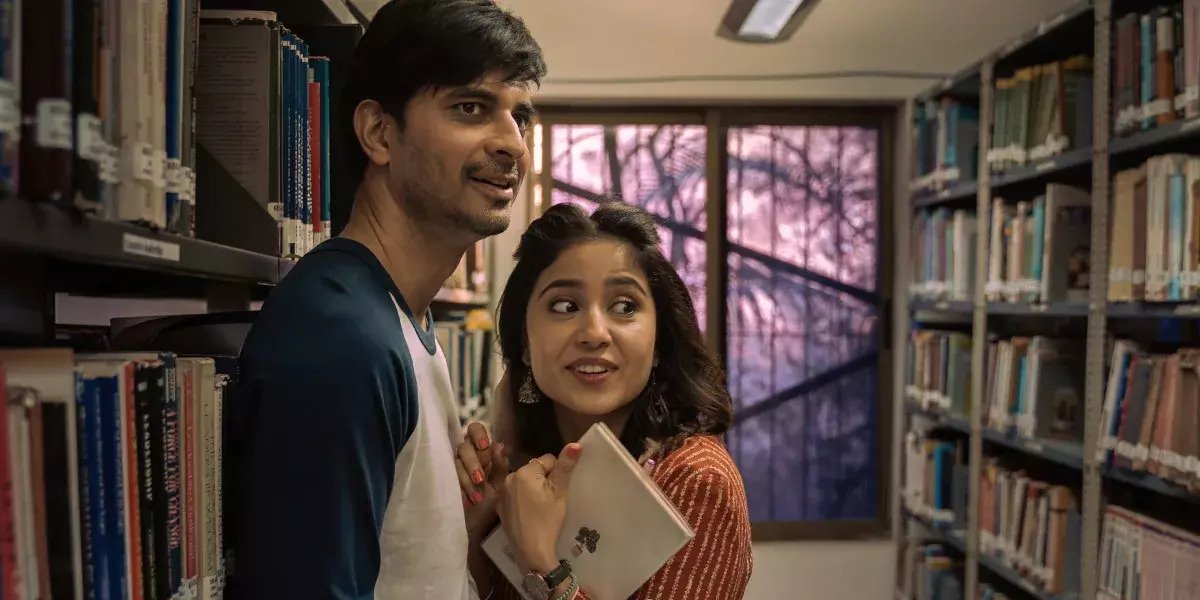 Created by Sidharth Sengupta, ‘Yeh Kaali Kaali Ankhein’ (AKA ‘These Black Black Eyes’) is a Hindi-language crime series that is basically a twisted love story. It follows a small-town guy who finds himself in a tricky love triangle. Purva is a politician’s daughter who has made up her mind to marry the romantic and mild-mannered Vikrant. But the issue is that his heart belongs to Shikha, and yet Purva does not stop pursuing him. However, things take a dark turn when Purva becomes aggressive about winning Vikrant’s affections, so much so that she begins hurting his near and dear ones.

As Vikrant begins to feel the noose tightening around his neck, his desperation starts to become quite deadly. Originally premiered in January 2022, the show garnered a lot of interest owing to its intriguing storyline and incredibly talented cast. Moreover, the series seems to appeal to a wide audience as it has a little bit of everything – romance, comedy, psychological drama, and action. After binge-watching the first season, you must be wondering if there will be a follow-up installment. In that case, let us share with you everything we have found!

‘Yeh Kaali Kaali Ankhein’ season 1 released in its entirety on January 14, 2022, on Netflix. The show’s debut round comprises eight episodes that run for 31-51 minutes each.

As for the show’s sophomore edition, here is all we know. Currently, neither Netflix nor the show’s creator has made any formal announcements regarding another season. However, the cast appears to be quite optimistic. In an interview on January 12, 2022, Tahir Raj Bhasin (Vikrant) admitted that he hoped for another season, provided the show continues to receive positive feedback from the viewers.

Moreover, the debut installment ends on an exciting cliffhanger, hinting that the storyline might continue with a potential season 2. But it all depends on how the show performs on Netflix. The streaming giant takes about a couple of months to decide whether or not to order a new installment. So, if the series is recommissioned by Spring 2022, it will still take months to wrap up production and post-production. Keeping everything in mind, we expect ‘Yeh Kaali Kaali Ankhein’ season 2 to release sometime in Q1 2023.

Yeh Kaali Kaali Ankhein Season 2 Cast: Who can be in it?

If the series comes back for a second round, the key cast members are likely to reprise their roles. This includes Tahir Raj Bhasin (Vikrant), Shweta Tripathi (Shikha), Anchal Singh (Purva), and Surya Sharma (Dharmesh). In addition, Saurabh Shukla (Akheraj Awasthi), Brijendra Kala (Suryakant), Vishal Dahiya (Gadre), Arunoday Singh (Godji), and Anant Joshi (Golden) portray characters that are crucial to the storyline. We may see some fresh faces if new characters are introduced in the prospective season 2.

Yeh Kaali Kaali Ankhein Season 2 Plot: What can it be About?

In season 1, Vikrant ends up marrying Purva even though he still wants to be with Shikha. While Purva’s family begins to get him involved in their shady business, he hatches a plan to get rid of Purva and start a life with Shikha. Out of options, he hires an assassin to kill Purva and orders a hit on a couple of her henchmen. But things take an unexpected turn in the season 1 finale when the killer – who goes by the name Godji – kidnaps Purva instead of killing her and demands more money.

If there is a season 2, we will see what lies ahead for Vikrant, who is now at the mercy of Godji. If Godji reveals the truth about Vikrant, he could be in dire trouble with Purva’s family. Moreover, that could put his own family at risk, especially since Purva is aware that Suryakant had something to do with her money that went missing. We are yet to learn what happens to Shikha, who is on the verge of getting married to another man. Is she willing to risk it all once again just to be with Vikrant? All this and more is likely to be answered if the show returns for a second round.