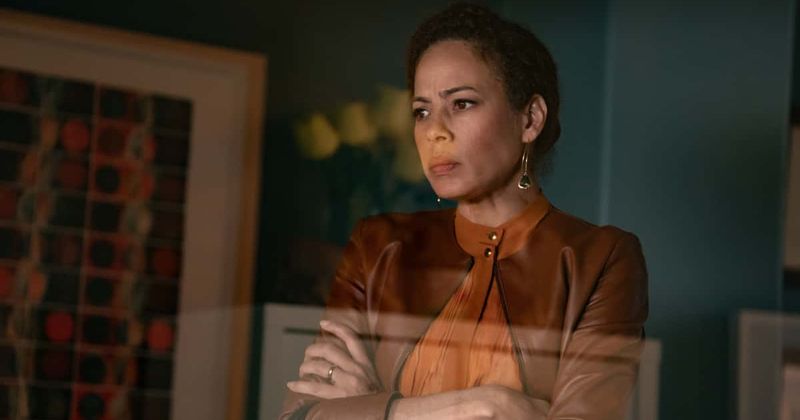 ‘Yellowjackets’ is a thriller drama series that tells the story of a high school women soccer team that gets stranded in the Ontario wilderness after a plane crash in 1996. Initially, they co-operate with each other in their collective struggle to survive. But as the resources become scarce, desperation brings out the monsters within. In 2021, the survivors deal with the threat of getting their dark secrets exposed. If you are wondering what is in store for you in the next episode, we got you covered.

‘Yellowjackets’ episode 7 is set to release on December 26, 2021, at 10 p.m. ET on Showtime. The series comprises ten hour-long episodes airing every Sunday.

Where to Watch Yellowjackets Episode 7 Online?

You can watch ‘Yellowjackets’ episode 7 by tuning to Showtime at the above-mentioned date and time. Viewers with subscription details can catch the second episode on Showtime’s official website or the Showtime app — Showtime Anytime. The series is also available on platforms such as Sling TV, Hulu+Live TV, Fubo TV, DirecTV, Spectrum, and YouTube TV. Canadian viewers can catch the show on Crave.

In episode 7, titled ‘No Compass,’ tension will shimmer in 1996 between Jackie and Shauna as the former starts to realize that her best friend is hiding something from her. Struggling with a guilty conscience, Shauna might admit what she has done. As the food supply continues to deplete, Taissa will decide to venture toward any given direction, hoping to come across a town or a settlement at some point. We might learn how her episodes started.

In 2021, as Nat has sold her car, she has gotten the money they need to set up a trap for whoever is blackmailing them. Shauna might learn who Adam really is. It’s possible that he is somehow linked to the postcards and blackmail. Meanwhile, Misty will start to interrogate Jessica. The latter might initially underestimate the danger she is in until Misty lets loose the psychopath inside her.

Episode 6, titled ‘Saints,’ begins by showing the first instance Lottie had an episode. She ended up saving her parents’ lives. In 1996, as she doesn’t have access to her medicine, she turns to faith and starts to believe that premonitions are real. Shauna tells Taissa about the pregnancy and decides to abort using an underwire from a bra, but ultimately doesn’t go through with it. Lottie sees Taissa eating dirt at night, but the latter denies that such a thing has happened. Travis and Nat kill a deer, but when Shauna cuts its belly open, they discover that its inside is filled with worms.

In 2021, Shauna and Jeff have lunch with Jackie’s parents on her birthday. Nat sells her car to get the money they need to set up a trap for the blackmailer. Taissa is revealed to be the woman in the tree. Misty abducts Jessica and puts her in her basement, cuffed and gagged.