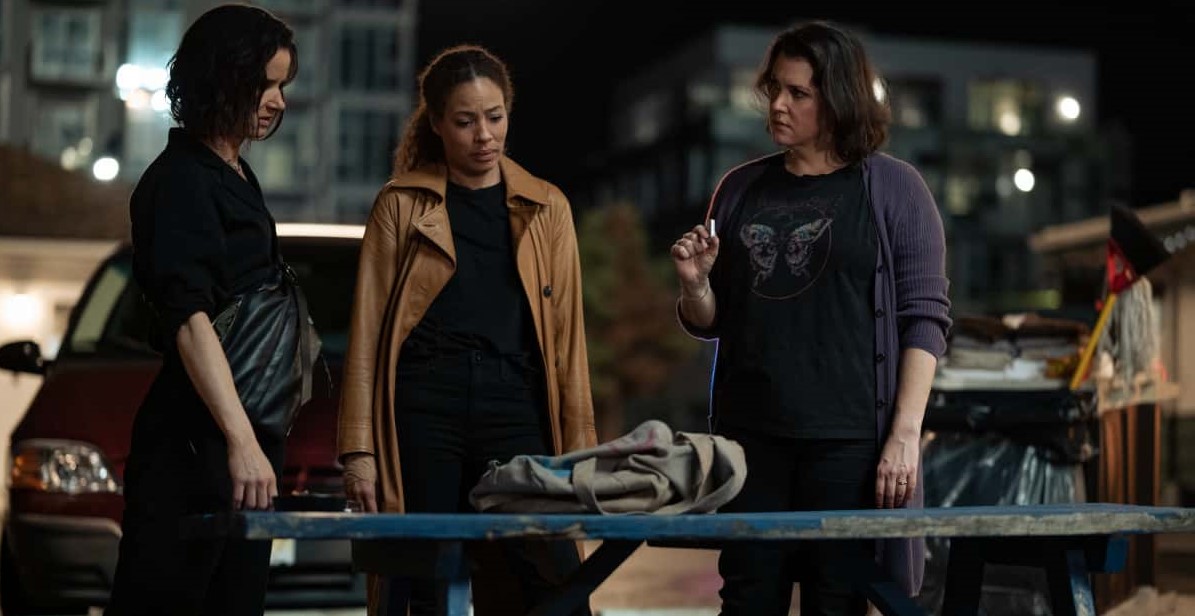 Created by Ashley Lyle and Bart Nickerson, ‘Yellowjackets’ is a supernatural thriller drama series. It revolves around a group of female soccer players whose plane crashes in the Ontario wilderness in 1996. They soon discover that no rescue is coming, and they have to fend for themselves. Initially, there is collaboration and unity. However, as winter approaches and food become scarce, the survivors resort to violence and cannibalism. In 2021, the ones who have made it out alive of their 19-month ordeal are forced to relive their past after a blackmailer threatens to reveal their secrets to the world. If you are wondering what is in store for you in the next episode, we got you covered.

‘Yellowjackets’ episode 8 is set to release on January 2, 2022, at 10 p.m. ET on Showtime. The series comprises ten hour-long episodes airing every Sunday.

Where to Watch Yellowjackets Episode 8 Online?

You can watch ‘Yellowjackets’ episode 8 by tuning to Showtime at the above-mentioned date and time. Viewers with subscription details can catch the eighth episode on Showtime’s official website or the Showtime app — Showtime Anytime. The series is also available on platforms such as Sling TV, Hulu+Live TV, Fubo TV, DirecTV, Spectrum, and YouTube TV. Canadian viewers can catch the show on Crave.

In episode 8, titled ‘Flight of the Bumblebee,’ we will probably learn whether Van is really dead in 1996. Laura Lee most likely believes that she can fly the plane they have found and might decide to do just that. Coach Scott will predictably oppose this idea, but he will be ignored. However, Lottie’s vision during her baptism involves seeing Laura Lee with burn marks. Lottie might think that Laura Lee will die in a fire while flying the plane and try to stop her friend.

In 2021, as Taissa’s condition deteriorates, she will ask her wife to leave with their son. Shauna might find glitter in Jeff’s clothes, leading her to conclude that he might be the blackmailer. Given she is the only one among the four prominent survivors who didn’t receive a postcard, Jeff’s involvement in the blackmail seems a real possibility.

Episode 7, titled ‘No Compass,’ begins as Taissa comes to her senses in 2021. She later meets up with her friends, but their attempt to capture the kidnapper isn’t successful. When Shauna returns home, Jeff is still gone, but she finds Adam standing outside. Although she is initially worried about discovery, they still end up having sex. Misty learns from Jessica that Taissa hired her, and Travis’ death was a murder. Nat ends her blooming relationship with Kevyn to protect herself and her friends.

In 1996, Shauna tells Jackie that she is pregnant but initially tries to hide that Jeff is the father. However, Jackie reads Shauna’s diary and finds out the truth. Van, Misty, and a few others accompany Taissa as the latter ventures into the wilderness in search of towns or settlements. A pack of wolves attacks them one night, and Van is seemingly killed.

Read More: Where Was Yellowjackets Filmed?