When Will Yellowstone Season 4 Episode 5 Release on Paramount? 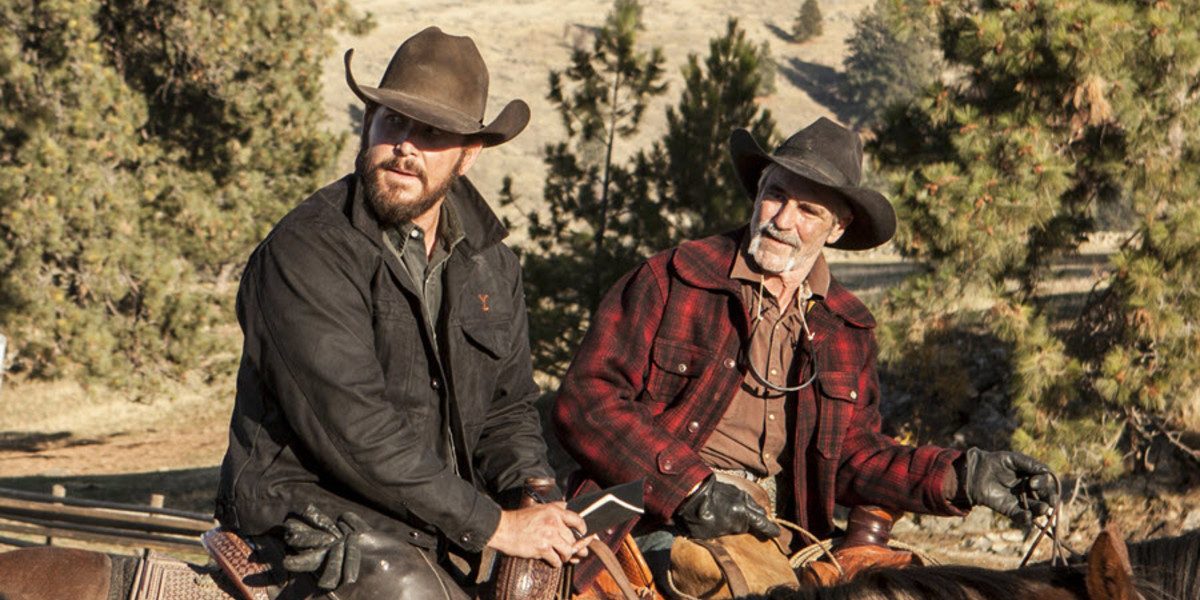 In the fourth episode of ‘Yellowstone‘ season 4, John sends Kayce to investigate the man named Riggins, who could have been hired to assassinate them. The plan is also meant to test Jamie’s loyalty to the family. Things take a shocking turn for Jamie in the last few moments of the episode. Beth finds herself in a new business endeavor while Lloyd gets into Rip’s bad side. For a better idea of the latest episode, take a look at what we have laid out in the recap. Now, here is what episode 5 could reveal!

‘Yellowstone’ season 4 episode 5 will release on November 28, 2021, at 8 pm ET/PT on Paramount. Every hour-long episode releases on a weekly basis.

Fans of the show can watch the fifth episode as and when it drops on Paramount at the date and time mentioned above. You can also watch it live on Fubo TV, DirecTV, Sling TV, Philo TV, Xfinity, Spectrum, and YouTube TV. You can also check for its availability on VOD platforms such as Vudu, Amazon Prime Video, Google Play, iTunes, and Microsoft Store. The episodes will also become available on Peacock in the near future.

Episode 5, titled ‘Under A Blanket of Red,’ might turn out to be an episode filled with violence and gore. At the end of season 3, John, Beth, and Kayce Dutton face severe threats to their lives, so we can expect history to repeat itself next week. Elsewhere, Jamie will be astonished to see his father’s name in Riggins’ list of previous cellmates. Beth’s new strategy might end up working in his favor as expected! Take a look at the promo for a better idea!

The fourth episode, titled ‘Winning or Learning,’ starts with John handing over the Riggins file to Kayce after learning more about the family’s attacker. John also puts Jamie through a loyalty test to know which side he is in. Beth meets with Caroline Warner, who is seeking the land trust that Beth set up for the Yellowstone. However, Beth is not willing to sell it. Warner is then forced to give Beth all of Market Equities’ shares in Schwartz & Meyer.

Meanwhile, Jimmy enters the Four Sixes Ranch with Travis, but as soon as he leaves, Jimmy’s paranoia resurfaces. At the Yellowstone, Lloyd has a lapse of judgment which starts a fight between him and Walker, only to be broken apart by Rip. Kayce wants the family to transfer to the reservation, but John doesn’t want them to leave. Kayce’s meeting with Jamie makes him nervous because he is asked to interview Riggins.

Jamie with his father, Garrett Randall, are planning to acquire more land and push the development of the Market-Equities-backed airport. During his conversation with Kayce, Jamie finally confirms that he is loyal to the Duttons. Jamie also declares that he was trying to squash investigations into the attack on the ranch while John was hospitalized. In the final moments, Jamie collects prison records for Riggins. The list of Riggins’ previous cellmates astonishingly includes Jamie’s father, Garrett Randall.